Once again, I've fallen behind in doing my blog recaps for the various Breaker's Club boxes.  Who knew that opening multiple boxes each week would put me behind perpetually?!

Anyhow, next week is the final week for this edition of Breaker's Club so I figure I have a bit of time to get all the boxes scanned and sorted before people will start requesting shipment of their cards.  Today's recap post will go over our box of 2002 Fleer Focus Jersey Edition which we actually opened two weeks ago.

The base set for this card is very much "Fleer" and I mean that sincerely, neither as a compliment nor a criticism.  I like the clean design, I like the team specific colors on the back, and I like team logos.  I don't care as much for the font choice (or the foil) and I don't like where the card number is placed on the back of each card.  Like I said, both good and bad here.

Each hobby box of 2002 Fleer Focus Jersey Edition comes with one oversized Materialistic card which serves as the box topper. 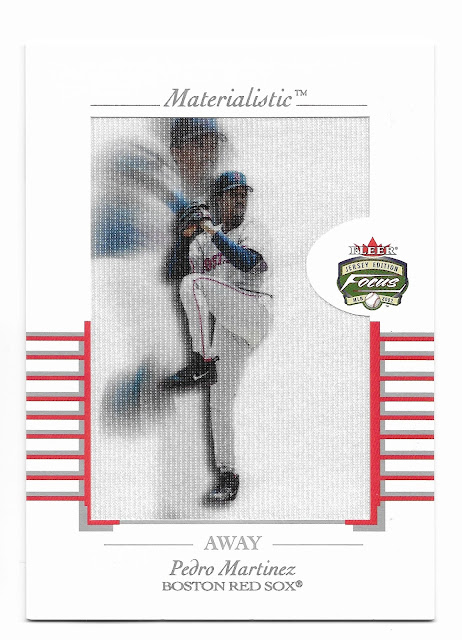 Our box gave us this gorgeous looking Pedro Martinez, a great card for the Red Sox!

Turning our attention back to the base set, we ended up pulling two parallels - both part of the Century Jersey collection (if I'm not mistaken on that). 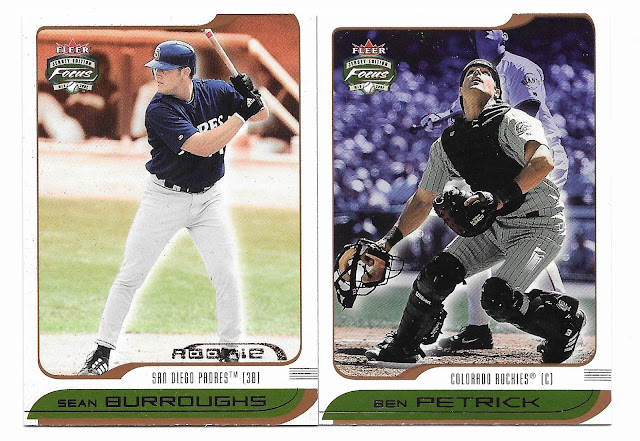 At 1:6 packs, the Blue Chips are the most common insert in the set. 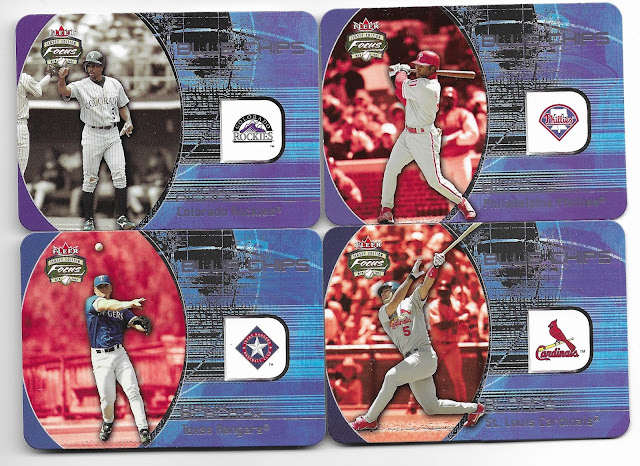 The Blue Chips are die-cut a bit (they look and feel like a credit card in hand).  As the group break host, I was glad to see a nice mix of teams represented here as well as with our next insert set - the 1:8 pack International Diamond Company.

The diamond design works well here (as does the "international" part of the theme given that you get country flags in the background).  I think these are my favorite inserts out of the box (I'm a sucker for cards with flags, as you probably know by now)! 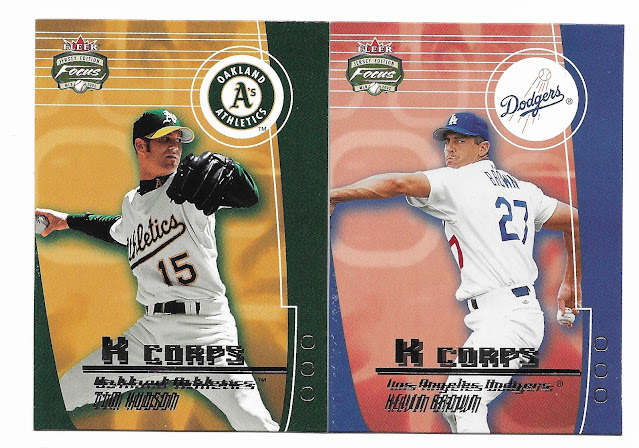 These are classic Fleer fare - unassuming but solid design.  Nothing much to talk about here, I guess I don't as excited for insert sets featuring pitchers?

Finally, each box promises one Materialistic card (regular sized card) - ours was this Griffey Jr. 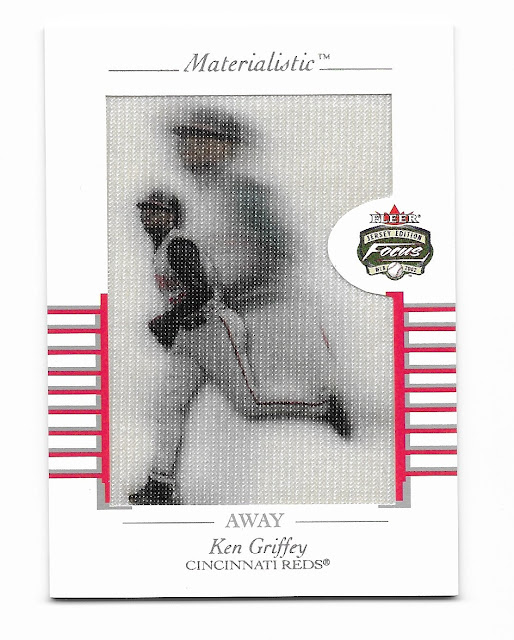 Obviously, I like this one quite a bit since I have the Reds - though I think the "blurriness" of the printed cloth works better in the larger box topper size.

And finally, our promised hit of the box: 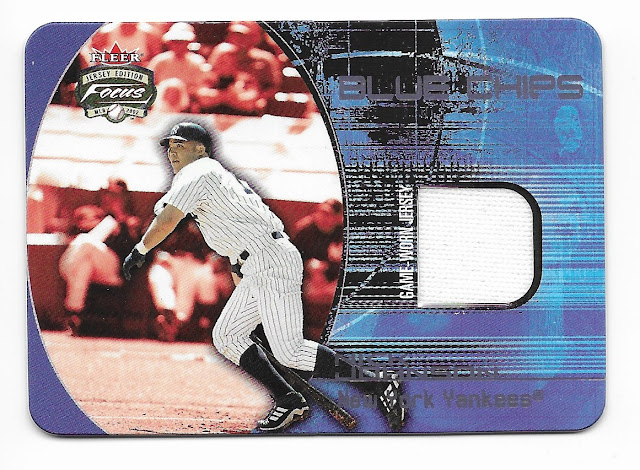 That's a Nick Johnson Blue Chips relic - basically the same design as the insert set but with the team logo replaced with a bit of cloth.  The Blue Chip relics are seeded 1:96 packs for what it's worth.

Overall, I found this box to be a good group break box - lots of base cards for every team plus a nice assortment of inserts (spread across many teams) and a promised hit.  I can't ask for much more than out of a group break box!

In addition to the box of cards, I also keep throwing in bonus packs each evening.  While I don't usually show off the cards from the bonus packs on the blog, I figured I would show off one - which is actually a coin rather than a proper card: 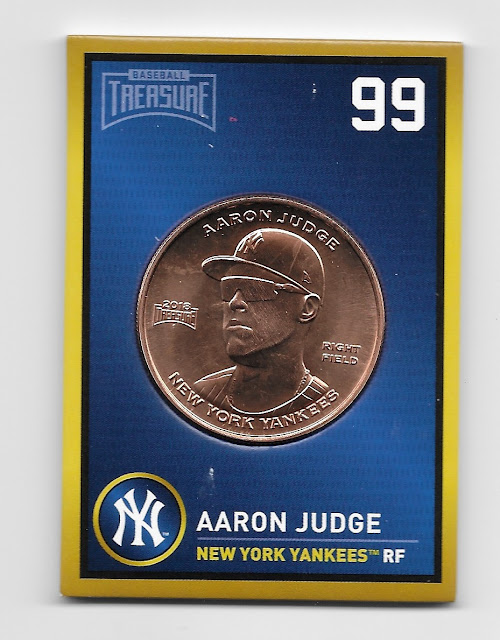 That does it for the Breaker's Club evening from two weeks ago.  Now I have to get caught up on last week's breaks!