on April 30, 2021
I have one more Breaker's Club box to recap from last week's breaks before I get to the three boxes we busted this week!  Once the recaps are done and posted, I should have all of the cards fully sorted and ready to be shipped for anyone who wants to request shipping (email me).  I'm also perfectly fine with holding on to the cards for now since I do plan to hold a third Breaker's Club with sign-ups (hopefully) coming within a week or so!
Let's not get ahead of ourselves too much though - we've got a box of 2003 Playoff Portraits to show off some of the highlights from first!
The 2003 Playoff Portraits box came with 20 packs with 7 cards per pack.  It was a nice box full of pretty cool "textured" base cards.

It's as if the cards were all oil paintings - the effect works quite nicely (and it's only used on the picture portion of the card which further adds to the artistic framing)!
There were a smattering of serially-numbered parallels spread out throughout the box: 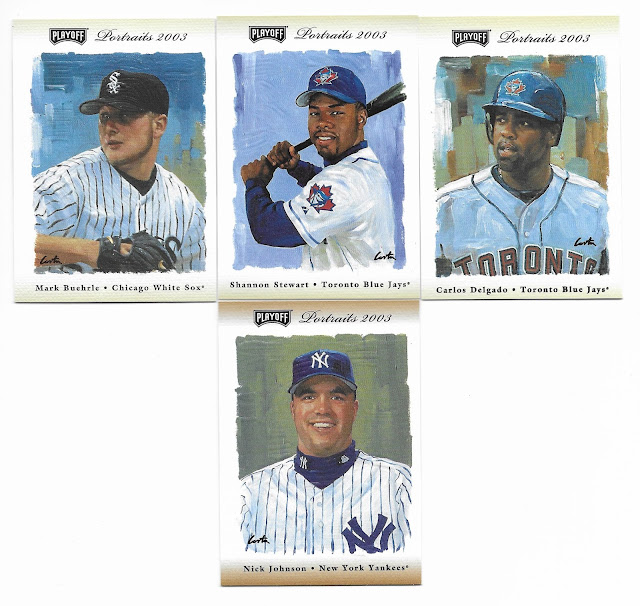 Carlos Delgado #245/250
Shannon Stewart #029/250
Mark Buehrle #104/250
Nick Johnson #097/100
From the front, you can tell if you are holding a parallel by the slight tinge of color at the top and bottom of the card's frame.
In addition, the 2003 Playoff Portraits box came with a Mike Sweeney (Royals) card on the front of it.  I mentioned during the video of the break that I'd try to peel that card off if possible and add it to the Royal's stack.  Well, you can imagine my surprise when I did manage to carefully peel the card off and that Mike Sweeney turned out to be another parallel #122/250! 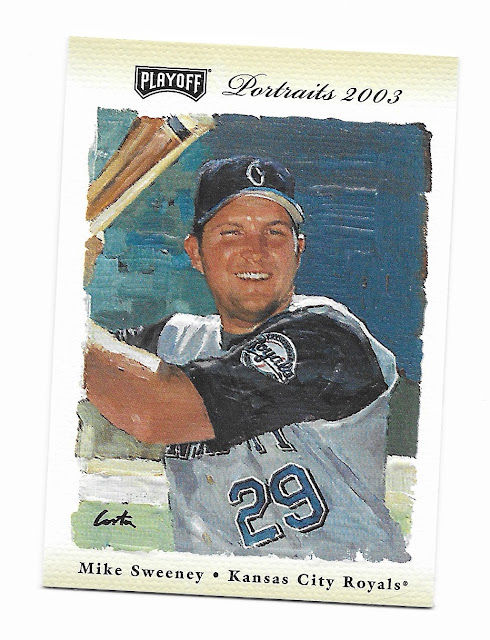 A bonus hit of sorts for the Royals' team slot and I didn't even realize it until the moment I sat down to write this post!
Finally, the hits!
Our box produced a total of four hits - all of which had the auto/relic bits on the back of the card which was kind of weird.  I guess having the fronts still be textured pictures made sticking the relic bits there too difficult for Playoff?
Also weird about the relic is that are designed to "pull out" of the card.  I'm not about to try and do that on any of them (many of the relics are "splitting" due to the built-in drawer).  That being said, if anyone of you who end up with one of these relics does decide to pull out the little tray, send me a photo of what it looks like!  I'm definitely curious.
First up, #046/100 is this Mike Piazza relic complete with a nice blue pinstripe. 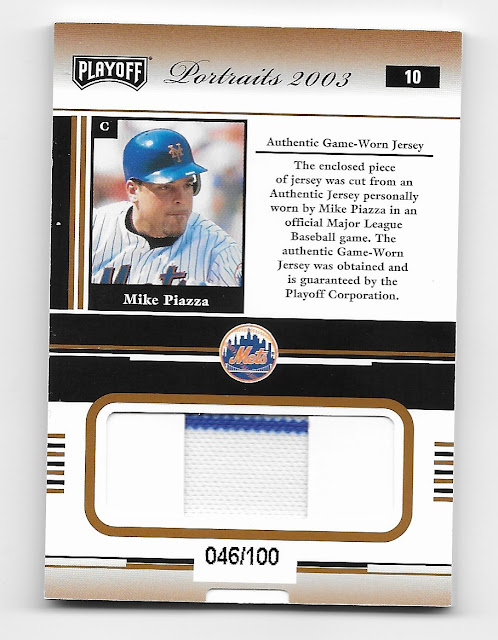 That's a nice pick-up for the Mets in the break!
Our other hit that was numbered out of 100 is this Bobby Abreu autograph #011/100. 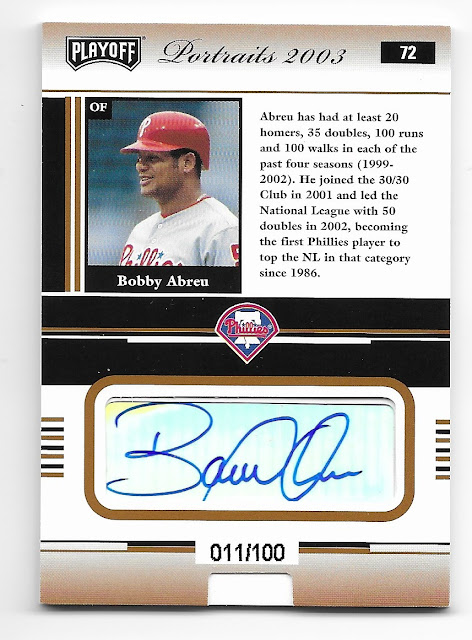 The NL East had good representation here!
Next, a relic numbered out of only 50 of Mark Buehrle (#15/50). 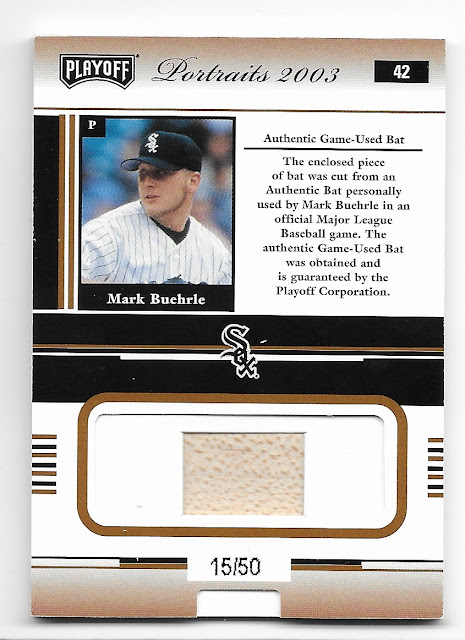 What can I say, this was a Buehrle hot box with both the relic and the parallel popping out.  Good stuff for the White Sox!
And finally, our rarest hit of the box (in terms of serially numbering) was this dual relic of Sammy Sosa. 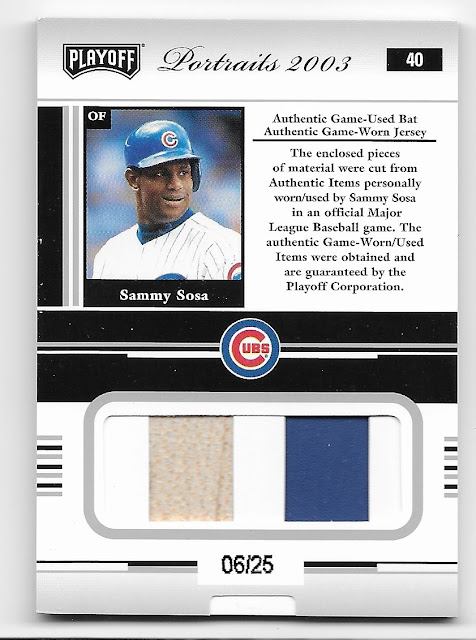 Pretty good box for the Chicago teams (both the north side and south side)!  The Sosa is #06/25 and features a game-used bat and a game-worn jersey.
Overall, I found this to be a fun box to rip for the group break.  I thought the hits were well-designed but I also like that there were some neat parallels plus a slew of quality base cards.  In that way, every team should walk away with something - a characteristic I look for in most of my group break box choices!
Nachos Grande Breakers Club Playoff Portraits 2003