Last week, we busted three boxes as part of my current Breaker's Club.  The first was 2020 Topps 206 (Series 2) which I've already recapped here.  The second box was a box of 2021 Topps Heritage...let's take a look at that box now!

Each 24 pack hobby box should yield 8 short prints (seeded 1:3 packs).  Our box didn't disappoint as we were right on the proverbial money. 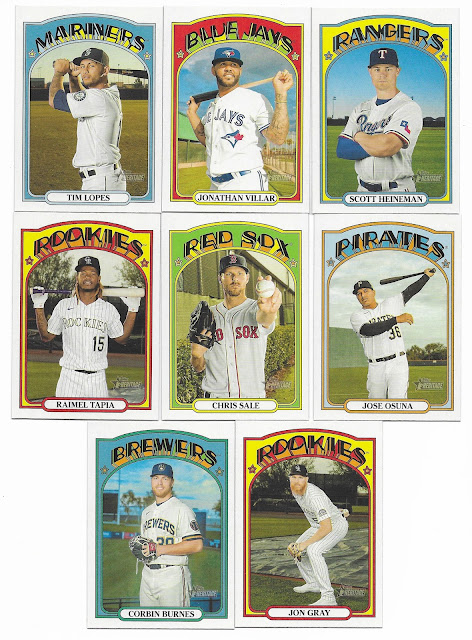 The Rockies were the big winner here nabbing two of the eight short prints (and two of the three Rockies in the short print portion of the set - the only one we didn't pull was Kyle Freeland).

Before getting to the rest of the box, I should also be sure to show off the oversized box topper: 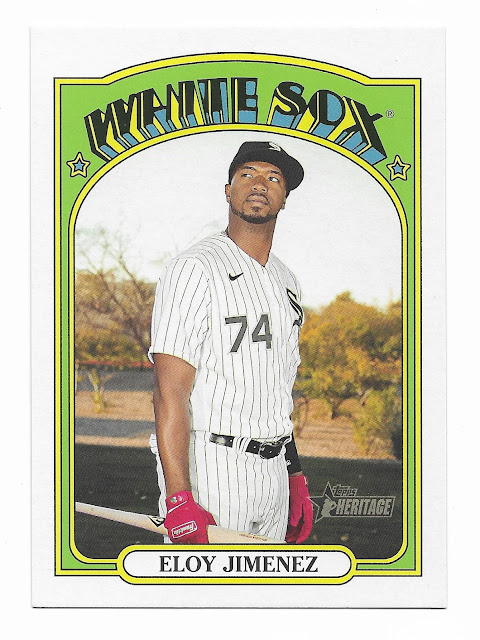 Topps Heritage is mostly about the set build (base cards and short prints) but that doesn't mean there aren't any inserts.  In our case, we ended up pulling six inserts with my favorite probably being the two Clemente cards. 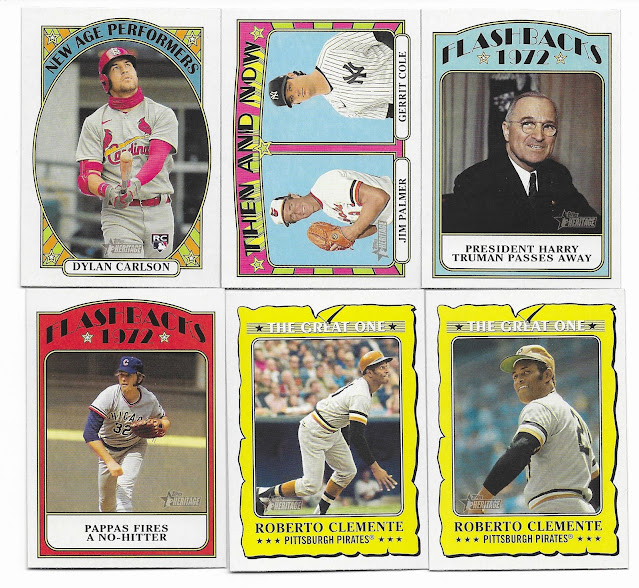 I remarked during the live video break that those New Age Performers would have looked AMAZING if they were made of clear "stained glass" acetate ala the Gallery of Heroes inserts from Topps Archives a few years ago.  Also, I have the Orioles in the Breaker's Club so that Jim Palmer / Gerrit Cole card I decided to put into the Yankees' stack without even bothering to flip a coin.  The Truman Flashback card will be randomized off at the end of the group break. 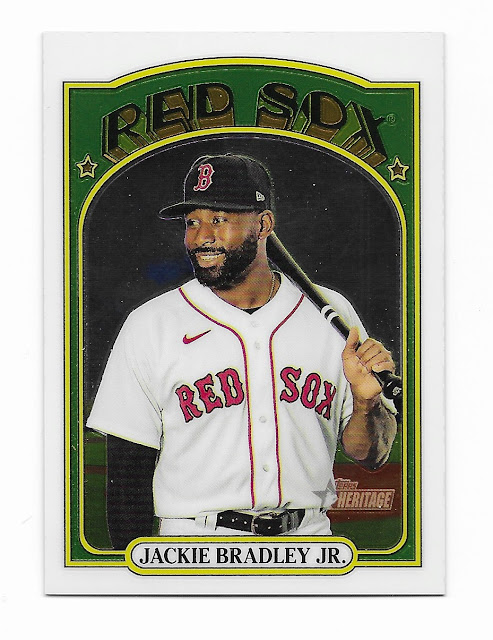 The Chrome cards seem to be much harder to come by this year!

Each box of Heritage also promises a hit - either a relic or an autograph. 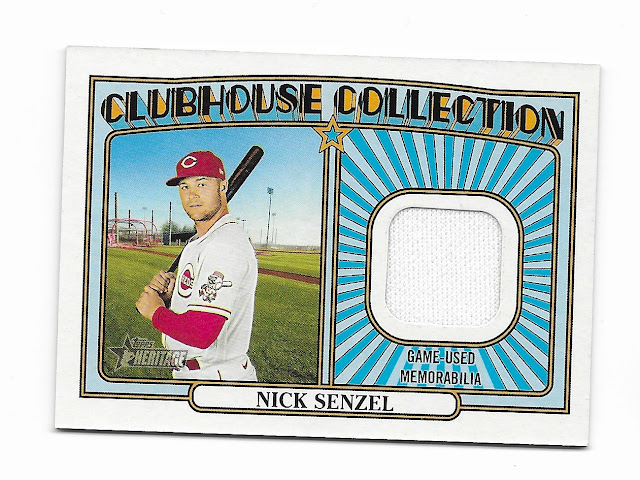 We did well here (from my perspective anyhow) by pulling this nice Nick Senzel relic. 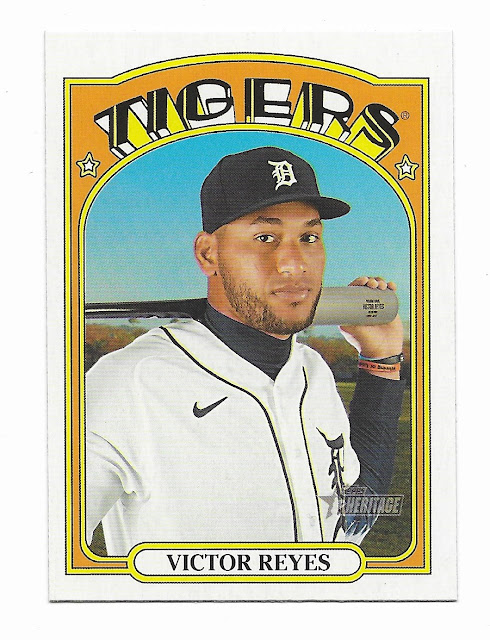 And finally, the big hit of the box - a French back card of Victor Reyes for the Tigers. 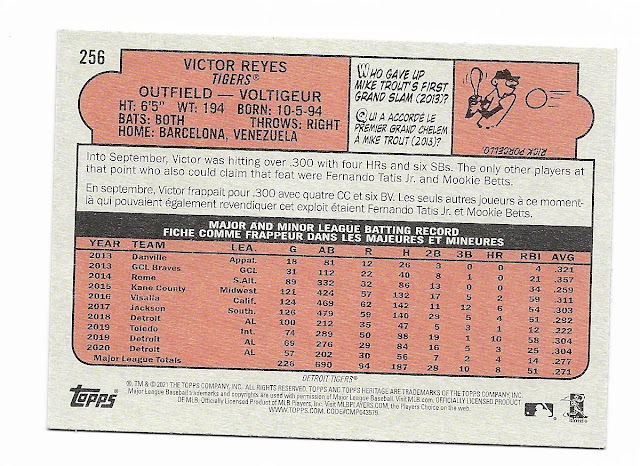 According to the pack wrapper, French text cards are seeded a whopping 1:320 packs!

Overall, I think Heritage is always a fun rip.  This year's set is nice and colorful - both on the card fronts and the card backs (there's a lot of different subsets which help to break of the set).  As usual, 100 short prints (and only 8 in a box) mean that actually building the set will be a veritable nightmare but a box or two is still a fun rip even if you don't plan to build the entire set.