on April 19, 2021
This week, I managed to be slightly more active over on TCDB than last week but it was still a relatively slow week (only five PWEs made it into my mailbox).  That being said, I did make some more solid progress on my various collections which means I'm happy!
Let's begin with one of the last couple of missing Matinee Idols cards (this one courtesy of user rmitchell6700). 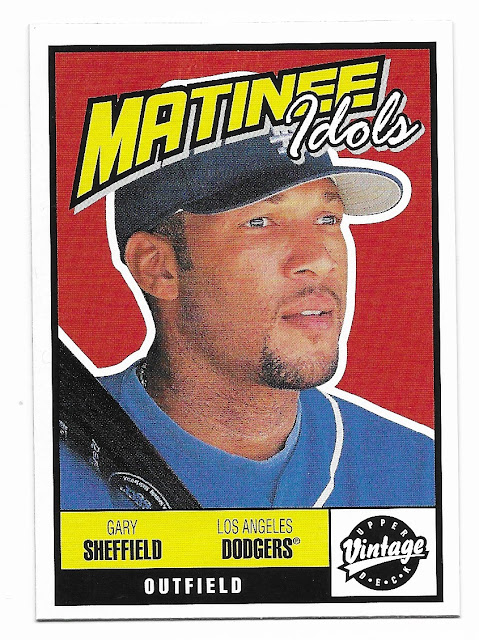 I'm now missing only Matinee Idol #M8 (Alex Rodriguez).  Once I can find that card, I'll have another completed set in 2021!
Next, from user bkim comes another pesky Topps Heritage short print. 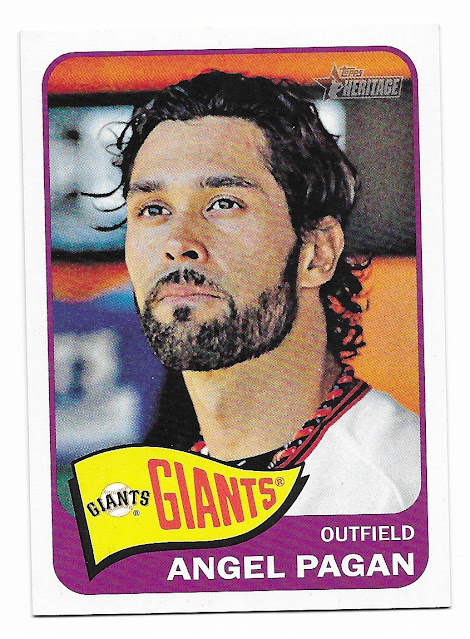 This particular card was a long time coming.  The first time bkim sent the PWE to me, it was returned back to his place by the USPS with a sticker saying the "address was vacant."  I've lived at my current location for many years now so obviously the USPS was completely wrong.  Luckily, bkim was willing to resend the PWE and it arrived safe and sound the second time around.  Weird stuff going on with the postal service, that's all I can say about that.
Moving right along, my next PWE is from user frankgifford who sent me one more card for my 2001 Upper Deck Vintage set build... 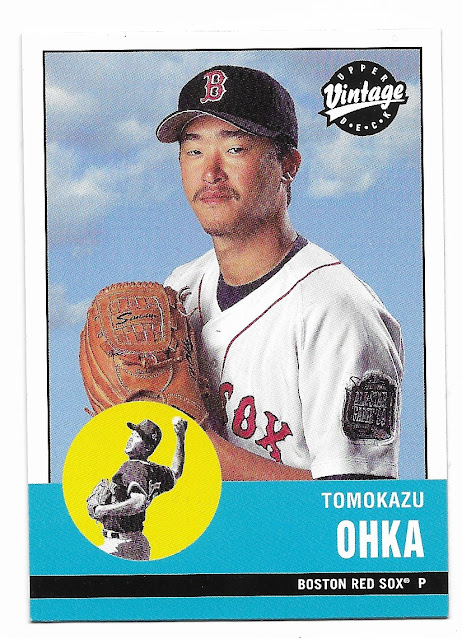 ...and six new (to me) Barry Larkin cards.  I was especially pleased to land one of the many (!) Topps Tek variations. 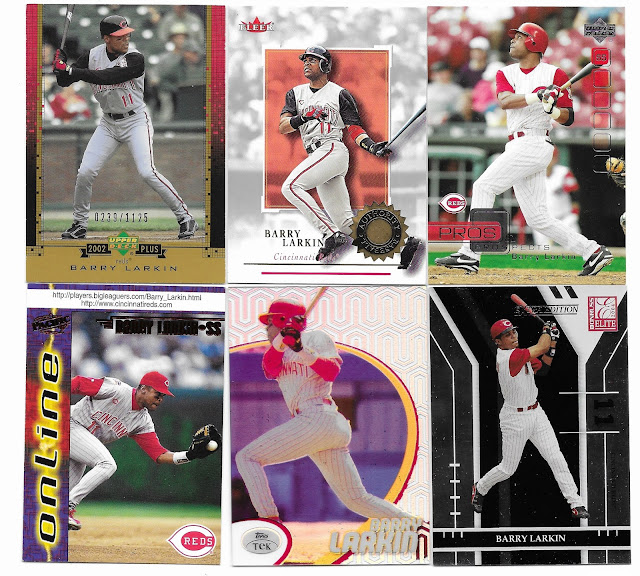 I was equally happy to land the Tomokazu Ohka card because that leaves me with needing only one more base card to complete the 2001 Vintage set (#141 Magglio Ordonez).
Next, from user mastodon comes another slew of Larkin cards - four in total including my first 2021 Donruss card of Barry Larkin. 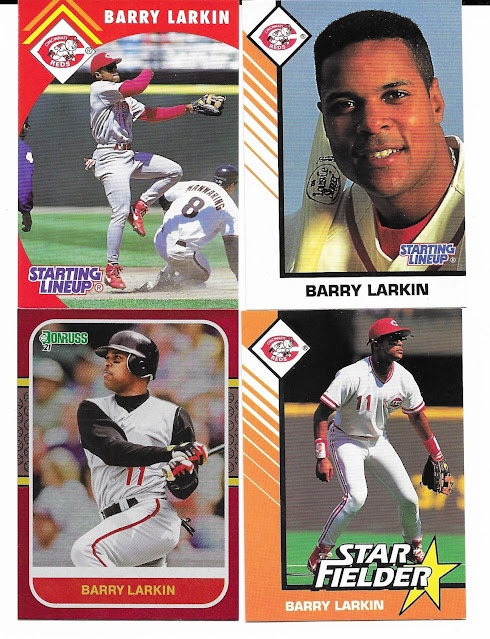 I didn't pull any Larkin cards during my 2021 Donruss group break so I was happy to get my first card from that set in a trade.  I was also pleased to land a few of the Starting Lineup cards since I never collected Starting Lineup figures as a kid (and thus I'm still missing most Barry Larkin cards from that brand)!
And last but not least comes a PWE from user saber34: 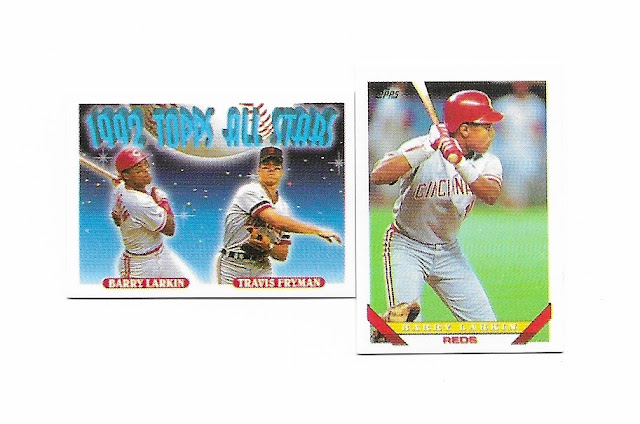 That's a pair of 1993 Topps Micro cards.  So very tiny...but now I've got the full run of Larkin cards from that itty bitty little set!
That does it for this past week on TCDB.  Like I said, not a ton of packages but I think what I did get packed a solid punch.  I'm now within a single card of a couple more sets - hopefully a future TCDB post will have me showing off the final cards from those sets.  Otherwise, it's back to the site to scour it for more cards that I need from my want list and/or more new Barry Larkin cards!
TCDB