Three More Relics Down - Only Three More to Go Before the 70 Card Relic Set is Complete!

on April 25, 2021
I've been busy on eBay lately with one of my goals to be knocking out as many of the 2020 Topps Allen & Ginter relic cards as possible.  I made the mistake with the 2010 Ginter relic set to wait...and now it's over a decade later and I'm still missing quite a few cards.  I vowed not to let the same thing happen with the 2020 set and so far, so good!
I ended up getting three of the final five relic cards that I need - each relic coming from a different seller.  We'll start with this George Brett. 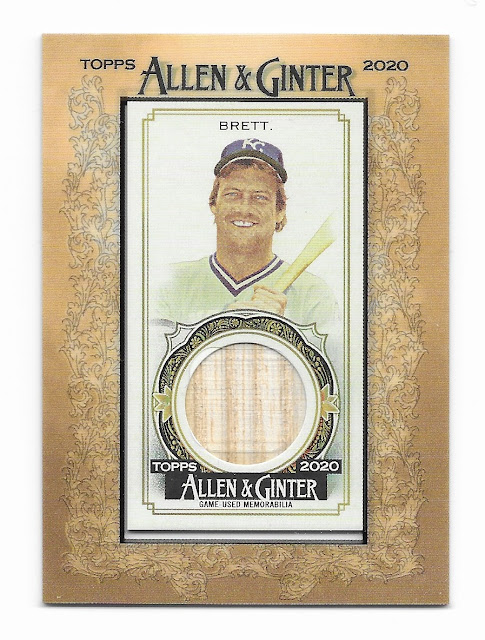 Is it just me or does Brett look kind of goofy in this photo?
Next, the biggest "current player" star in the 2020 framed relic set - none other than Mike Trout. 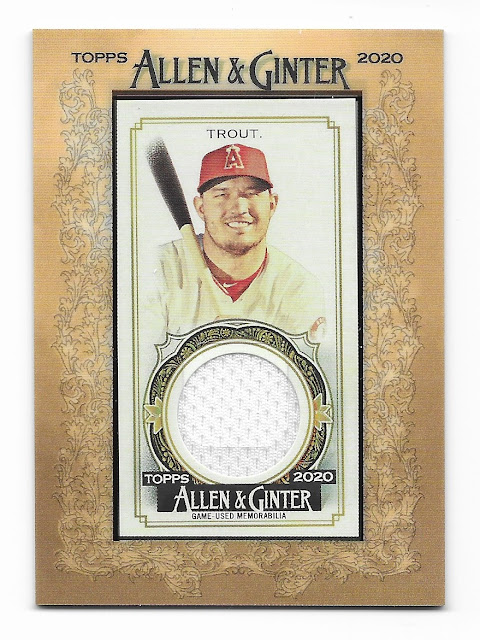 I've had my eye on a number of Trout relics but they always seemed to sell for more than what I was willing to pay.  This one was listed with a reasonable Buy It Now and so I pounced!
Finally, my last relic that I was able to acquire was this Aaron Judge: 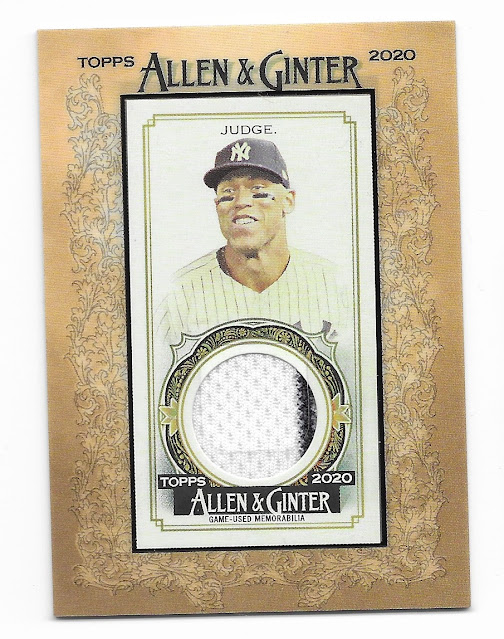 This was probably one of my better buys in many ways as the seller had a confusing listing.  In the end, the Judge was packaged with another eight Yankee cards. 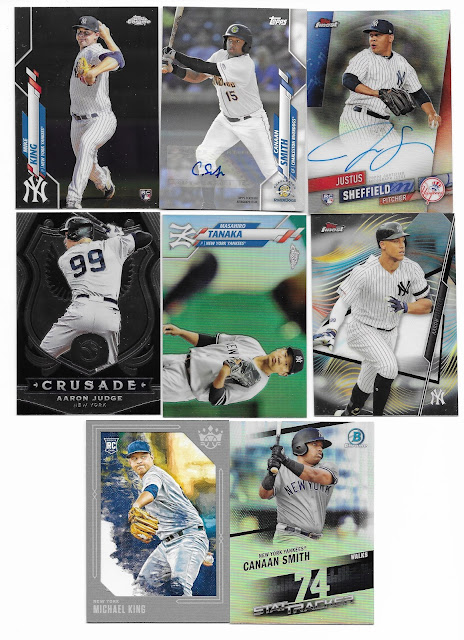 I don't have any particular use for the remaining Yankees within my own collection but perhaps they will prove to be nice trade bait for things I do actually want down the road!
That does it for this trio of eBay buys - and with those three framed relics now in possession, I'm down to missing only three more cards from the set as a whole.
That's right, this 70 card relic set is only three cards away from being complete!  Here's what's left:

As you can see, two of the three are true doozies but that Clemens ought to be fairly easy to find (I don't think his card is a short print though I could be wrong).  I actually missed out on bidding on that Ted Williams relic a few weeks (months?) ago and I'm still mad about that...it totally slipped my mind and I missed the ending of the auction.  I may end up regretting that for quite some time.
That all said, today I choose to focus on the positive which is that I managed to cut my remaining want list right in half from missing six relics to missing only three!  If I can keep halving my want lists every few months, I'll make solid progress for the year for sure (just don't go telling Zeno* about my halving theory).
*math joke.
eBay