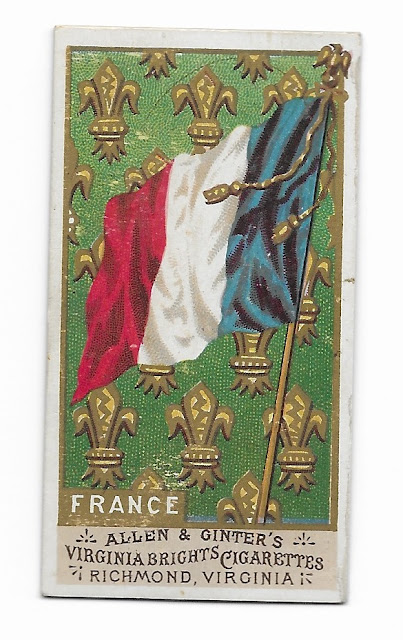 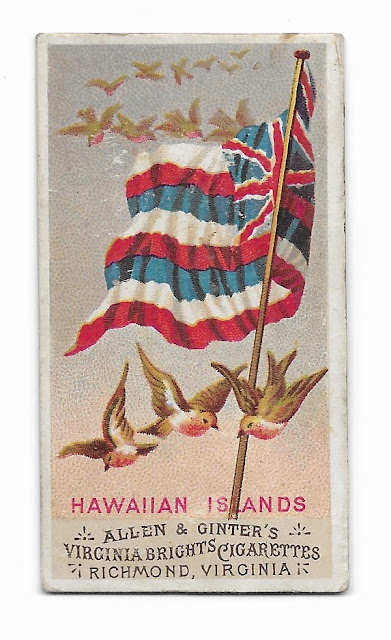 I love the birds on this one, makes the Hawaiian Islands feel all that much more magical!  I'm guessing for most people in 1887, Hawaii was a magical, almost mythical place since travel was so arduous!
Holland: 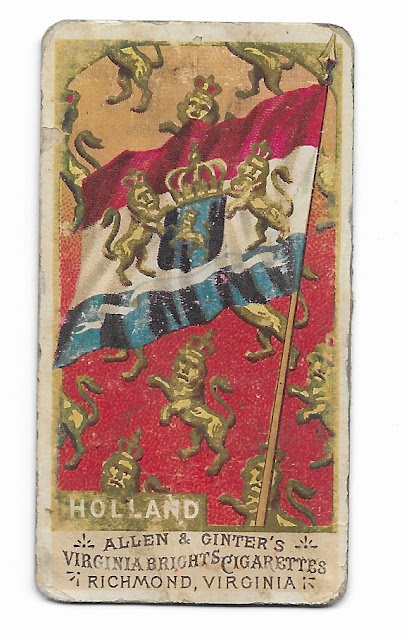 Another country with two versions, this one being the "fancy background" variation once again.  You can probably tell from this card (and many of the others in today's post) that I don't care much about the overall condition of the card.  I'm a set collector at heart and I'd much rather have the full set for not as much money than have a small chunk of a set but have those particular cards grade high.  Also, who cares about card grades anyway, we are talking about cards that are 134 years old!!
Japan: 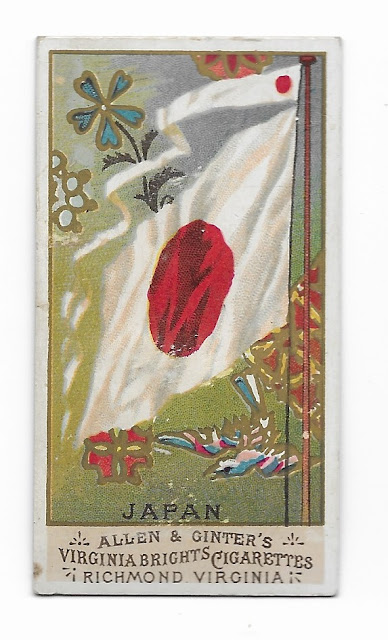 Japan is on my list of countries I'd like to visit someday.  I'm not big on crowds though, so I'm guessing there's a lot of Japan that would make me quite uncomfortable (I envision Japan as being chronically crowded, perhaps I'm wrong about that).  Still, someday I'll get there.  Maybe.
Peru: 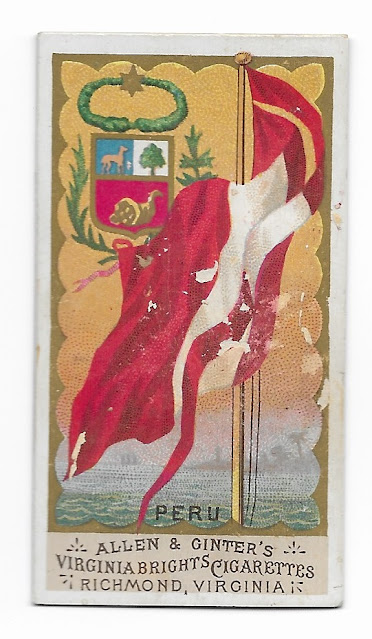 One of the nicer card fronts from the lot I bought, this card of Peru is quite beautiful.  I'm constantly amazed at how great the original Allen & Ginter cards look over 130 years after they were printed.
Royal Standard of Great Britain: 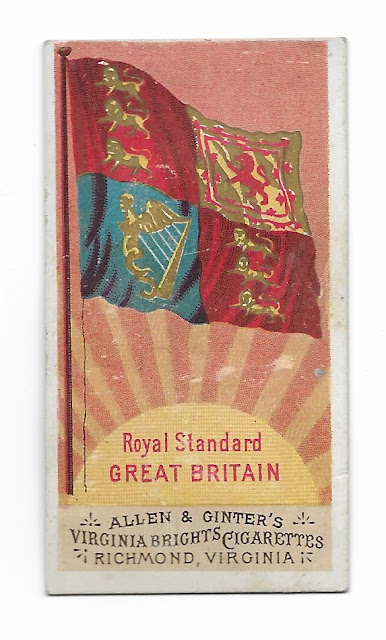 This is another card with two variations, but this one is a little different in that the variation is the color of the sun.  There's a yellow version of the sun (shown here) and a gold version of the sun (which I also own).  In fact, this is the only country flag card in the set where I own both variations!
That'll do it for today's post.  I'll show off the other half of what I landed in a future post - my poor scanner can only handle so many scans in a day (and I think I may have worn it out with all the scanning I did for yesterday's post)!
1887 Allen and Ginter