on November 29, 2021
It's (Cyber) Monday but I've got to work all day so there won't be much online shopping for me.  That being said, I did manage to get a couple of packages in the mail this week (both from TCDB trades) so I might as well continue my Monday tradition of showing off the results of my trades!
As I said, this was a light week on the trade front - but I did manage to add a bit more trade bait to my page so I'm hopeful that I'll be able to continue to swing trades heading into the month of December!  For my first trade this week, I did a simple 1-for-1 trade with user paulie3jobs: 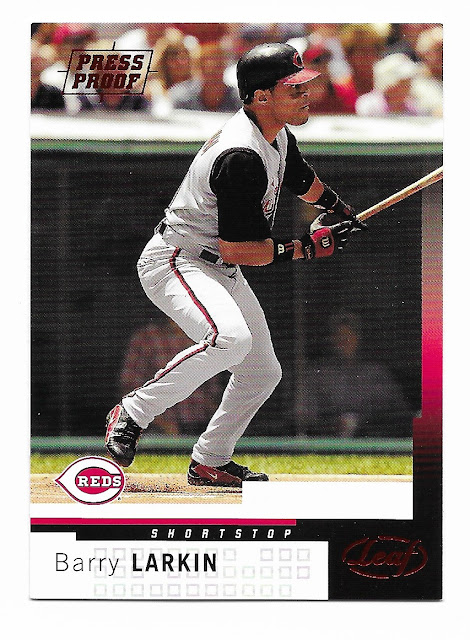 That's a 2004 Leaf Press Proofs Red parallel of Barry Larkin.  Early 00s Leaf had an awful lot of Press Proof parallels so I'm always happy to find one available that I need for my collection.
My second trade of the week was with user HOGOFOGO: 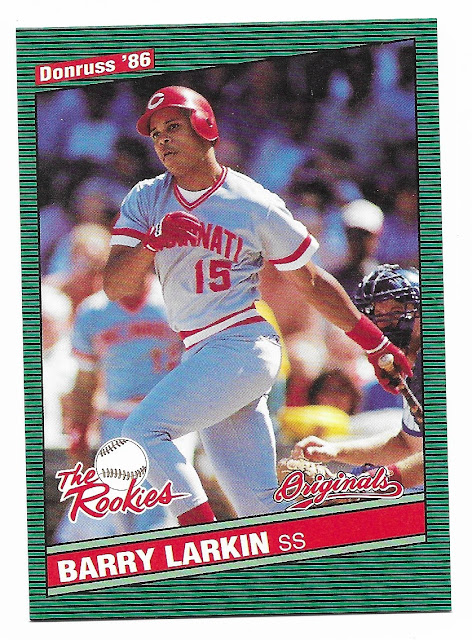 That's a 2002 Barry Larkin card from the Donruss Originals set.  I'm still missing a huge number of Barry Larkin cards from the early 00s but at least I was able to inch a couple of cards closer thanks to this week's mail.
I'm still waiting on a couple of other trades that have been marked as "shipped" on TCDB for quite some time.  I know the postal service is backed up again, so hopefully those packages will make their way to me later this week (and thus I'll hopefully have at least a couple of other trades to show off next week)!  That being said, that's it for this week.  Like I said, it was a light week but with Thanksgiving in the middle of the week I didn't expect much else (and I'm okay with any week in which I land a couple of new Barry Larkin cards for my collection)!
TCDB