on December 05, 2021
I'm back with another round of cards from my (now, not-so-recent) Barry Larkin lot purchase.
Let's start with my personal favorite out of this particular bunch - a 1996 Leaf "Hats Off" insert card. 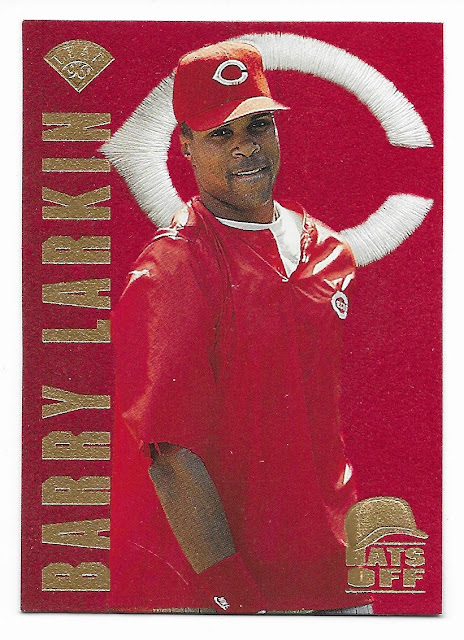 This card features a "fuzzy" front - the red you see has a fabric-like quality to it which immediately makes the insert card feel special (literally).  This sort of gimmick was common in the mid-90s but I have to admit, anything that makes an insert seem like it's actually special is okay in my book (it also doesn't hurt that the Hats Off cards are numbered out of only 5000 copies on the back)!
Heading back in time now, let's go back to 1992 Upper Deck. 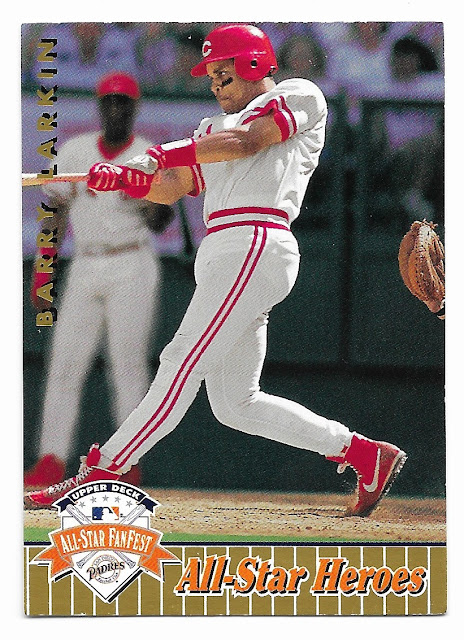 That's an All-Star FanFest Gold parallel of the regular '92 Upper Deck All-Star FanFest set.  There's a silver version of this card as well (which I already owned).  Nice to have both cards safely tucked away in my Larkin Collection binder!
Next, from 1993: 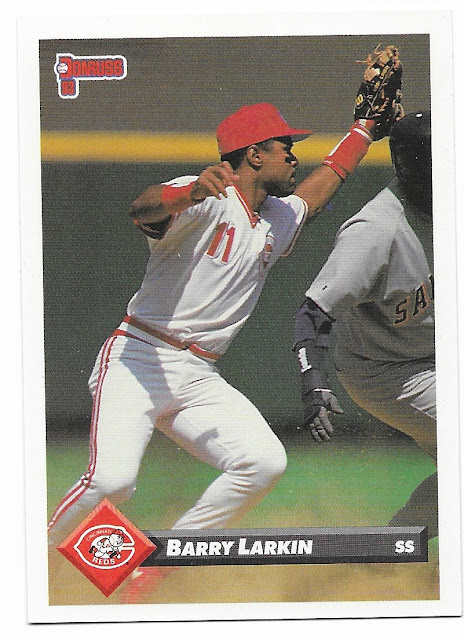 That's a 1993 Donruss Preview card of Barry Larkin.  Interestingly enough, the actual 1993 Donruss set used the same photo on the back of the card as was on this preview card but the front photo was changed.
Sticking with 1993 for a moment: 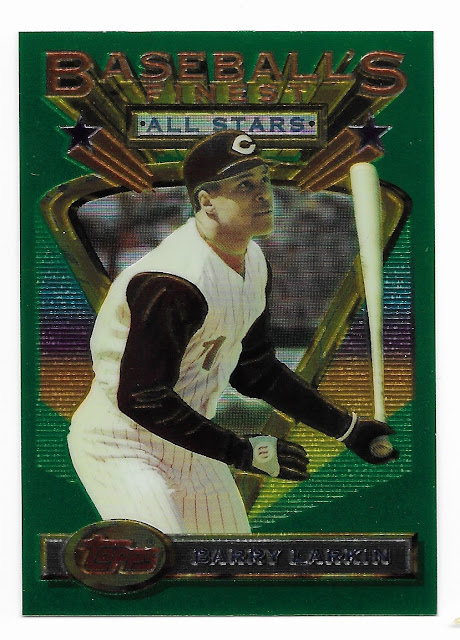 That's a 1993 Finest card of Larkin.  I don't even think I knew that Topps made a Finest set in 1993 prior to this year when I went through and started to truly organize my "haves and needs" for my Barry Larkin Collection!
From 1994, another Finest card: 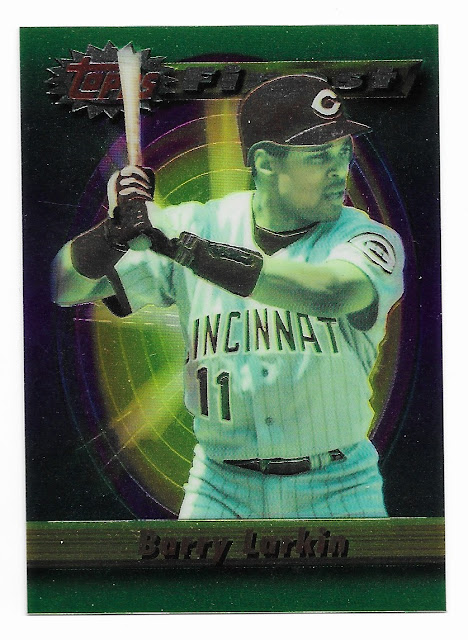 This is a "Superstar Sampler" from the 1994 Topps set.  I'm going to have to do some proper research about this set prior to my corresponding Barry Larkin Collection post for this card (there's also a Larkin Superstar Sampler card of his with the Stadium Club design from 1994).
Going forward a year to 1995: 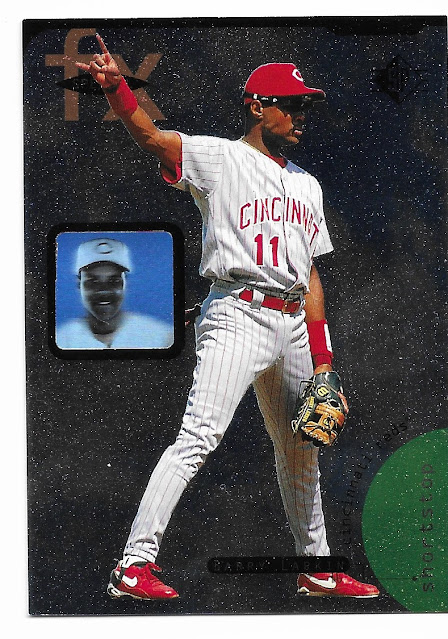 That is a SP Special F/X insert of Larkin and it's a gorgeous looking card (even if it looks terrible in the scan, trust me on this one)!
Sticking with 1995, here's another sample card - this time from Summit: 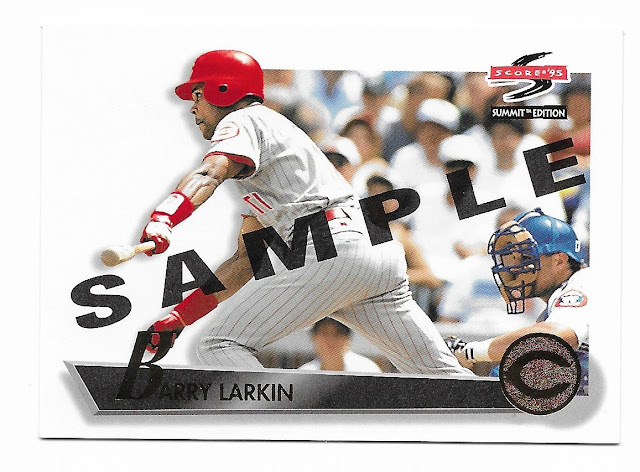 Not sure Score had to plaster the giant "Sample" over the entire front image but I guess you can't miss it when sorting cards!
And last but not least, from 1996: 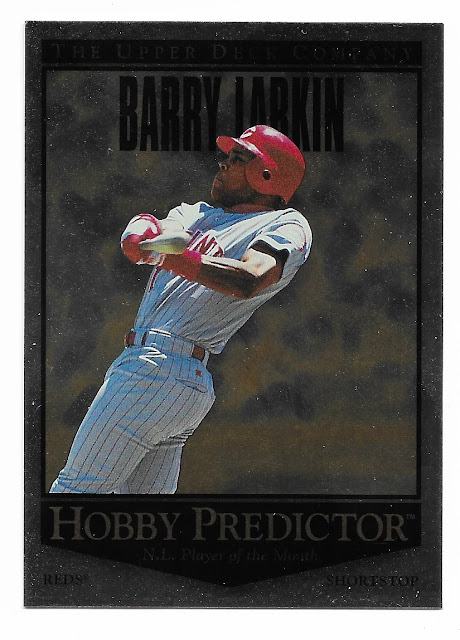 That's a Hobby Predictor Exchange insert card from the '96 Upper Deck set.  I believe the only way to acquire this card was via mailing in the appropriate Hobby Predictor card.  Like many of the other sets featured in today's post, I'll have to do some more proper research prior to featuring this card in its own post!
That'll do it for this round of cards...but believe it or not I still have quite a few awesome Larkins from the purchase to show off!  This does finish off all of the Larkins that I acquired from 1996 or earlier so my TCDB want list is fully up-to-date for that batch of years!
Barry Larkin