on December 08, 2021
I've been working diligently on my Barry Larkin Collection - most notably lately by going through the large Larkin lot purchase that I made a few months ago.  Today, I'm up to the year 1997 - time to see what I was able to add to my collection from that particular year!
We begin with this Leaf Fractal Matrix parallel. 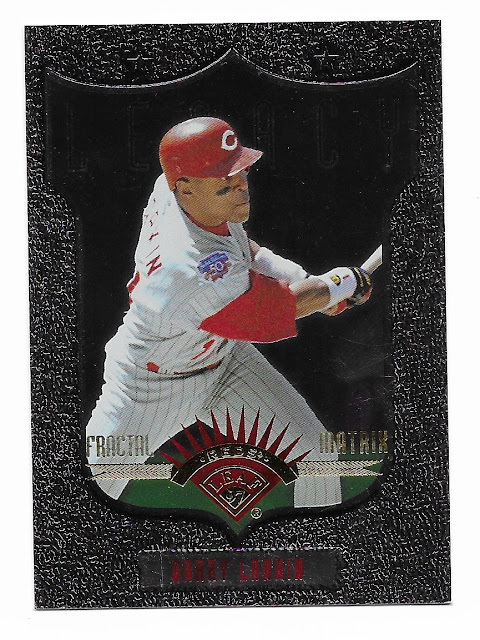 This is another card that does look a lot better in person than it does in the scan (thank goodness for that since the scan is atrocious)!
Next, from the set referred to as "New Pinnacle" comes a Museum Collection parallel. 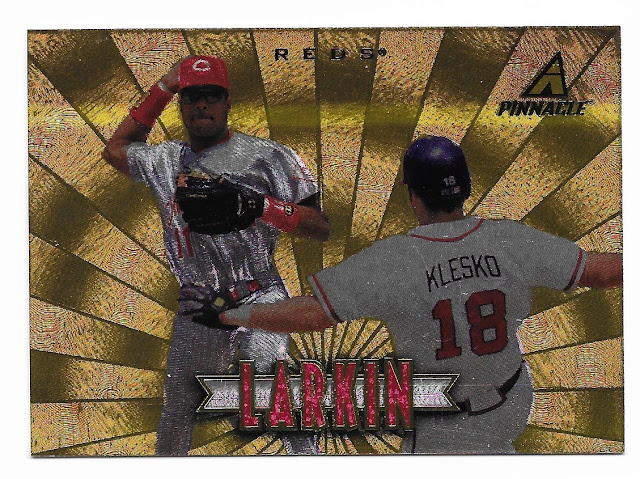 This is a sharp looking card!  The golden "sunbeams" design looks amazing, both in the scan and (even more so) in person!  I never gave Pinnacle much of a look when I was a kid but every now and then I see something that Pinnacle put out in the 90s and think that I really did miss out!
This particular year's worth of cards from the lot I bought was heavy on Pinnacle.  Here we have our second Museum Collection parallel, this time from the "regular" Pinnacle flagship set. 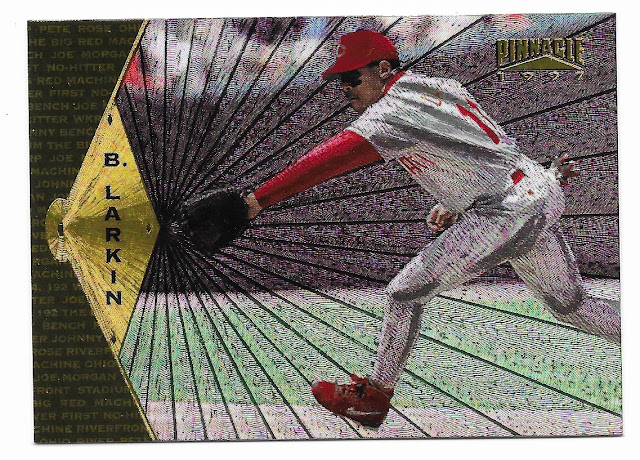 It's kind of cool that some of the Reds greats are listed on the left side of the card in small text (alongside things like "Riverfront Stadium" and "Big Red Machine").
Finally, we end with a pair of serially numbered cards from the rather exclusive Pinnacle Totally Certified set.  The Platinum Red cards are considered the base cards for this set and each is numbered out of 3999 copies. 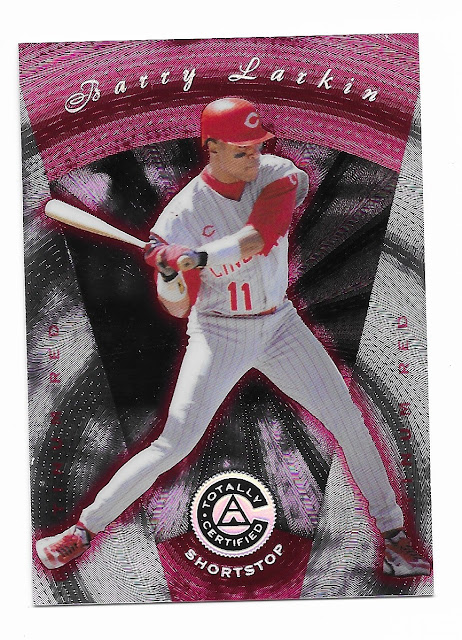 Looks sharp - especially since the red color goes so well with the Cincinnati Reds uniform!
I also nabbed the Platinum Blue parallel from the same set. 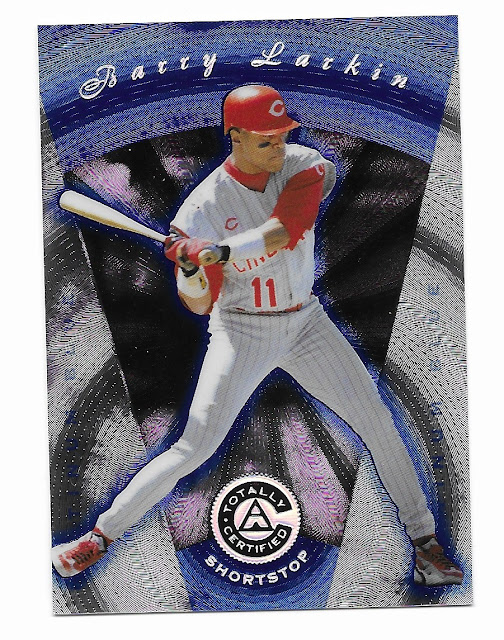 I think I prefer the color of the Platinum Blue but the red color probably is a better fit for teams such as the Reds.  The Platinum Blue parallels are numbered out of only 1999.  There's also a Platinum Gold parallel from the same set (which is numbered out of 30) but I don't own that one!
With those five cards now in hand, my Barry Larkin Collection for the year 1997 is up over 50% of all cards from that year (with print runs of at least 25 copies). 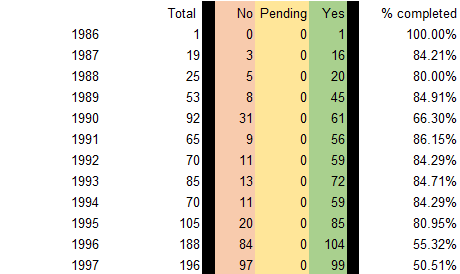 Unfortunately for me, 1997 is the last year for which I own over half of the Barry Larkin cards printed within that year.  On the bright side, there's still an awful lot of cards for me to try and track down (and ideally trade for) so let me know if you have any sweet Barry Larkin cards that I might need!
Barry Larkin