The Last of the Huge Larkin Purchase Including Shiny Pacific!

on January 13, 2022
It's taken me a few months, but I'm finally at the end of sorting, scanning, and cataloguing the cards from my large Barry Larkin card lot purchase that I made.  Today, we take a look at the last of the cards - all from the year 2000.
We'll begin with a pair of Pacific cards from 2000: 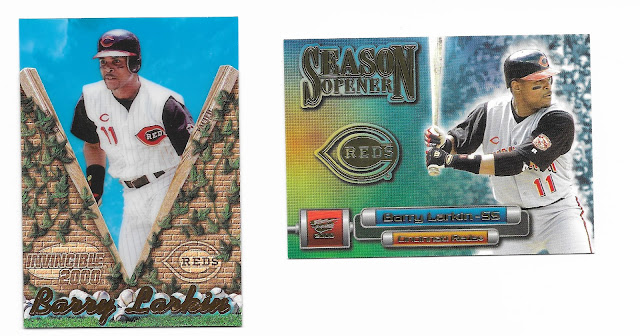 I love the clear acetate "window" on the Invincible base cards.  It's a fun gimmick that I would like to see Topps/Fanatics return to in the future.  The Season Opener card is actually an insert from the Pacific Revolution set.
Next, let's get the remaining non-Pacific cards out of the way: 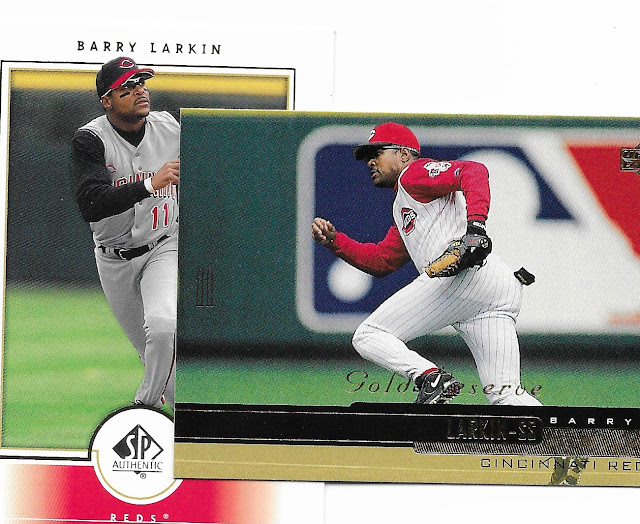 That's an SP Authentic base card and a Gold Reserve base card, both from random Upper Deck sets.  A lot of people have fond memories of Upper Deck but I seem to remember the company more for producing stuff like you see above - pointless, uninspired sets.  That all said, I'm a Larkin collector so I still want the base cards, even if the sets themselves are pointless (which makes me feel a little hypocritical of myself, but what can you do)?!  Even worse, I actually owned both of those Upper Deck cards already and didn't even know it...that's how entirely forgettable the two sets are.  Whoops.
Back to the goodies: 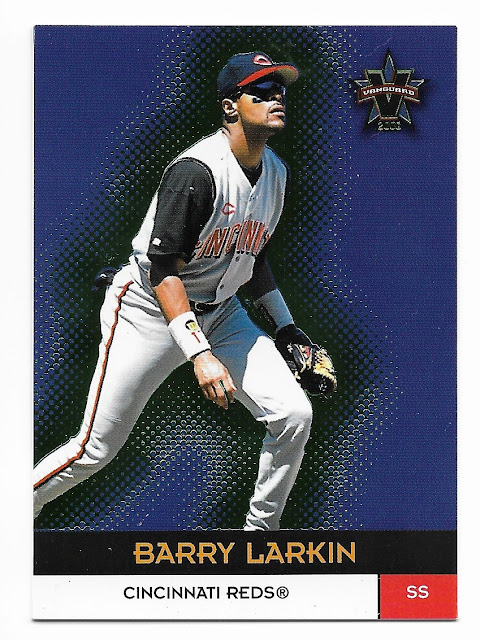 That's a Pacific Vanguard "green" parallel which happens to be numbered out of 199 on the back of the card.  I like the simple design of the 2000 Vanguard set - and the green glow behind Larkin works fine as a colored parallel (I must say, the cards looks much better in person than it does in the above scan)!
Finally, we get to one of the most confusing sets of the early 2000s:  Pacific Prism.  In this purchase, I was able to grab three more Prism cards for my collection: