on February 23, 2010
After busting my first box of 2010 Topps Series I, I decided to purchase a second box in order to fill out some of the insert sets and get some trade bait.  Here are the highlights of the second box.

The nice thing about jumbo boxes is that you get the entire base set plus a healthy stack of tradable duplicates.  However, I'm guessing everyone has seen enough of the base cards, so let's check out the hits and inserts... 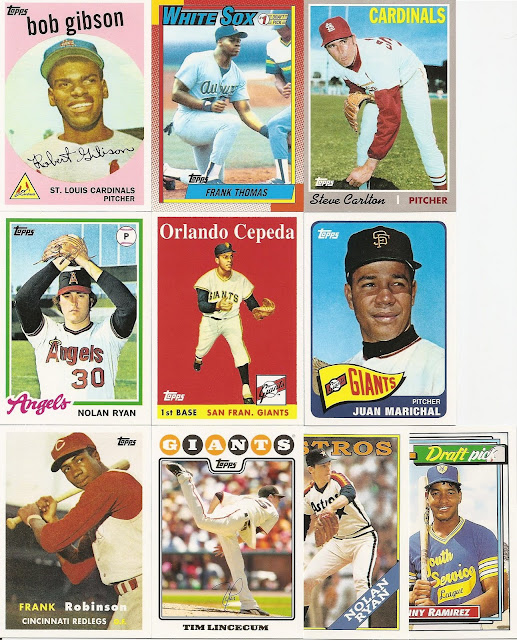 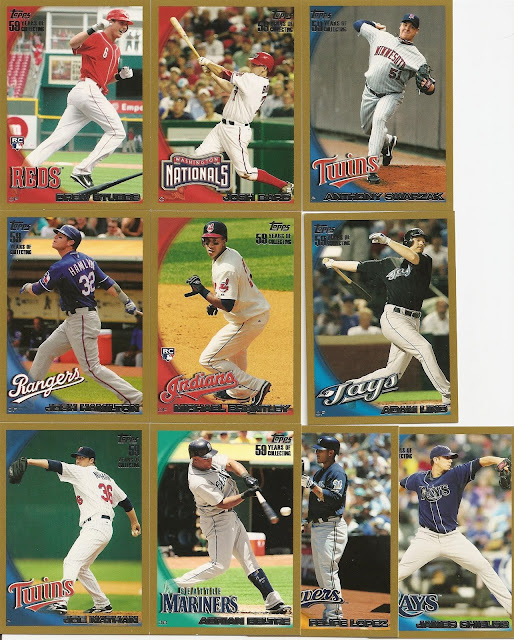 I did manage to score a short print base card in this box (something that I didn't get last time).
80.  Christy Mathewson 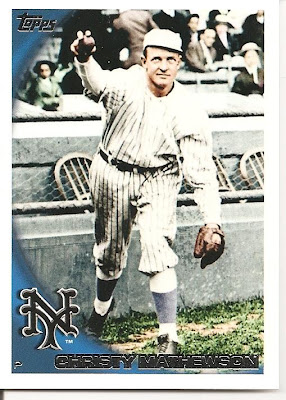 And now, for the three hits. 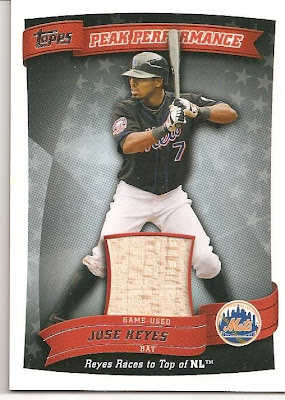 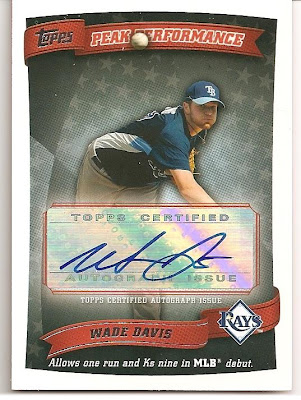 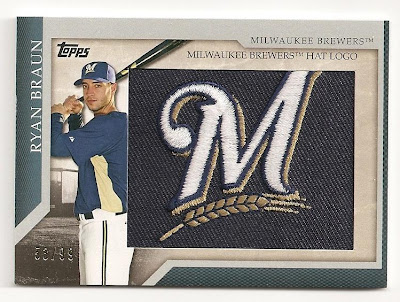 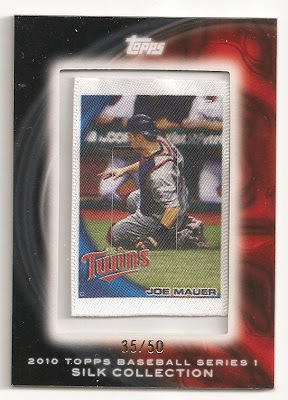 Final thoughts:
The base set is bright and colorful.  I like the white borders, easy to read card numbers, and full statistics.  The inserts sets, however, are hit and miss.  I don't particularly like the Peak Performers or Legendary Lineage sets but I love the Cards Your Mother Threw Out and Tales/History of the Game sets.  The three promised relics should probably read "a promised crappy auto, crappy relic, and a hat patch."  At least, that's how my two boxes ended up.  That said, with the chance of pulling something cool (such as the silk), it's a lot of fun to open the packs!

Nachos Grande's Final Score:
88/100
This is about as close to perfection as a base set will get.  It doesn't have the extra "oomph" or "wow factor" to push it over a 90 but it's still a solid, solid set.  Well done Topps!
Jumbo Box Nachos Grande Review Topps 2010