on August 18, 2011
I recently completed another trade with Ted from Crinkly Wrappers.  As with many of my recent trades, I sent away a whole pile of 2011 Allen & Ginter cards (base and short prints) in return for stuff off my want list.  And, as has happened with many other trades, I ended up with a nice little pile of cards for myself!
Let's see if we can do a Top 9.  I know, I know, I used to do Top 10s but I realized that if I did a Top 9 I could (usually) get away with doing a single scan and then slicing up that image rather than walking over to my scanner twice (it's wireless which is usually nice though not as much with cards I've found).

Anyhow, here's the first (of hopefully many more) Top 9: 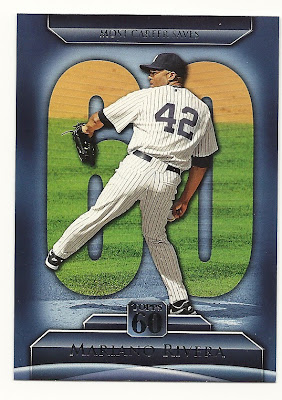 Yep, it's a Yankee in my Top 9, sorry about that!  Actually, this card earns a spot in the Top 9 because Ted managed to send me the final few Topps 60 cards that I needed for my set!  I'm quite excited to have the set done - especially before September. 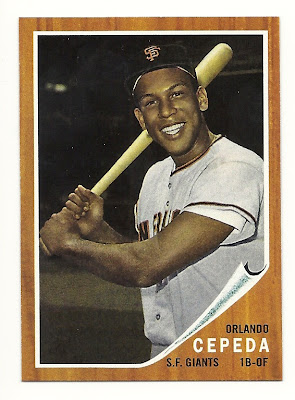 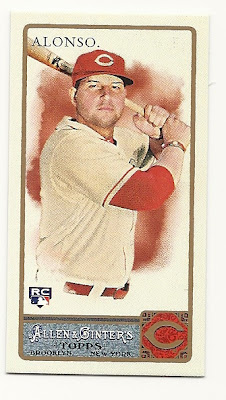 There's nothing overly special about this card...other than the fact that it is a (slightly) rare mini version of a highly-touted Reds prospect...and it's his rookie card no less.  Ok, so maybe there is something special about the card! 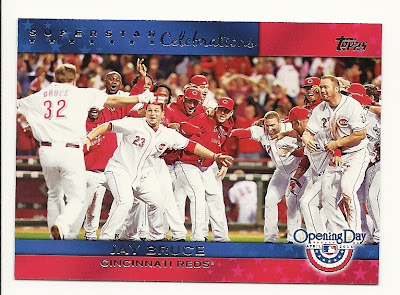 I don't much care for Opening Day, but I am always happy when people throw in some Reds from the set (which saves me from buying Opening Day)!  However, I will admit that sometimes there are really cool cards in the Opening Day set that aren't in the regular Topps issue.  This particular card is a great example of that - and this is a great moment to have captured on cardboard (especially since it doesn't look like the Reds are getting anywhere near the playoffs this year). 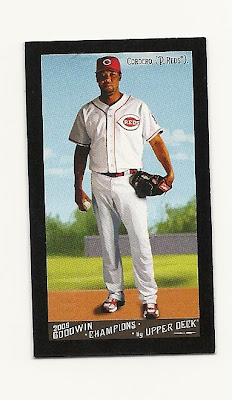 I didn't buy much of Goodwin (maybe two or three packs at most I think), so I didn't get much in the way of good Reds cards.  I think the black border is quite striking with the red of Cordero's uniform plus the blue sky and green grass.  I wonder if Upper Deck was pissed at Topps for releasing a full set called Gypsy Queen after Upper Deck used the same name as part of a mini insert set?  I'm guessing they weren't pleased at least. 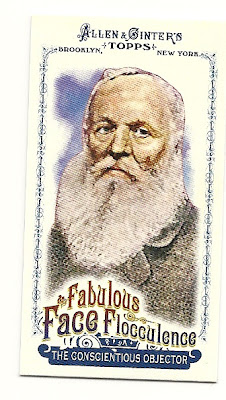 First off, let's be clear.  A super rare insert set about beards is pretty lame.  That said, this is a super rare insert set - and it's Allen & Ginter, so you pretty much know that I'm going to feel compelled to track down all ten beard cards!  At least now I have 20% of the set (one from my own case plus this one).  If you happen to have any of these for trade, let me know! 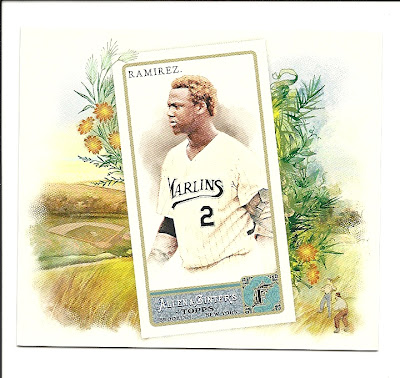 I work hard to collect all the different insert sets in Ginter, but one of the hardest to track down is the N43s and the Cabinet cards.  It's not because the cards are valuable, but rather, it's because they are only available one per hobby box.  I know a lot of people (myself included unless I order online) don't have access to a hobby shop so we have to settle for retail.  Retail produces most other Ginter inserts, but it will never produce the boxloaders.  Thus, it takes a lot of patience to complete the set (heck, I still need 3 N43s from 2009 Ginter along with 5 Cabinet cards from '09)! 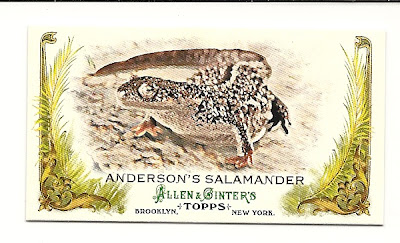 According to the back of the card, the endangered Anderson's Salamander was recently advertised for sale on a website for the low price of $189.99.  A quick Google search shows the site that Topps was probably referring to:  Reptiles-n-Critters.com. 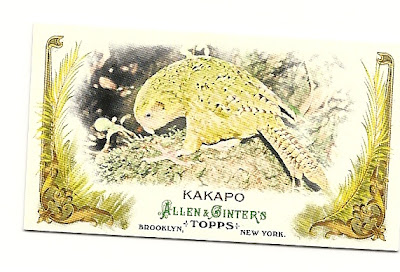 The Kakapo is a flightless parot from New Zealand.  It's basically a penguin of the trees or something...and since I liked penguins a lot as a little kid, the 'ol Kakapo takes the #1 slot on the first ever Top 9 trade countdown!

Thanks for the great trade Ted!  And, as always, if anyone else would like to trade, check out my want list and make an offer!
Crinkly Wrappers Delivery Time Top 9