Delivery Time! Why Do We Collect Parallels?

For most things in life, the majority of people are satisfied to have their item and move on.  Many people own a car for instance, but most don't own multiple cars of the same make and model with different trims.  Most people don't own seven of the same lamp, all in different shades.  And, of course, most people don't order a hamburger...and then order 255 more hamburgers so that they can have all of the different options. 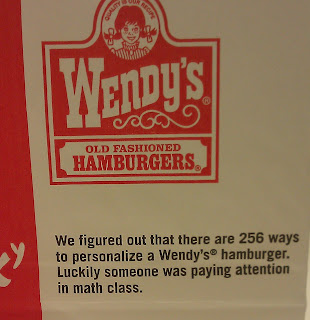 So why do we need all the different options for baseball cards?

I ask this in all honesty, and not as some snarky blogging commentator because I am also guilty of the multiple copies of essentially the same card.  Take, for instance, a recent trade that I made with blog reader Jordan.  I sent Jordan a Target exclusive Albert Pujols card (good riddance Cardinals!) in exchange for four cards off my want list - all of which are parallels.

Jordan sent me four cards from the 2008 Upper Deck Starquest set - three of which were "uncommons" (except Upper Deck used a hyphen for some reason to make these un-common) while the fourth was a "rare" card. 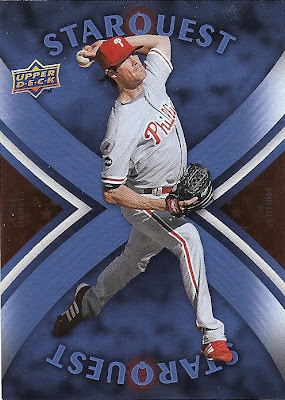 As I looked at these cards (and it's been a long time since anyone has sent me some 2008 stuff off my want list), I couldn't help but think, "why do I need these"?

The worst part is, the StarQuest cards aren't the only parallels that I collect.  Anyone who has read my blog in the past month or two probably knows how much I love Ginter - I almost always collect at least one parallel set of that.  I've been running a year-long contest where I've been acquiring diamond parallel cards from the base Topps set.  I collected the entire 2007 Topps Heritage Chrome set (not a true parallel since the chrome set was abbreviated, but darn close).  I'm sure with a bit of thought I could come up with some other parallels that I've chased, but even with the above examples it's clear that I have issues with parallels.

And I know I'm not alone.  Everyone time I put a shiny diamond card on a trade stack it seems to get gobbled up.  Some of you go crazy for Upper Deck Masterpieces or Topps Gypsy Queen parallels.  I'm sure there are even a few of you who collect the Topps Gold parallels every year...

Why do we feel compelled to have every single copy of a card when that same mantra doesn't hold true in other aspects of our life?  When you plant a garden do you buy every single hot pepper plant so that you own them all?  I doubt it.  Do you order 256 hamburgers at Wendys?  (If you do, you've got more issues than I can possible solve on a baseball card blog, see medical help.)

I feel like such a sucker for collecting the same set multiple times - but I'm sure Upper Deck and Topps love it.  The question is, why do I do it?  And that, my friends, seems to be a question that I can't adequately answer!
Delivery Time Upper Deck 2008