on December 29, 2012
For Christmas, my youngest brother bought me one of the "Championship Collection" baseball trading card repack boxes from a big box store.  The repack comes with 16 packs "plus 4 bonus packs."  Where I come from, that means 20 packs.  What's more fun than opening 20 packs of assorted stuff?  Having a pack war of course!

First, here are the various competitors: 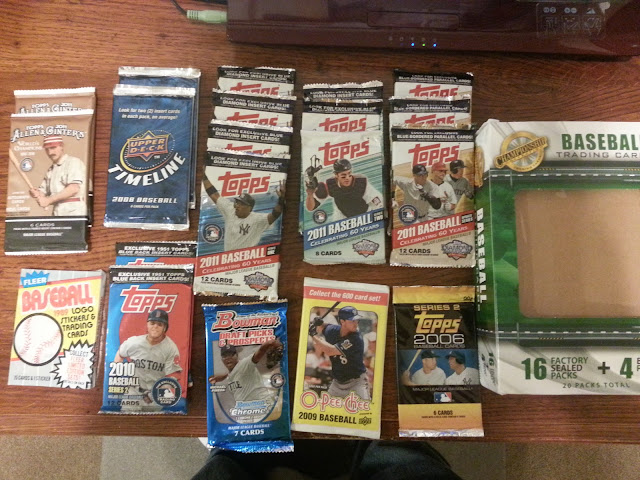 I must say, I was pleasantly surprised by the included packs, especially the Allen & Ginter and UD Timeline packs.  Both of the aforementioned sets are sets that I still need cards from, so if I'm lucky maybe I'll actually get a card I need from the repack box!  I'm also looking foward to opening the O-Pee-Chee pack and the Bowman Chrome (O-Pee-Chee because I like it, Bowman Chrome because Bowman is confusing and maybe I'll learn something).  There are a few too many 2011 Topps packs in the box for my liking, but that's ok - maybe I'll get one of the diamond parallels I need!

As with my other pack wars, points will be assigned arbitrarily by me.  All decisions by me are final.  If you don't like my scoring, get your own repack box and do it your way!  Most of the cards will be available for trade too, so if you see something you want give a holler!

To begin the Pack Wars, let's open up a pack and see where the initial entrant scores.  From there, it'll be up to each successive pack to try and best the current high score.  Highest score at the end wins.  Any wagers on which pack will end up on top? 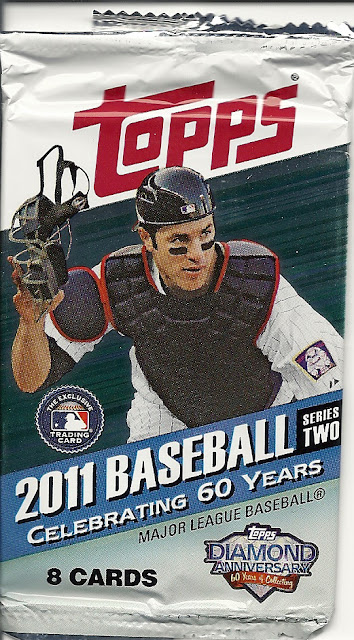 We begin with the only 8 card pack of Series 2 Topps from '11 (the other pair of Series 2 packs both have 12 cards in them).  Will the 8 card pack boast some sort of super awesome card to make up for its thinness or is the pack total destined to be bested by the next pack opened?  Only one way to find out. 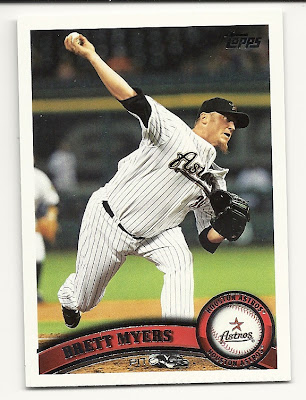 There are crimp marks on the bottom of this card, not a good start.  -5 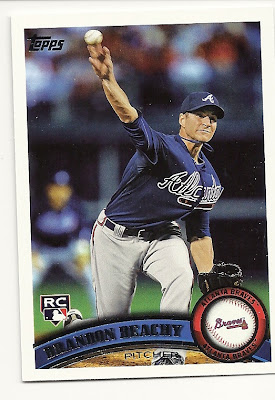 Beachy is from a town in Indiana called Kokomo.  That's a great Beach Boys reference tucked away on the back of Beachy's card!  +5 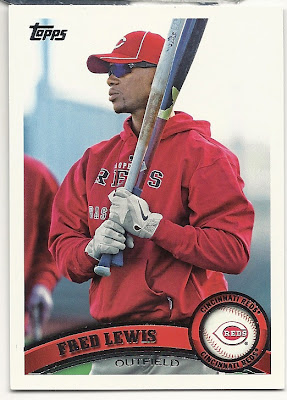 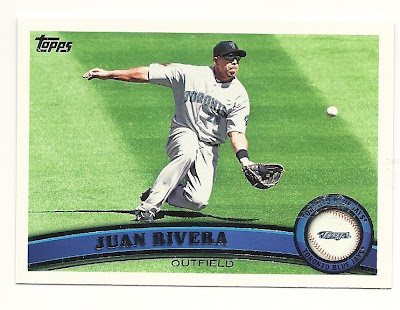 I guess the photo is slightly above average.  +1 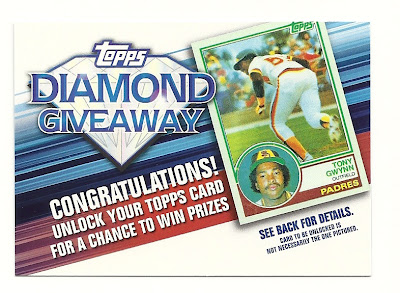 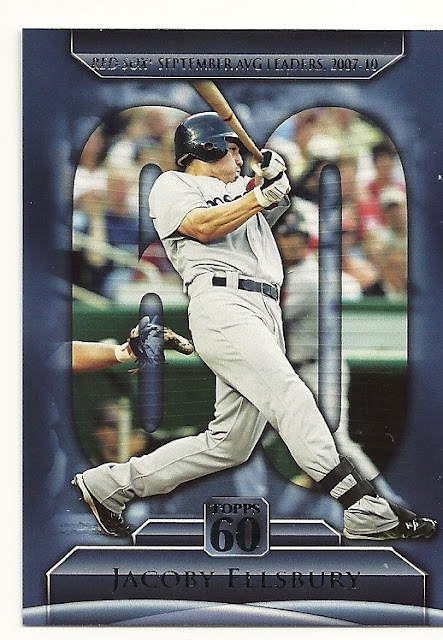 The Topps 60 cards are seeded 1:4 packs (at least for the 8 card packs).  The back of the card lists the Red Sox September Average Leaders from 2007-2010.  What a great (yet worthless) statistic to celebrate on a baseball card.  What makes the card complete is that even with the contrived statistic, Ellsbury still isn't #1 on the list, Victor Martinez is!  +2 because I laughed, +5 insert = +7 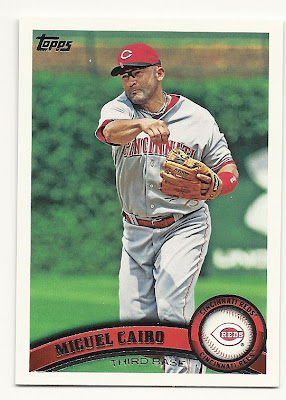 A two Red pack?  I guess this pack really does want to win the entire pack war, that's upping the ante immediately.  Good stuff, even if the two Reds combined age is about 150 (I kid, I kid).  +5 for being a Red, +2 for being the second Red = +7 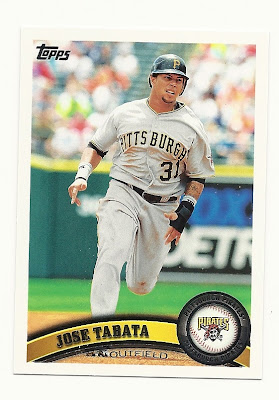 Pretty boring shot here, nothing else to say about the card other than the fact that I don't hate the Pirates.  +1 because I'm feeling generous.