on December 30, 2012
After the 2011 Allen & Ginter pack crushed the 2011 Topps lead, it only seems fair to give base Topps a chance to reclaim the top of the leaderboard.  The next pack is also a chance for Series 1 to bounce back since the first Series 1 pack had the worst Pack Wars score to date. 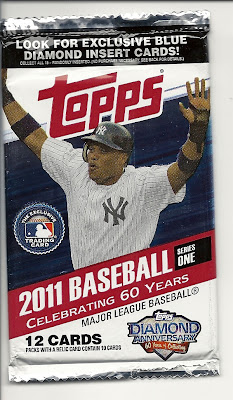 The first Series 1 pack out of the retail pack only managed to score 14 points (two points worse than the 8 card Series 2 pack)!  Was the poor score a fluke or does 2011 Topps Series 1 really, truly suck?

281.  Kevin Slowey - Twins
Not much to say about Slowey.  The back of the card has a quote saying that "whenever he's (Slowey) been on the mound, it seems like we have really good chances to win the games."  That sounds like a backhanded compliment to me.  -2

289.  Yuniesky Betancourt - Royals
-3 points for having a name that I have to double check how to spell. 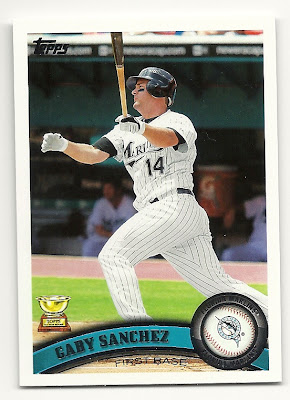 88.  Brian Bogusevic - Astros
I think I am going to feel bad for all Astros fans this coming season.  However, back in 2011 the Astros were in the NL Central and thus a Reds' foe.  -1 point. 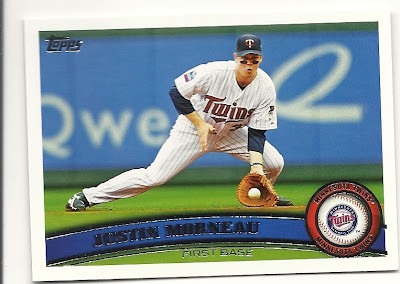 One of the few Twins that I can name, +3 for that alone. 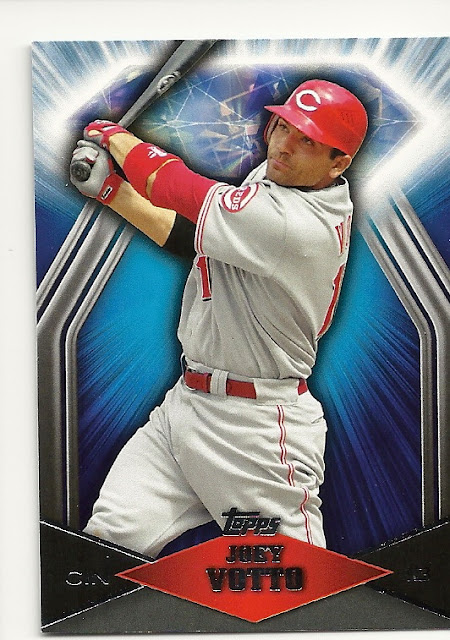 WOOOOOOOOoooooooo!  A new Reds insert for me, and of Joey Votto no less.  I didn't own this yet so +20! 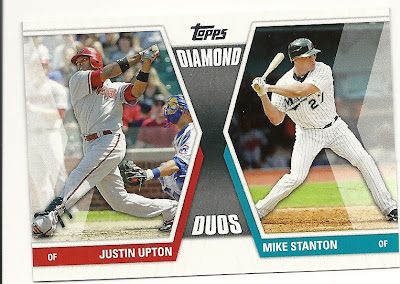 Other than the fact that these two are both outfielders, I don't think they belong on the same comparison card.  -3 points.

Topps Town:  TT-32.  Mike Stanton
I don't like getting back-to-back Marlins inserts, who wants Marlins cards?!  Heck, Marlins fans don't even show up to watch their own team play.  -3 for having lousy fans and a lousier ownership.

44.  Martin Prado - Braves
I'm not sure Prado is really an All-Star no matter what the facts say. -2 points. 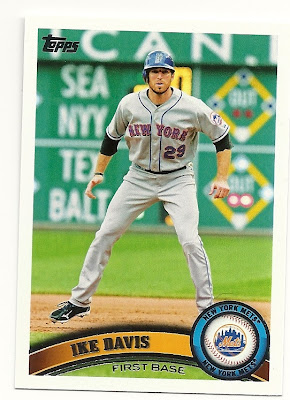 I like the shot of the scoreboard in the background.  +2 points.

176.  Daniel Hudson - Diamondbacks
Nothing much to add about Mr. Hudson...he has the word "miraculous" on the back of his card though, that should be good enough for a +2.

Well, it wasn't pretty but the pack managed to stay out of the basement.  The big catch (and best card of the repack box so far) was the Joey Votto Blue Diamond card since it was new to me.