Check Out my Check Out My Cards Purchase (Pt. 1)

on March 14, 2013
I spent all yesterday home sick.  The only good piece of news is that I also received my Check Out My Cards purchase finally!  I've been anxiously awaiting the point in time when I could knock a bunch of random cards off my want list - anything to make the list a bit less sprawling (and remove some of the many inserts and parallels on my list).

I still needed two short prints - one of which was this Willie Mays card. 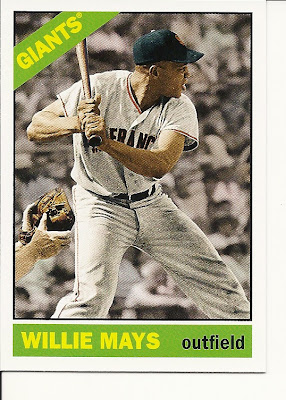 I'm ever-so-close to actually finishing the Archives base set now...only one short print remains (#230:  Lance Parrish).  I'm also close to completing many of the insert sets in the set...speaking of which...

I grabbed the final Topps 3D card that I needed which happened to be of Topps' love child:  Mickey Mantle. 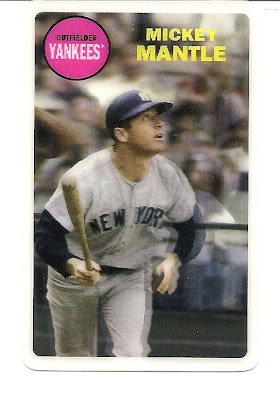 I can't say I'm proud of the fact that I purposely bought a Mantle card but it was the final 3D card that I needed for my set.

Moving on to a set that's definitely not a love child of many collectors (or so it seems lately), Topps Heritage.  I am still working on the 2011 Heritage set - so when I found one of the seven remaining short prints for a reasonable price, I pounced! 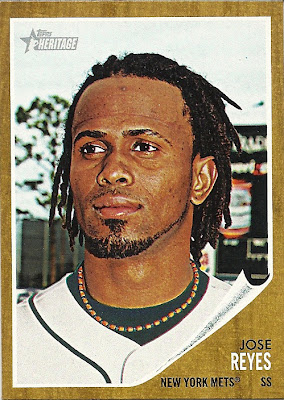 Amazingly (to me), the Reyes was actually a bit cheaper than the Mays short print from Topps Archives (despite all the talk about Archive's crappy card stock).

Speaking of card stock, I picked up the final Series 1 Target "old school" parallel card that I needed from the 2009 Topps set. 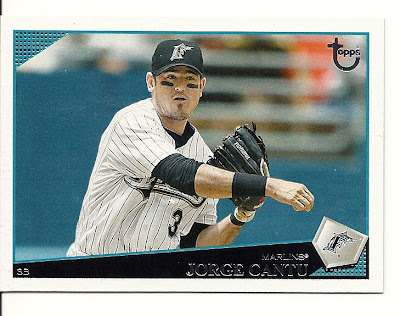 In '09, Topps released full blasters of the various parallels for Series 1.  Then, in Series 2, they changed it to only having two packs of parallels in each blaster.  As such, set collecting became impossible for Series 2 budget collectors...but I am proud (?) to say that I now own all three versions of every Series 1 card (regular, Wal*Mart black, and Target throwback).  Someday I'll have to show off that part of my collection.

Since this post is already fairly lengthy, I'll end with one more card and then show the rest another day since I think the cold medicine is (probably) making my post barely coherent as it is.  Here's one of the many 1998 Upper Deck Retro base cards that I still needed.  I basically threw this card in my shopping cart at the last second since it is one of the few cards that I bought that didn't either complete a set or bring me that close to completing a set.  I still need a boat load of '98 Retro. 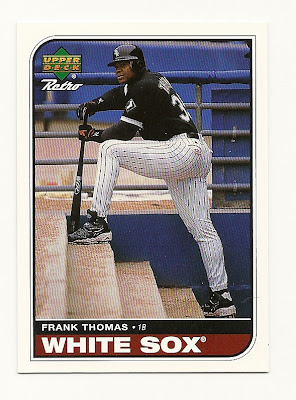 As I mentioned already, there are still quite a few more cards to show off - but this is a nice start!  I already knocked off one of my Elusive 8 cards in the Cantu parallel (you'll see another Elusive 8 card knocked off when I write up the second half of the order).


Check Out My Cards