on July 31, 2013
I made a preorder purchase of a case of 2013 Topps Allen & Ginter.  However, in order to afford such things, I need to conjure up some quick cash.  As such, I've listed a bunch of stuff on eBay, perhaps it will be of interest to you? 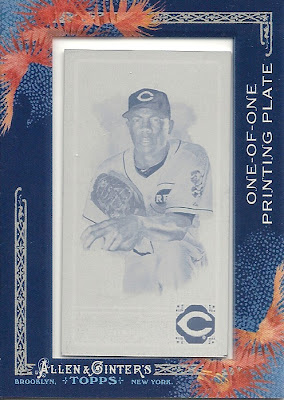 I know, I know.  It's a Reds' printing plate that I pulled out of a pack with my very own hands...and yet, I can't say that I'm big on printing plates.  Plus, while Chapman is awesome (and I love the framed plates), I can't start adding 1 of 1s to my collection as I'll end up going insane. 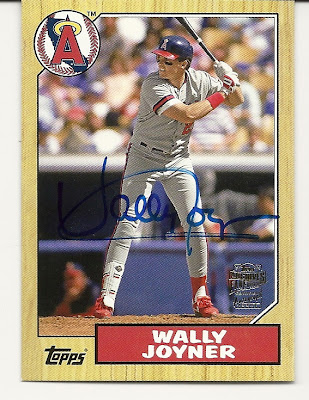 This one has surprised me so far.  I don't know of many Angels collectors out there - and I figured I'd be lucky to get 99 cents for the auto...however, this one has more watchers (as of the time of me writing this post) than any of my other auctions.  You never know! 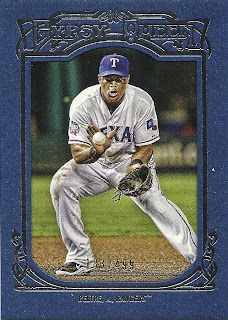 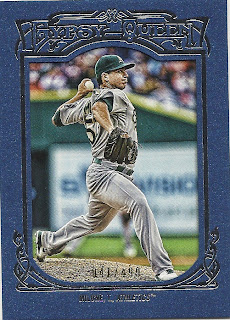 Wishful thinking I guess in terms of selling these... 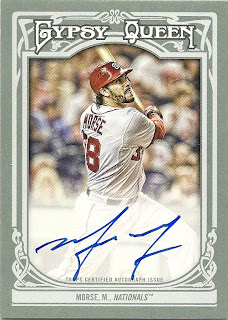 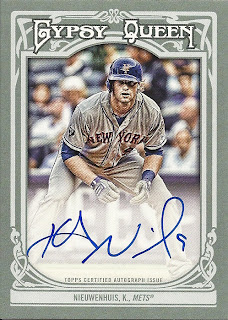 As of the time I'm writing this post, both the above autos are going for a paltry 99 cents.  I guess that's what card collecting has become - even an on card autograph (that's beautiful to boot) isn't worth the ink used to sign it. 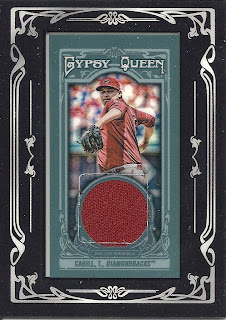 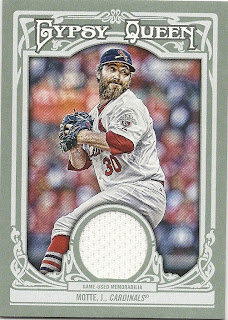 I'm a bit surprised the the relics are selling for the same price as the above autographs.  You may recall my Gypsy Queen box consisted of exactly four hits (the two autos and two relics listed).  Again, as of the time of this post I will have made just under $4 selling my four hits...from an $85 product.  Total rip-off I'd say! 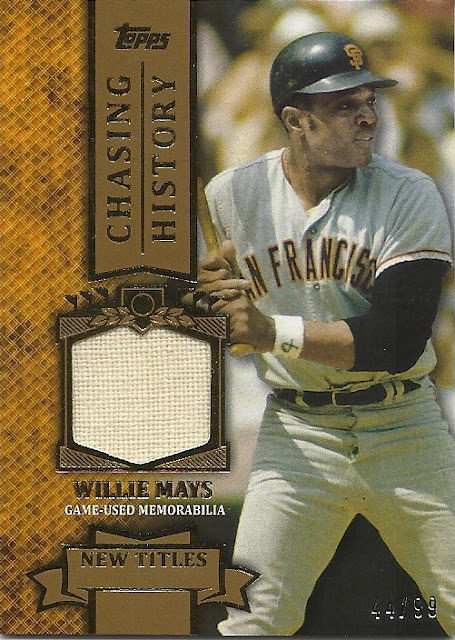 This was the big hit of the group break - but the Giants went unclaimed so I ended up acquiring this beauty.  However, it doesn't fit in my collection (even though Mays is awesome) so I'm listing on eBay with the other stuff.  This one is clearly the creme of the eBay crop (with the Chapman printing plate second).

All the above cards end within a few hours.  Here's the easiest link to see all my stuff at once.  Thanks for your support of my cardboard habit - without all of you as enablers, I would have had to move on a long time ago!
eBay