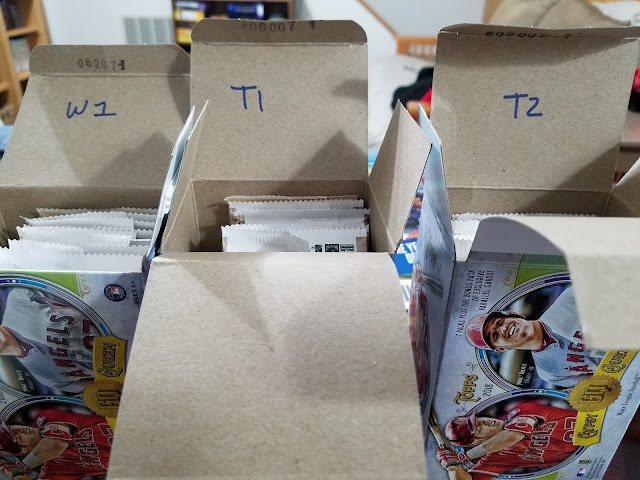 Each blaster contains 7 packs plus one bonus pack of exclusive parallel cards.  I'm not sure if the parallels are different for each of the major box stores but we'll find out soon enough.

I'll probably do one pack per post since I've got a bunch of packs (and I like to spread the joy of opening cards out over time).  Since I'm curious about the parallels, let's start with that pack for each blaster.

Scoring will be determined entirely by me on the fly - but each blaster will be accumulating points throughout the entire Blaster War.  Let's get it on! 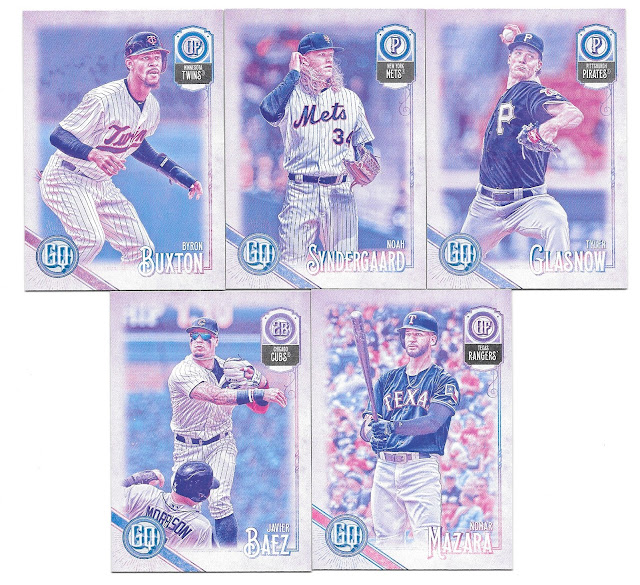 Alright, let's see here.  First, it must be said that these parallels are kind of weird.  I can't decide if they are actually ugly or simply just weird.  In terms of images, Baez and Syndergaard are the two highlights so +2 for each.  However, the Cubs are almost as bad as the Cardinals (remember I'm a Reds fan) so -2 for Baez.  I also have to take off a point for the Twins' Buxton because cards of the team from Minnesota are haunting me lately and (virtually) no one likes the Twins! 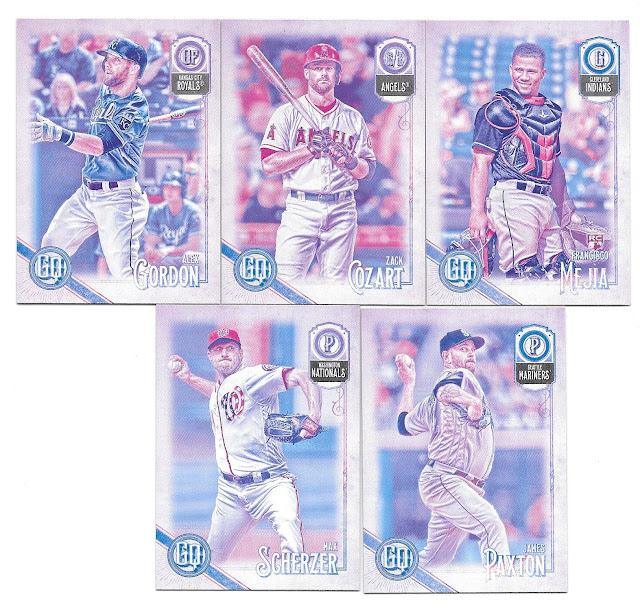 I like the patriotic shot of Scherzer, the majesty of the Mejia image, and the bat boy in the background of the Gordon card, plus 6 total.  I'll also award +2 for Cozart as an ex-Red who I still will root for...and an additional +1 for the SS/3B wedged into his position circle.  Only the Gordon is on a team that is virtually untradeable but I do have to take off a point for that since I'll be looking to unload most of these parallels I think. 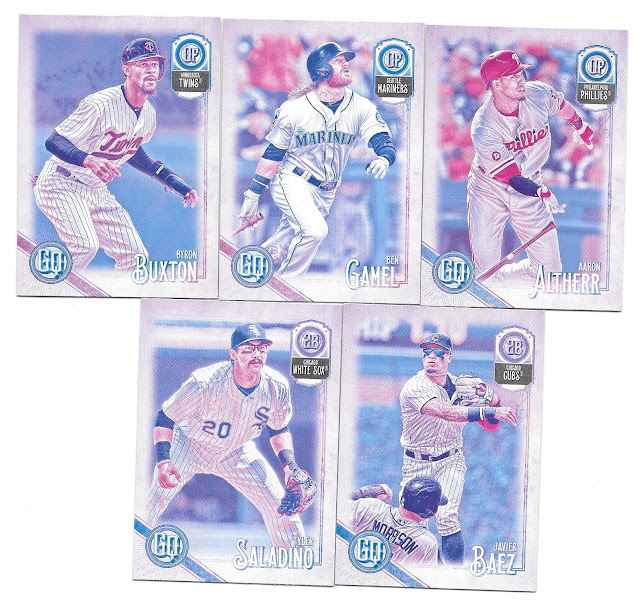 No, your eyes don't deceive you.  That is, in fact, two duplicate parallel cards out of the pack.  And of course one of those would be a Twin, why not?!  -4 for the duplicates and another -3 for the Cubs/Twins pairing.  I still like the Baez and Buxton images as well as the Altherr so +3 there.

And that's the first pack.  I can't say that the parallels interest me much - in fact, other than maybe the Zack Cozart, I think the rest will be available for trade/sale (I may through them all up on eBay as a lot, we shall see).

A 12-point spread separates the blasters after the first pack.  A few Reds or other cool cards can get any of the blasters back in the lead though...and we still have 7 more packs for each blaster to go so this is a long ways from being over.
Blaster Wars Gypsy Queen 2018