on April 11, 2018
In terms of my box of 2018 Topps Gypsy Queen, yesterday was a big day in that I opened up eight packs and pulled my two promised autographs.  However, with half of the box remaining still there is an outside chance that I might find something else cool.

We start with what might become the most desirable base card in the set - a Shohei Ohtani rookie card. 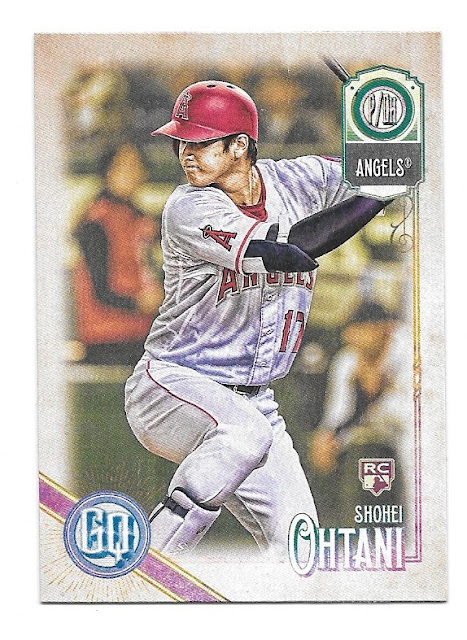 I also got a second Angels' card of note in this set of packs - my second indigo parallel of the box. 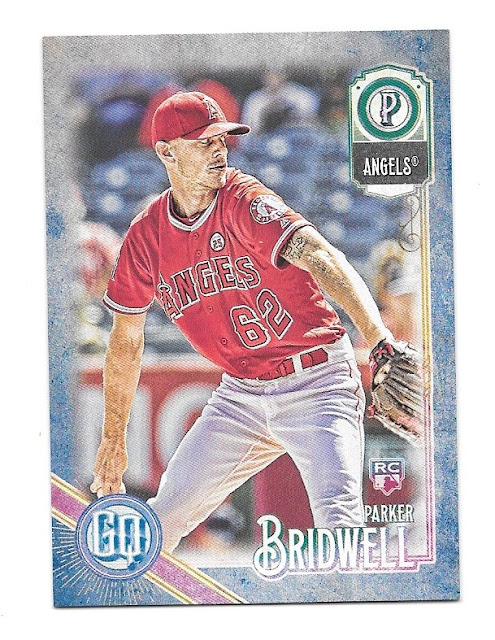 Another Angels' rookie but definitely not the one you hope to pull a parallel of at the moment.  This one is numbered 231/250 on the backside for those that care about such things.

And finally, we end with our second Tarot of the Diamond card of the box. 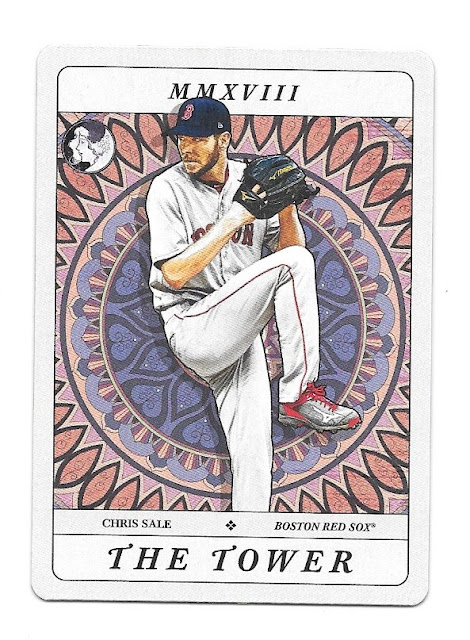 The Tower is a pretty cool name for a card featuring a pitcher.

Not bad, not bad at all.  Eight more packs remain still...who knows what other mysteries lie within the box.
Gypsy Queen 2018