on April 10, 2018
Last night, I ripped the first four packs out of my hobby box of 2018 Gypsy Queen.  While we didn't find either of the two promised autographs, we did get a card that was essentially a box hit (seeded 1:22 packs).

What will we find today?  Let's rip in together!

The next set of packs ended up producing two parallels.  The first was a missing name plate parallel (seeded 1:16 packs) of Ryon Healy. 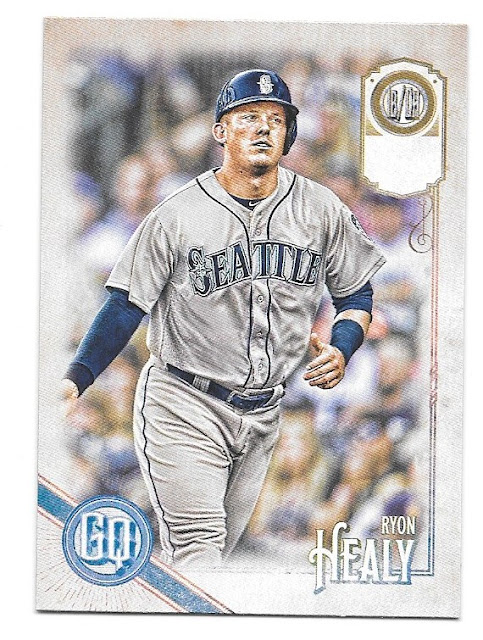 Honestly, the name plate parallels don't interest me much at all...to me all it looks like is an unfinished card.  That said, I am sure there are a number of team collectors out there who would like to collect 'em all so have at it!

The second parallel was more interest to me - a blue (i.e. indigo) parallel of Erick Fedde (who I've never heard of). 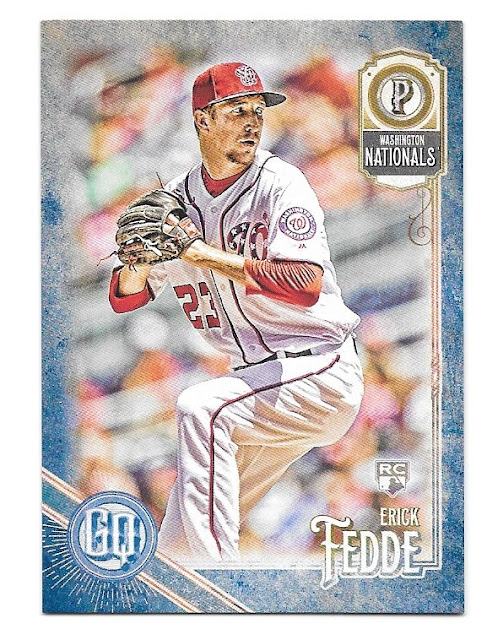 The indigo parallels are numbered on the back, this one is 144/250.

We also got a single insert this time around - and it's from my favorite insert set in the Gypsy Queen set (at least from those that I've seen so far). 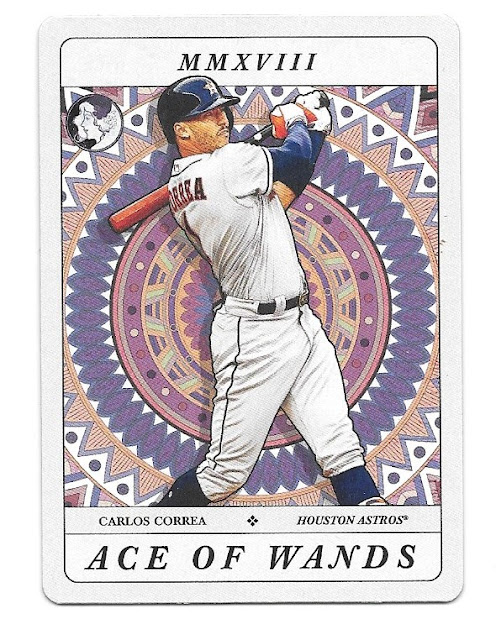 That's a Tarot of the Diamond card of Carlos Correa, named the Ace of Wands.  Definitely a cool card and a fitting design/idea for inclusion in a set called Gypsy Queen!

And finally, our first of the two promised hits for the box - an on card autograph of Alex Verdugo of the Los Angeles Dodgers. 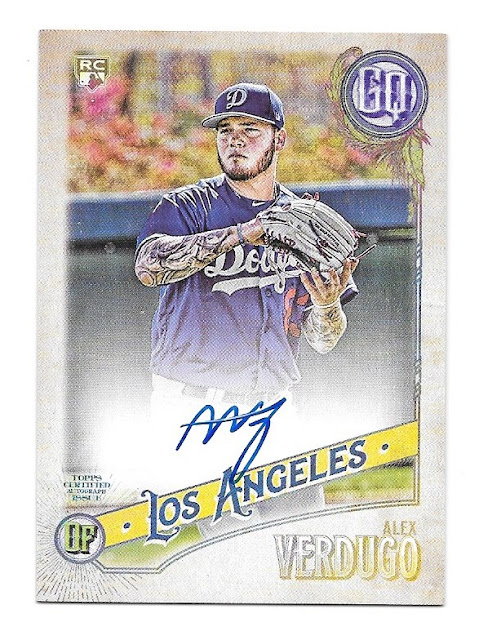 Once again, I have more "luck" pulling Dodgers than I do cards of virtually any other team.  This card is well-designed, but the bad thing is that I don't know anything about Verdugo.  It is a signed rookie card so I suppose it could be quite the pull down the road if Verdugo amounts to anything.

That does it for the first third of the box.  Still 16 packs (and one more promised autograph) to go...what are the chances that I get a NON-Dodgers hit for my second auto?!
Gypsy Queen 2018