The Year of the Baseball Card!

on April 08, 2018
I think that 2018 has definitely been the year of the baseball card (for me).  Probably more so than any year since 2008 or 2009.  Part of that is probably directly attributed to the upcoming birth of my first child (i.e. enjoy baseball cards now because I won't have much free time later) but another big reason is that I've genuinely liked a lot of the recent card releases.

In fact, this year alone I've collected the vast majority of Topps Series 1 and I'm over halfway done with Panini Donruss.  I liked Topps Heritage (but I won't be collecting it since I'm still refusing to collect  Heritage set until I finish off the older Heritage sets that I've been working on forever).  And now, thanks to three blasters of Gypsy Queen, I decided to go for that set as well.

And that brings me to today's big purchase: 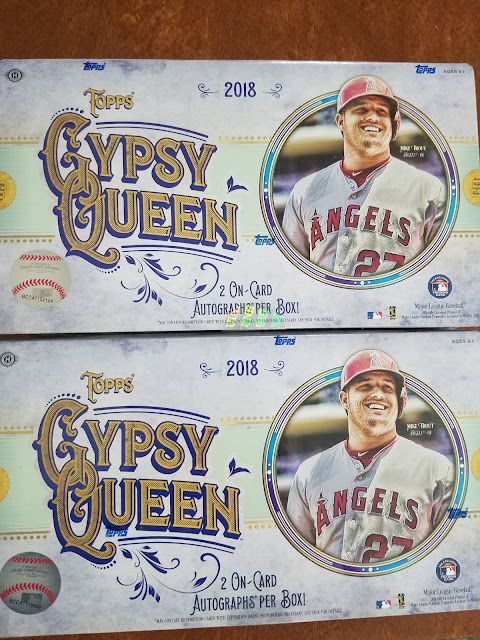 Yep, two hobby boxes of 2018 Gypsy Queen, all for me!  I don't know the last time that I bought a pair of hobby boxes for myself (other than Allen & Ginter).  What can I say, I happen to like this year's GQ set a lot!

Over the next few days, I hope to rip both boxes (and update my want list).  I probably won't do a post for each and every pack, but I do hope to show off the highlights from both boxes.  To get the party started, for today let's rip the first box and see what we ended up with for our box topper. 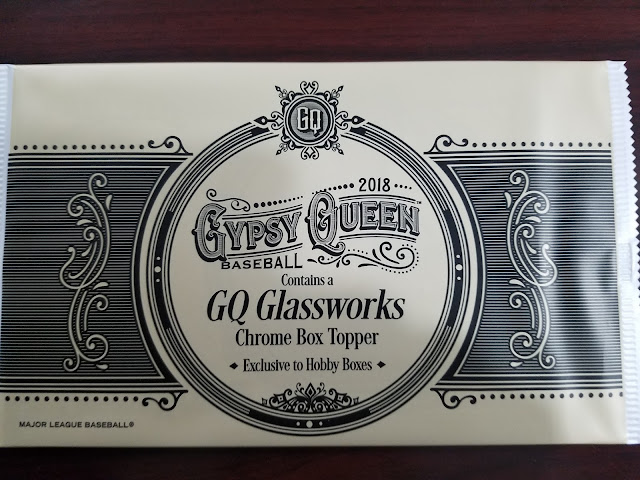 Each hobby box comes with a GQ Glassworks chrome box topper.  The checklist for this set is nice (though there are no Reds which isn't suprising).

For my boxes, I'm definitely hoping to get Altuve!

So who did I actually get?  Well, in the first box it should be no surprise to long time readers of this blog...it was yet another Dodger! 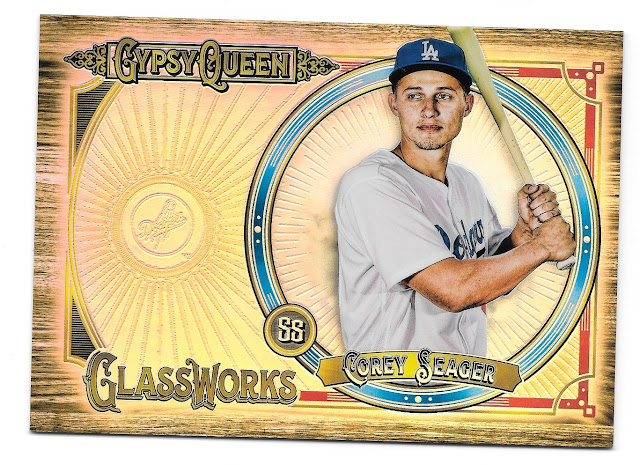 That's Corey Seager - and I definitely could have done worse in terms of player selection, I will say that.  These Glass Works cards are gorgeous - and quite thick.  I'm a huge fan - they are just as nice in person as I was hoping that they would be!

Come back soon for more out of my Gypsy Queen boxes.  Each box promises two autographs so there should be some fun stuff in each box - and hopefully in the process I can complete my base set (I won't complete the pesky short prints, however, since they are seeded one per box on average).
Gypsy Queen 2018