on July 24, 2018
Yesterday, I started ripping into my second box of 2018 Allen & Ginter and very quickly discovered that I had a "hot box" on my hands.  While I'm still up in the air in terms of how I feel about the hot boxes in general, I will admit to a bit of an adrenaline surge when I first discovered what I had on my hands.  What I didn't find, however, were any hits in the first third of the box - so I would anticipate the latter portion of the pack posts to be chock full of goodies, right?  That's how that should work. 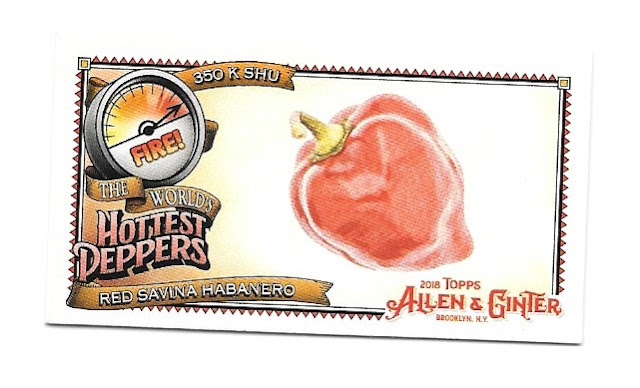 Yes, yes, yes!  My first of the Hot Pepper minis!  As a vegetable grower myself, I love the idea of this insert set...and while my garden doesn't feature many exotic peppers (only green bells, jalepenos, sweet banana, and a Cayenne blend) I am still excited about the prospect of this set. 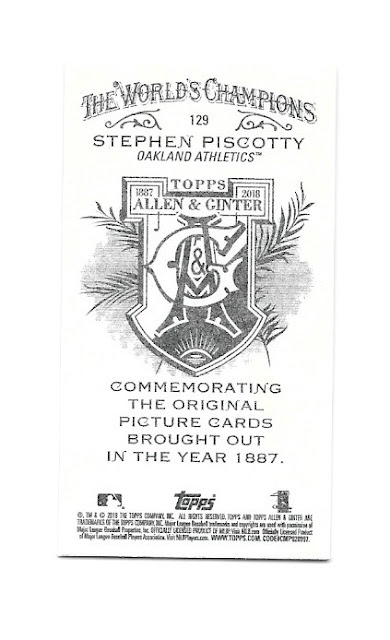 This might be the first pack without a short printed base card in it (something that I found to be odd in terms of how many short prints I pulled in the first half of the box).  In fact, I have pulled eight base short prints in 10 packs to date, that seems to be out of line with the 1:2 pack odds.

Nothing much to see here, moving along. 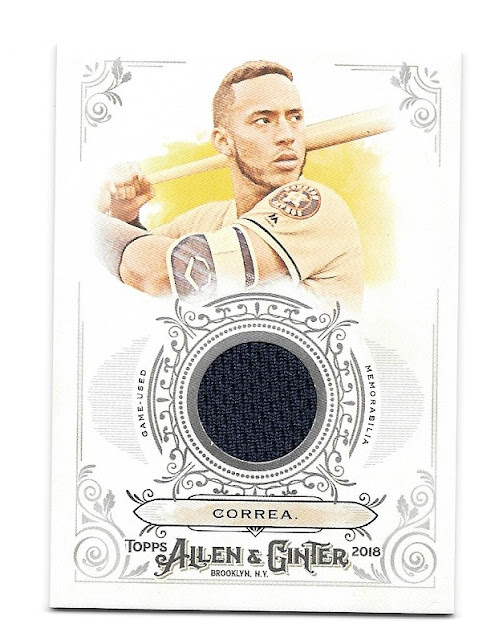 Well, there it is - the first hit of the box.  I do appreciate the fact that this isn't the usual gray or white jersey bit.  Instead, it's a nice blue color - and the card as a whole actually looks pretty sharp.  Easily one of my favorite relics that I've pulled thus far from 2018 Ginter!

We have now hit the halfway point of box #2.  For me, the highlight has to be the Hot Pepper mini but I can't complain about the Correa relic either.  Good stuff - let's hope the second half continues to deliver even more fun!
Allen and Ginter 2018