Finishing off the Retail Blaster of Ginter.

on July 22, 2018
Earlier today, I started the process of ripping through the first of two retail blasters of Ginter that I bought from Wal-Mart.  In the first four packs of the blaster, I found three mini inserts (which is amazing since a full hobby box will only net your five such mini inserts)!  What will the final four packs hold for us? 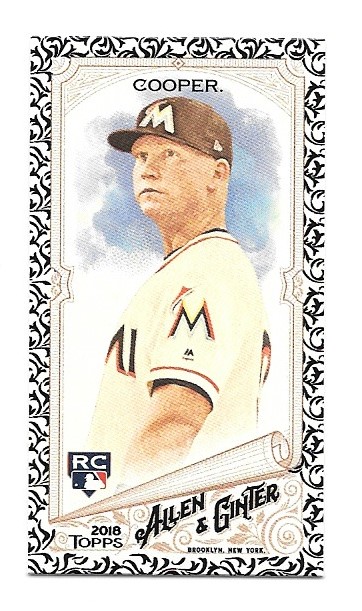 Black bordered minis are 1:10 or slightly rarer than one per blaster in retail.  Cooper is a rookie for the Marlins which is just about the least interesting big league option there is, but still... 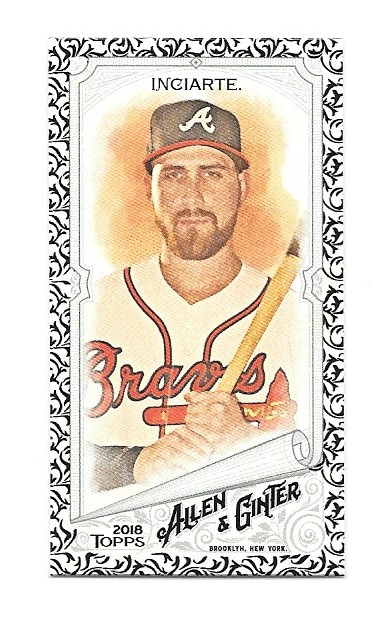 Unlike in previous years, Topps doesn't list short print specific odds for the minis this year (other than for the regular mini short prints which are 1:13 packs).  I can only assume that black bordered mini short prints are quite a bit rarer than that.  That's back-to-back packs with black bordered minis in it to open the second half of the blaster.  Not as exciting (for me) as the all the mini inserts, but still pretty cool. 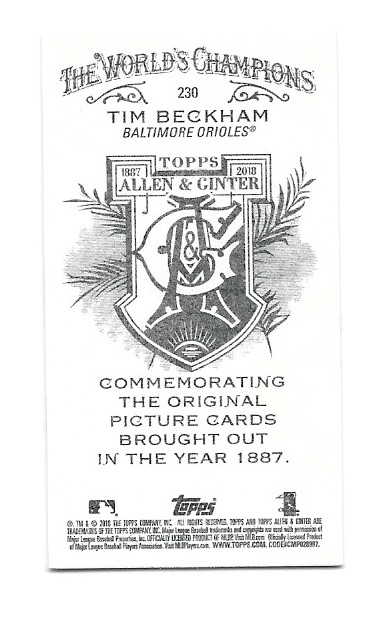 My second A&G back mini of the blaster.  I seem to have hit the mini gold mine with this blaster. 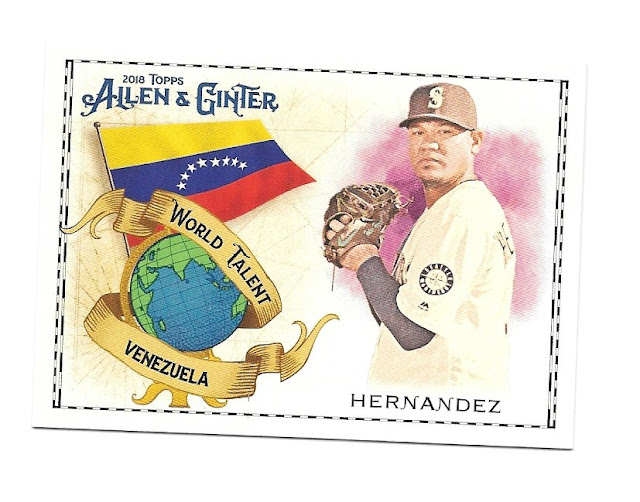 That does it for the blaster.  Overall, I'll call it a success since I got a bunch of inserts (especially minis) that I needed for my set!  I have a lot of card organizing to do once I finish ripping the second blaster and the remaining three hobby boxes!
Allen and Ginter 2018