on July 06, 2018
Yesterday, I discussed my idea of my three Frankensets.  What better way to get more cards for the sets than by opening up a pack of old cards from a set that I'm not collecting?  If I get lucky here, I'll end up with a handful of cards that have a chance of making it into either the Reds Frankenset or the Non-Reds Frankenset!

This pack of 1991 Upper Deck is in foil and contains a rather robust 15 cards plus a 3-D Team Logo Hologram.  The pack wrapper also states that you can find one of 2,500 personally autographed Hank Aaron Baseball Heroes cards in the set as well.  Imagine if I actually pulled one of those out of this pack?! 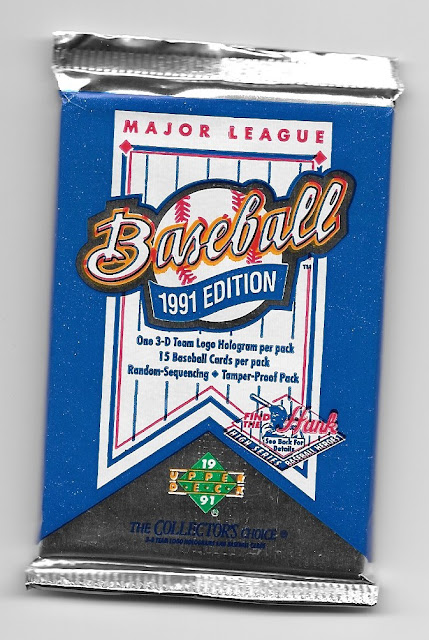 In the order that the cards appeared in the pack... 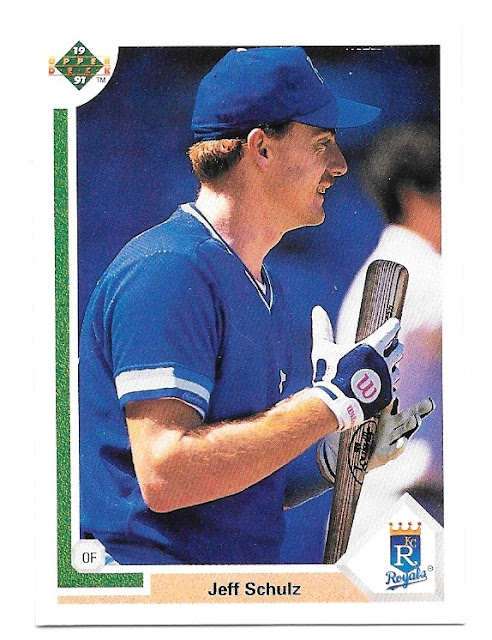 I never heard of Schulz so I don't have much to say about him.  I do, however, like the basic set design of the 1991 Upper Deck set.  In fact, this set was a tough set for me to decided not to collect.  As a kid, I missed out on both the 1989 and the 1990 Upper Deck sets so '91 was my first introduction to the UD brand.  I loved (and still love) the photographs in the set, both on the front and the back of each card. 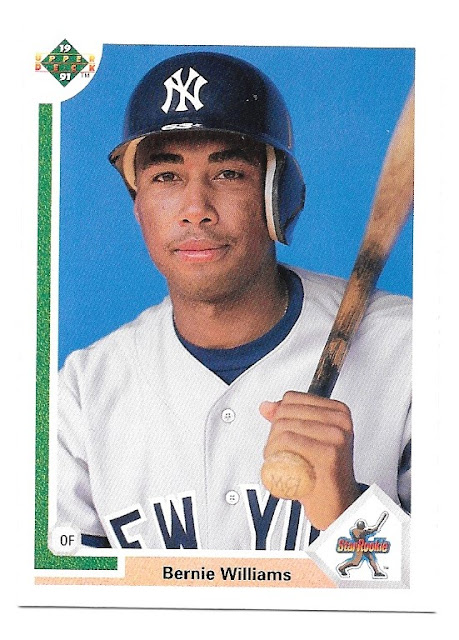 Bernie gets the "star rookie" logo at the bottom of the card which is fitting. 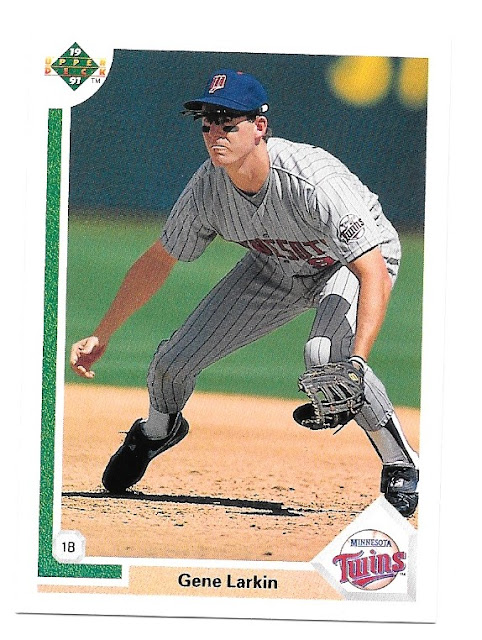 As a Barry Larkin collector, Gene Larkin annoys me because if I simply search for "Larkin" on eBay or the like I end up getting some of his cards in the mix as well.  Nothing against the guy, he simply has the wrong last name for my collection. 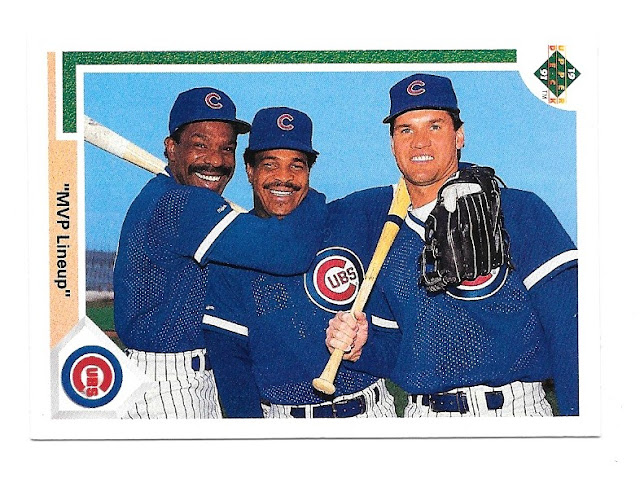 Cards like this are a reason why the early 90s Upper Deck sets were great.  The only problem I have with the card is the layout - the photo is landscape but the border is portrait.  It looks kind of funny...but that's a small nitpick for what is actually a pretty awesome card. 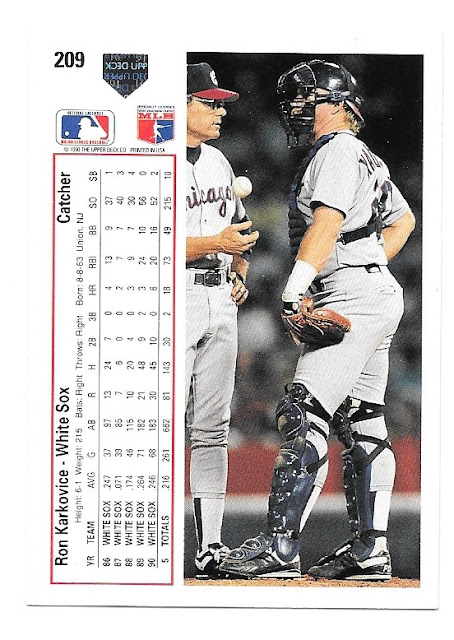 This is a good time to show off the back of a card.  Karkovice's card back is pretty awesome - I love the rather candid shot of a mound discussion during what appears to be a night game. 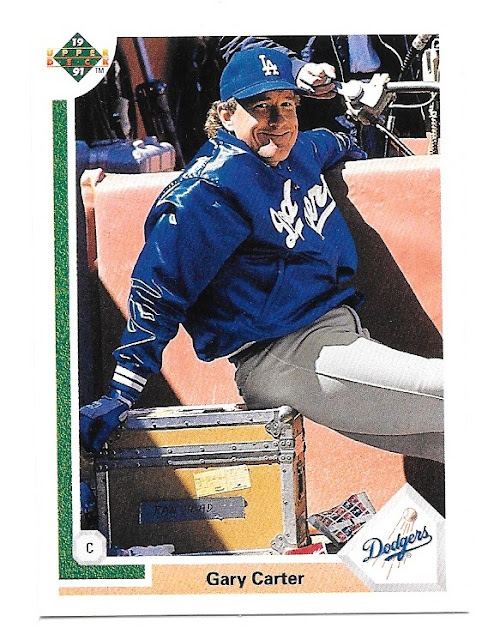 The card of the pack so far.  What a great photograph. 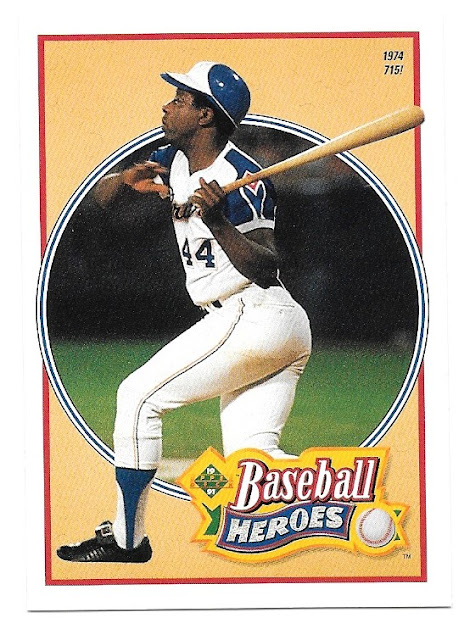 The Baseball Heroes cards are still cool to me to this day.  A simple, classic design.  This is not one of the 2,500 autographed cards unfortunately. 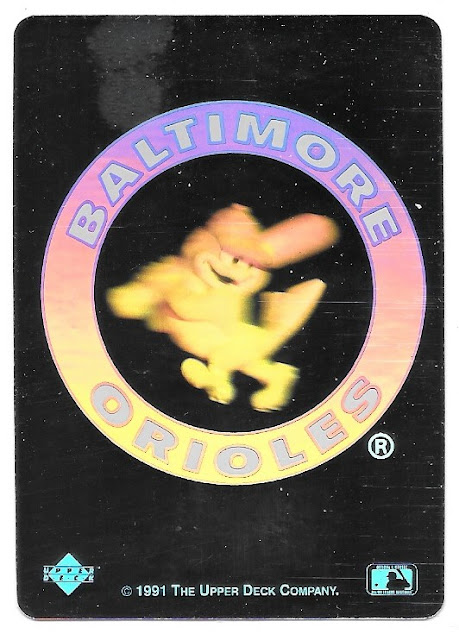 I also love these team stickers to this day (even if I ended up with the lowly Orioles in my pack).

That's it for the pack...but I have to say, I almost forgot just how much I love 1991 Upper Deck.  I won't be collecting the set (I've already decided against that in a post a few years ago) but there's a good chance that a large chunk of these cards end up in my non-Reds Frankenset.  The only disappointment in the pack is that I didn't pull a single Reds' card.  Still, it was a fun rip for a Friday!
Flashback Friday Upper Deck 1991