on October 23, 2018
I was super excited to find an unopened box of late 90s Pacific to include in the group break.  Admittedly, the Paramount set isn't my favorite of Pacific's brands but still, it's cool to have such a set in the break (and we already found a box hit - check out the previous post for more details on that).  Now though, let's look at the next batch of packs and see what we goodies we can discover. 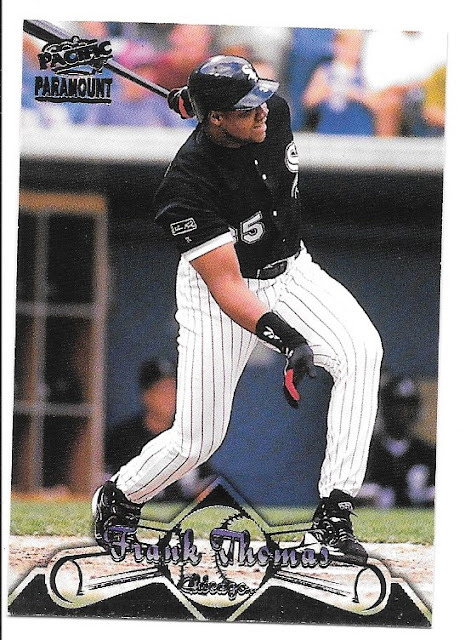 Bru lands an Astros' parallel while JediJeff gets a nice base card of the Big Hurt.  Pretty good pack for our group break! 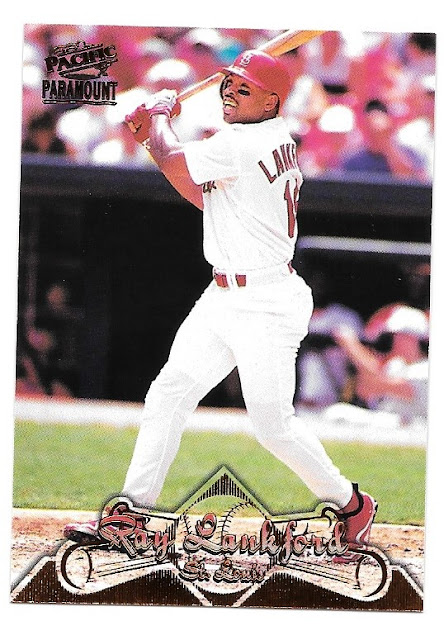 Two for two in terms of packs producing parallels for claimed teams in the break! 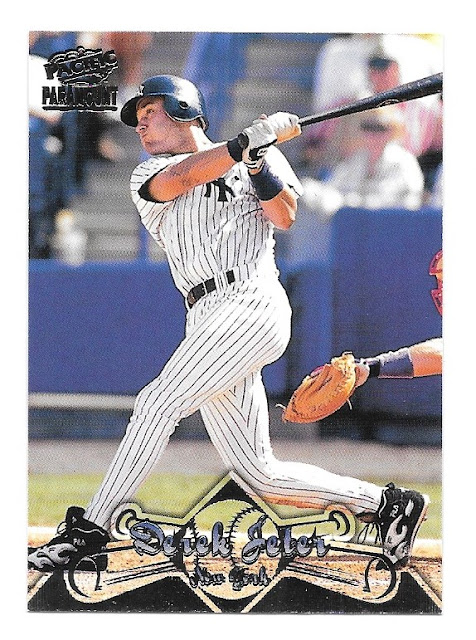 The Valentin ended our streak of claimed teams getting the parallels but I think that Jeter base card still means this is a successful pack for group break purposes. 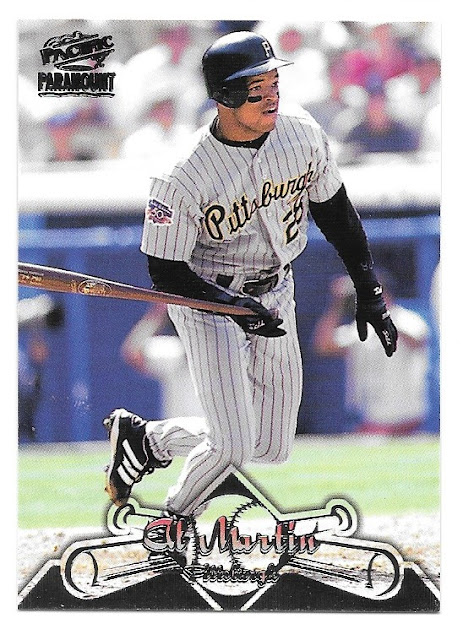 I did four packs in the previous post but I'm feeling it right now...how about two more? 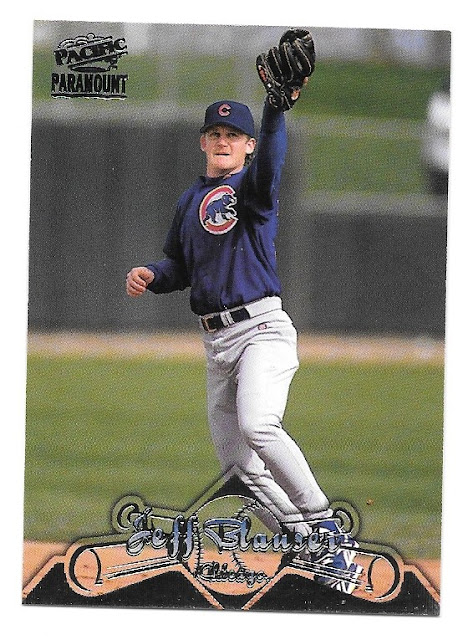 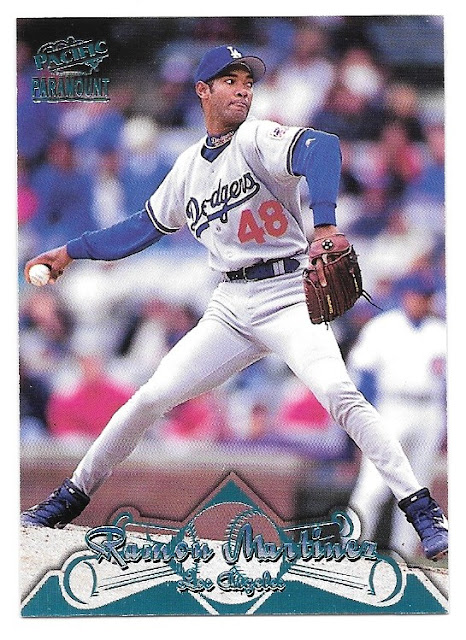 The Platinum Blue parallels are seeded 1:73 packs making them a tough pull!  I have to admit, the blue looks great with teams such as the Dodgers!

Not a bad set of packs - a little something for almost every claimed team which is nice to see from a host's perspective.  What do you all think of this set so far?