Group Break: Finishing off the Pacific Paramount Box with a Die-Cut and a Card #/99!

on October 25, 2018
It's Thursday morning and I managed to rearrange my work schedule to stay home with my five-month-old (!) today.  He's down for a nap at the moment and so I've stepped into the man cave to try and post the final five packs out of our 1998 Pacific Paramount box.  Life is good.

Speaking of good, so far our box has yielded three inserts including a Die-cut Checklist insert (2:37 packs, a platinum blue parallel (1:73 packs), and a Special Delivery insert (1:37 pack).  With five packs remaining, we should still get one more Checklist insert since they are seeded just shy of two per box.  Let's dig in together! 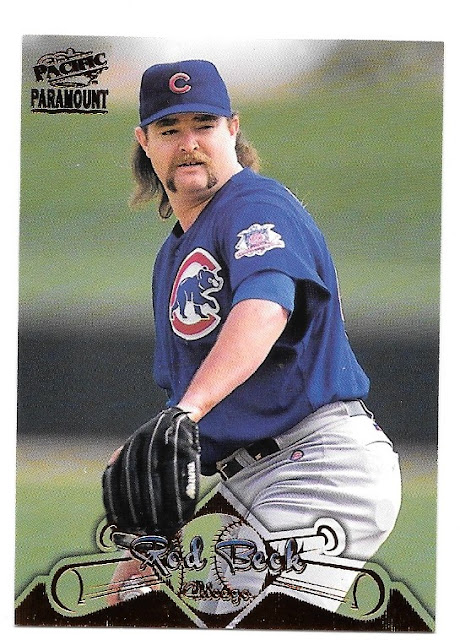 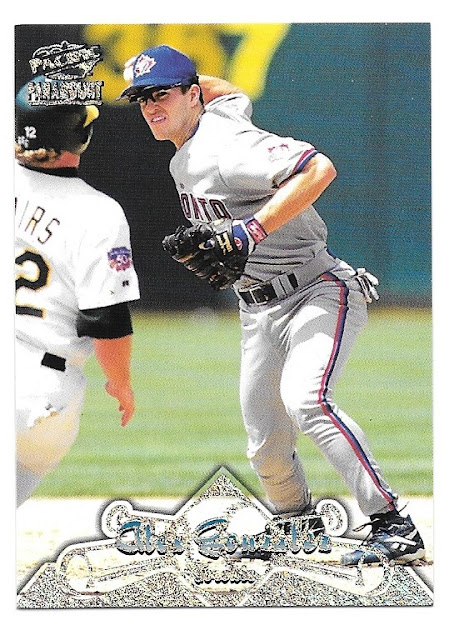 Woah!  I didn't expect us to get a Holographic Silver parallel in the box - very cool!  The card is serially numbered out of only 99 on the backside.  According to the pack wrapper, the Holographic Silvers are a hobby only parallel - a very nice hit for the Blue Jays! 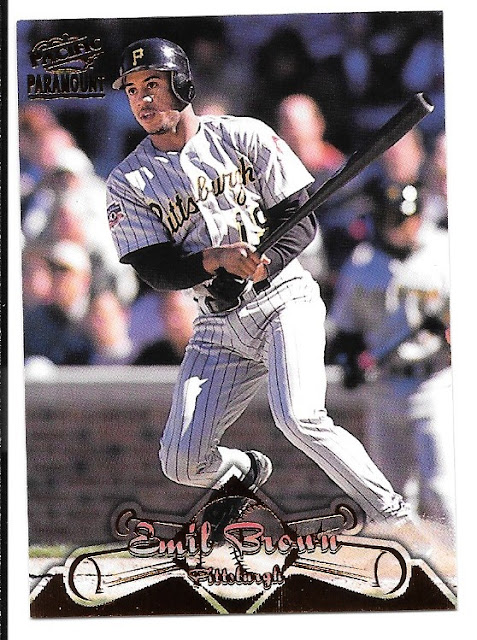 Nice to see another copper parallel go to a claimed team in the break! 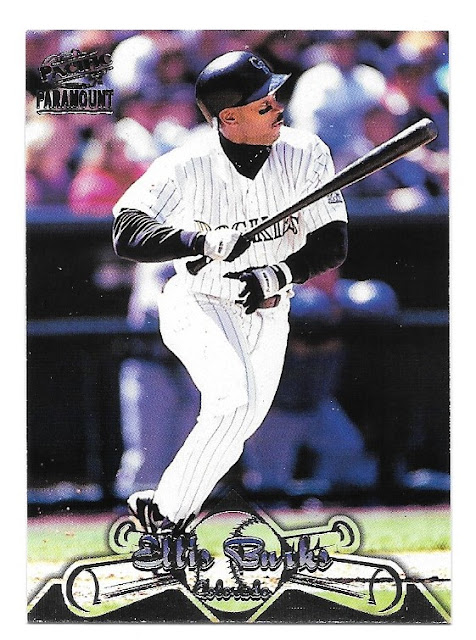 Two packs left in the box... 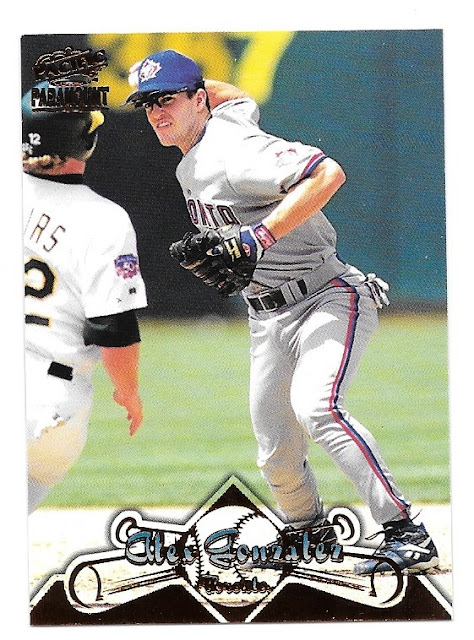 We've now pulled the copper and the silver of this card in this post.  Not bad! 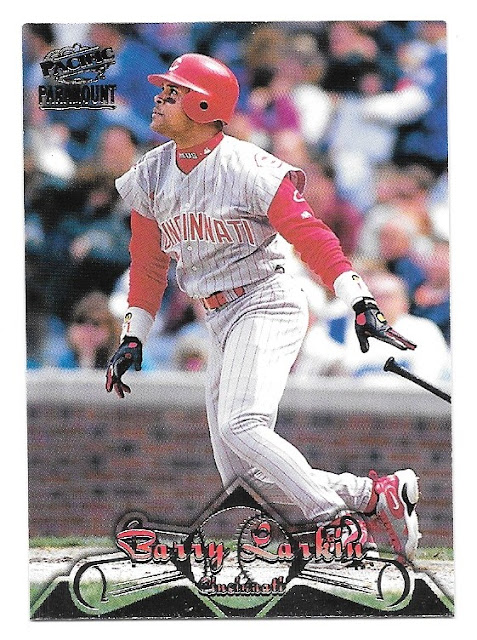 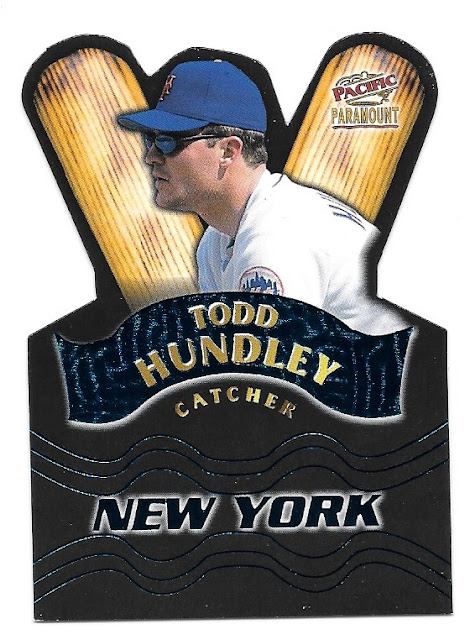 And that concludes the box break - nice to end on our second die-cut Checklist insert of the box.

All told, I think that was a solid box for a group break.  We ended up with a lot of parallels (1 per pack plus the two "rare" parallels that we got in packs).  We also found a couple of insets - but in true Pacific fashion the inserts actually feel special.  Personally, I'm a fan of fewer inserts in products because then when you do get an insert it seems more special.

Next up?  Our box of 1995 Score Summit.  I've already busted that on video - now it's time to start writing up the pack posts!  Stay tuned for more, the break is really just getting a full head of steam now as we move into box #4 of 8!
group break 3 in 2018 Pacific Paramount 1998