on October 29, 2018
The group break is officially past the halfway mark, at least in terms of boxes now that we are about to dig into the fifth (of eight) boxes.  For our next box, let's move up in time to the newest of the group break boxes:  2016 Panini Donruss.

The Panini Donruss box is a retail box with 24 packs and one promised relic or autograph.  I thought this box would be a nice addition to the break mostly because it will provide us with some newer players to go along with plenty of players from the late 90s and early 00s.

Let's get it started! 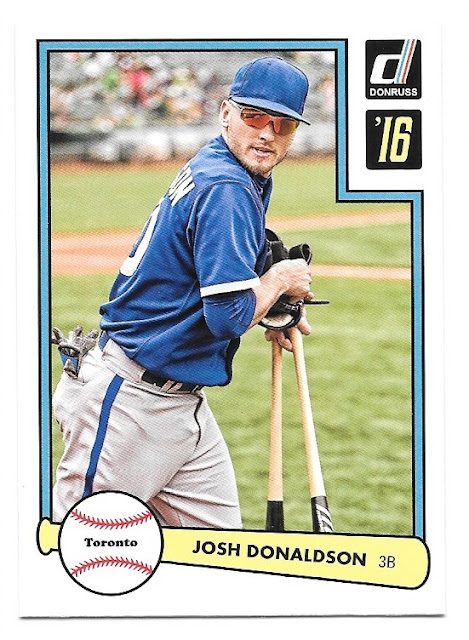 It's a Donaldson hot pack!  The 1982 retro set is pretty nice - easily my favorite part of the 2016 Donruss set if I'm being honest.  The images in the set are (for the most part) top-notch and I hope that those of you who are lucky enough to land some of the '82 will agree with me! 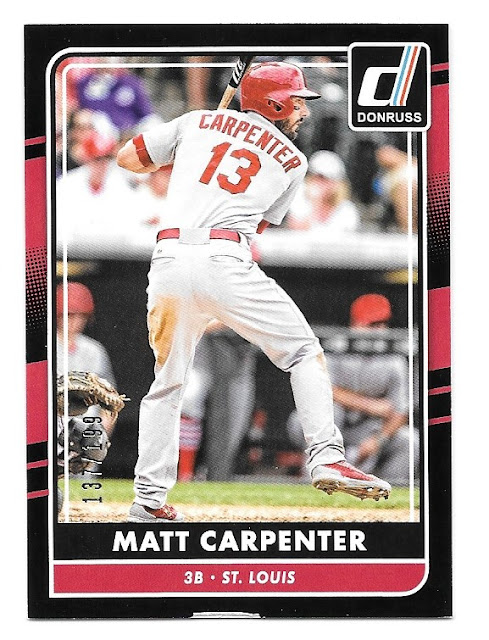 The black bordered card is nice looking - especially for a team like the Cardinals with the red and black on the border.  Unfortunately though, the card came out of the pack damaged a bit on the bottom (you can see some "flipped up" paper).  This card came in a pack with a dummy card (thick cardboard) and I'm guessing that's what caused the slight damage.  Still, it's a nice looking design. 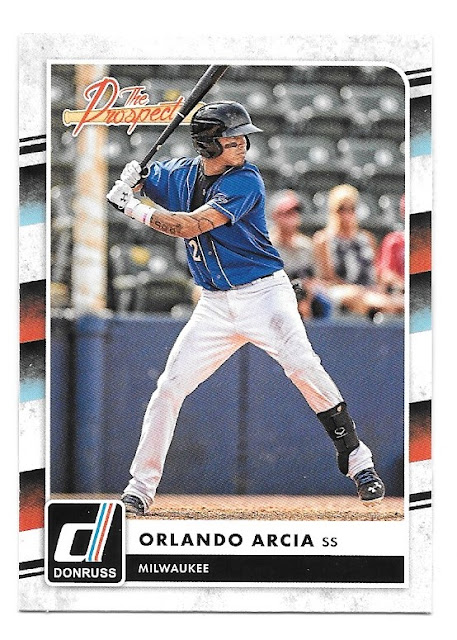 The Brewers did well with that pack, both the Yount and the Arcia are quite nice. 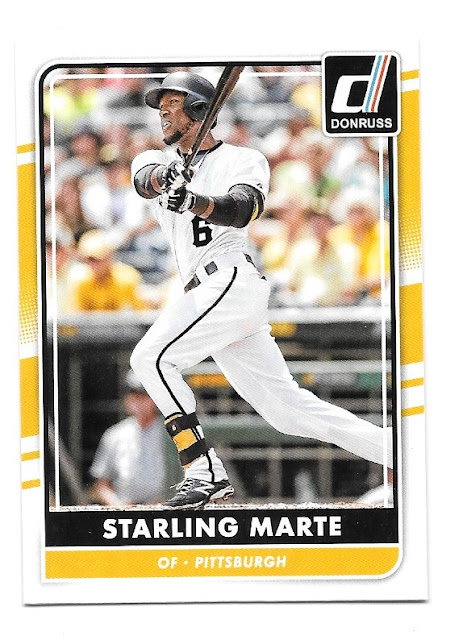 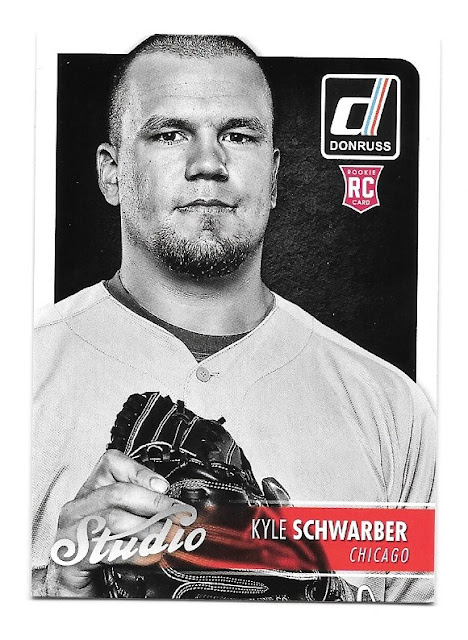 Another nice pack, the Studio insert is very much a throwback to the old '90s Studio sets.

That was a good start to the box - and with 24 packs total we have only just begun our odyssey.  Come back soon for more!
group break 3 in 2018 Panini Donruss 2016