on October 27, 2018
Another day, another bunch of group break packs!  At this moment, I have fully sorted out one whole box of cards into team stacks (the Archives box).  That one was a pain since I had to double-check some team assignments (such as the Browns going to the Orioles and the Senators going to the Twins).  I think sorting the cards into team stacks is one of the worst things about hosting a group break.  The worst thing, however, is 100% the packing and shipping of cards.  That's never fun.

However, what is fun is getting new cards of your team - and the only way for that to happen is for me to continue busting packs of cards for everyone.  Let's return to the box of 1995 Score Summit and see what is in store this time around. 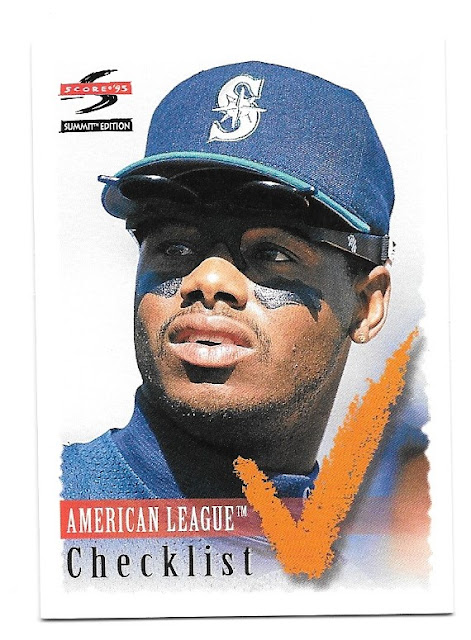 Both the Griffey and the Vaughn/Williams card are checklists that are numbered as part of the base set.  In the case of the two player card, that card will be randomized at the end of the break between the Red Sox and Giants. 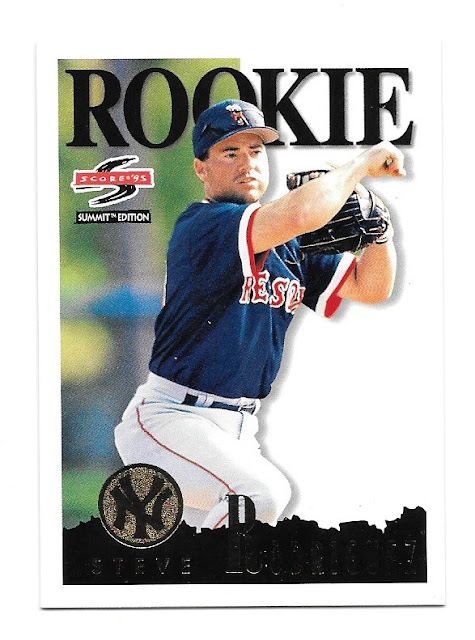 Two of the rookies in this pack had team logos not matching their assigned team (the other being Pemberton). 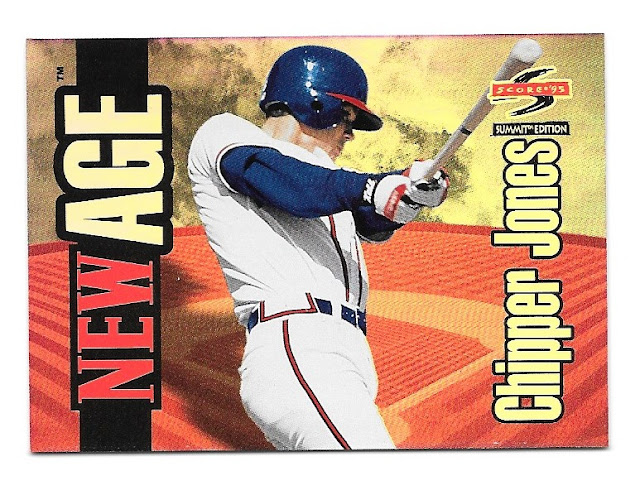 Nice!!  While that pack was a great pack for the Red Sox, the real winner has to be the Braves with that awesome looking Chipper Jones insert.  The New Age cards are seeded 1:18 packs so it is almost a box hit! 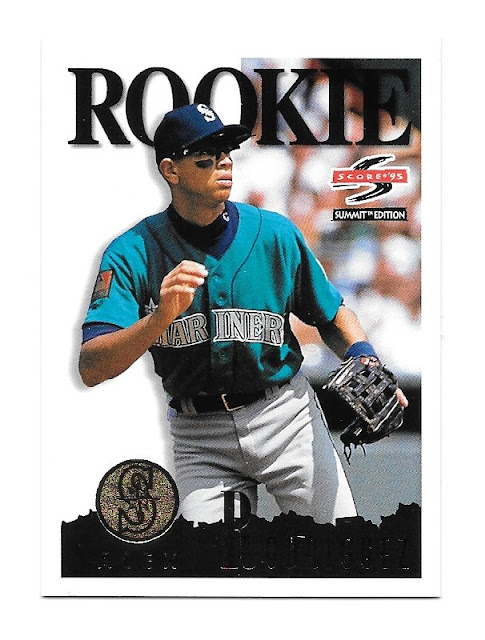 I'll admit that 1) that's a nice A-Rod card and 2) A-Rod has grown on me quite a bit since he retired from baseball.  I actually find some of his baseball analysis on TV to be pretty good - clearly he does have a lot of knowledge of the game and for the most part, I find he can explain things to the viewer quite clearly.

Overall, that was a pretty nice set of four packs even if we didn't land one of the 1:4 Nth Degree parallels.  I figure it should mean we get a couple of parallels in a different set of four packs (assuming the odds hold for the box).  That Chipper Jones card is really nice - only bummer is that no one actually claimed the Braves as their main team this time around!
group break 3 in 2018 Score Summit 1995