on March 14, 2019
I'm back with another round of packs out of my 1999 Pacific Private Stock box.  The last batch of packs provided a few new cards for my set but also a whole lot of duplicates from within the box.  As a set collector who bought this box solely for the purpose of furthering my own set, having duplicates within the box itself is basically a nightmare situation!  Let's hope for sweeter dreams with the next batch of packs, shall we? 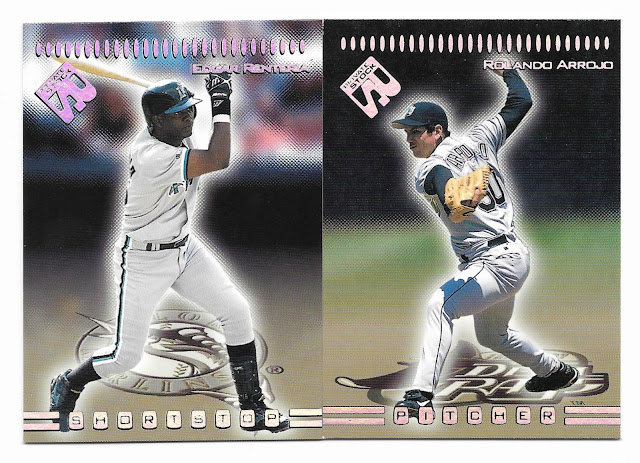 Well, another two cards that I needed (which is good) but also another box duplicate (which is not so good).  The mini wasn't overly exciting to me either this time around but at least there are a few Angels collectors out there who might want it. 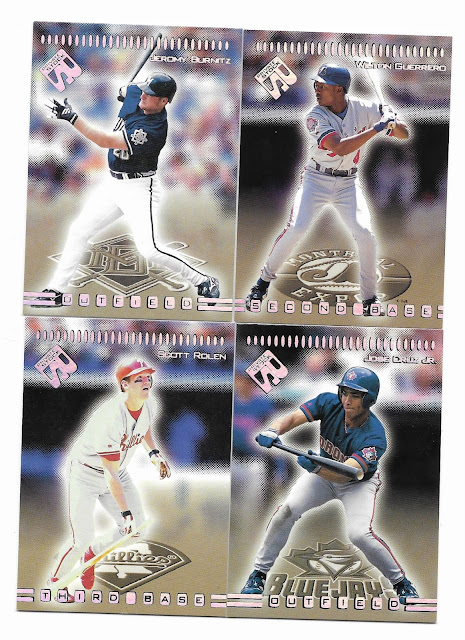 Well, that was another interesting pack for a variety of reason (not all good).  First, I needed four of the five base cards which is the best ratio of any pack so far.  The bad news, though, is that the pack didn't even have a mini card in it.  So while I did get four cards I needed, I was shorted a card from the pack overall.  Hard to decide how to feel about that pack overall! 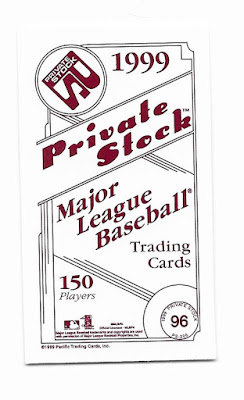 The parallel minis have red backs as opposed to the standard minis which are blue backs.  The red back minis are seeded 1:25 packs so they are just a hair more rare than one per box.  I'd be lying if I said I wasn't a little disappointed that my box hit was of an Expos player but that's mostly because there aren't many (any?) Expos collectors out there which pretty much kills my chances of trading this card for a mini I could actually use (like say the Barry Larkin red back mini)!

Oh well, still fun to pull a rare card...especially when the purpose of the box itself is for me to simply complete my base set.  Anything extra that I get from the box is exactly that:  extra bonus!
Pacific Private Stock 1999