on May 07, 2019
I'm ranking all 30 of the MLB teams in order of how much I like them at this moment in time.  As with most countdowns, I'm starting with the worst (Cardinals) and I'll eventually end up with the best (Reds).  The real question now is:  Where will the other MLB teams land in my countdown?

This is the last of the mystery slots - or at least it was a mystery until I posted team #3 in my countdown of the 30 best MLB teams. 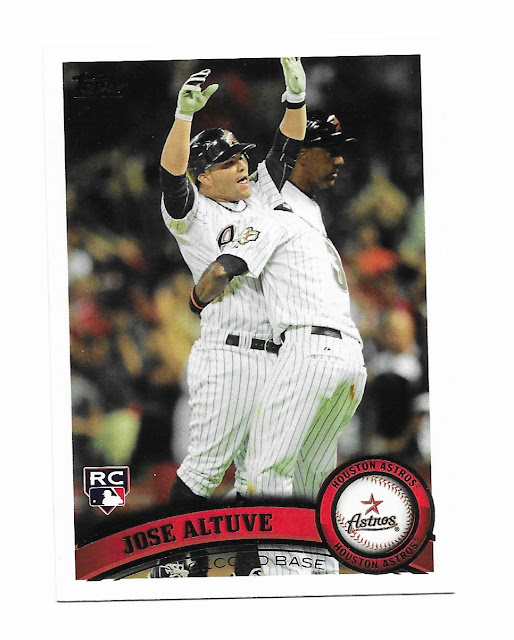 Truthfully, I used to hate the Astros back when they shared a division with the Reds.  I could count on the Killer B's of Berkman, Biggio, and Bagwell to utterly destroy Reds' pitching every time they met on the diamond which instantly made me hate Houston.  However, time heals all wounds (as does a team leaving not only the division but also the league).

Nowadays, Houston is in the AL West, about as far from the NL Central as you can get.  My real reason for liking Houston so much now though is that I like a lot of their players.  I've had Jose Altuve as a "keeper" on my fantasy baseball team for a number of years so I have an obvious rooting interest there.  I also enjoy watching the likes of Bregman and Correa ply their trade.  The only drawback to Houston at the moment is that I didn't like their signing of Osuna giving all his personal issues.  Sometimes I'd like to think that human decency will win out over baseball wins and losses but alas in this sport that rarely seems to happen.

All that said, Houston does take the #2 spot on my countdown.  Houston also gets a secondary honor as Jose Altuve is the one current player that hasn't played for the Reds but for which I maintain a player collection for.  That is to say, I do collect Jose Altuve despite him never being a Red!