Cards Showing the (Literal) Crack of the Bat are Cool!

on May 12, 2019
Today's post will put me at the three-quarter mark in terms of ripping my box of 1992 Upper Deck.  Before long, I'll have the long and arduous job of collating the contents of the box...and then working those cards in with the many '92 Upper Deck cards in my binder already.  Once all of that is done, then I'll be able to work up a want list for whatever cards remain to finish off my set.  Will I be able to finish the entire thing off before the end of the year?  I sure hope so since I'd like to avoid adding a new set to my want list during a year in which I've made it my priority to remove sets from my want list! 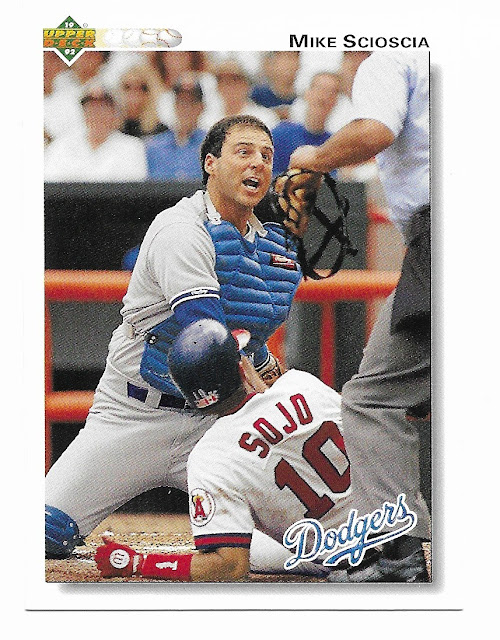 Cards like that Mike Scioscia are a perfect example as to why I've decided to actually try and complete 1992 Upper Deck.  It' a simple image, but it's a lot of fun - and it's not the type of photography that you see in many other sets (both for its time and even for today).  Kudos to Upper Deck!

There were a few great cards in this pack including the two wonderful horizontal shots you see above.  I particularly like the McGwire card since it shows his bat splintering (and you can make out the baseball leaving the picture as well)! 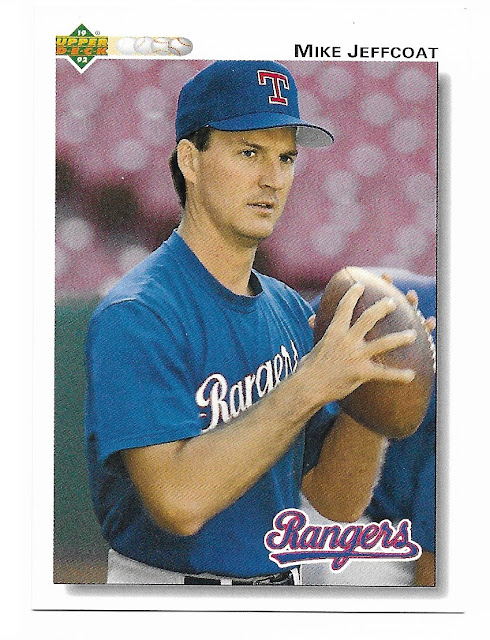 I also had to highlight this goofy Mike Jefcoat card.  Why is he holding a football?  The world may never know, but the image is at least immortalized forever. 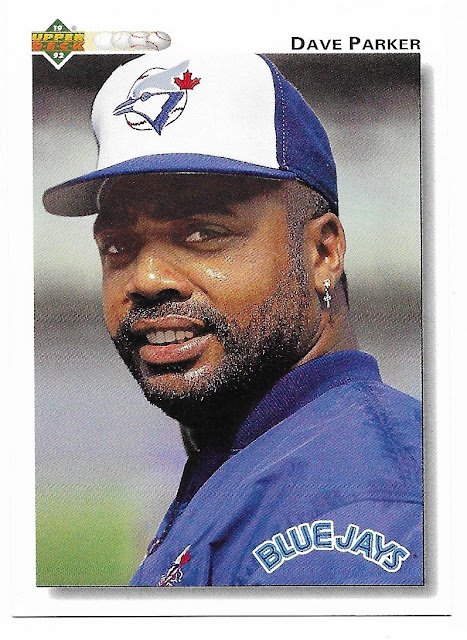 The final pack from the third quarter of the box featured three great head shots (Barry Bonds and Nolan Ryan being the other two).  I went with the Parker card though because it was the only one that appeared to have been taken during a game.  That is to say, to my eye Parker looks kind of sweaty which I am attributing to him being in a game (maybe it was just a hot photo shoot day but that's a much less glamorous mental image if nothing else).

Lots of good stuff this time around!  Only nine more packs remain in the box - my goal will be to get through all of those (and hopefully sort the entire box) prior to the end of the month.  Easier said than done though with the way time has been flying by!
Upper Deck 1992