on May 06, 2019
I'm finally ready to dive into the second half of the 1992 Upper Deck box of baseball cards.  As you probably know by now, I do plan on trying to complete the entire base set so once I've got the box busted (and sorted) I'll be sure to update my want list.  Until that happens, let's simply enjoy the cards as they come.

Another Ted Williams Baseball Heroes showed up here but the highlight for me is the Mariano Duncan card of him sliding into the base.  I am a sucker for images on cards that show a lot of dirt flying around. 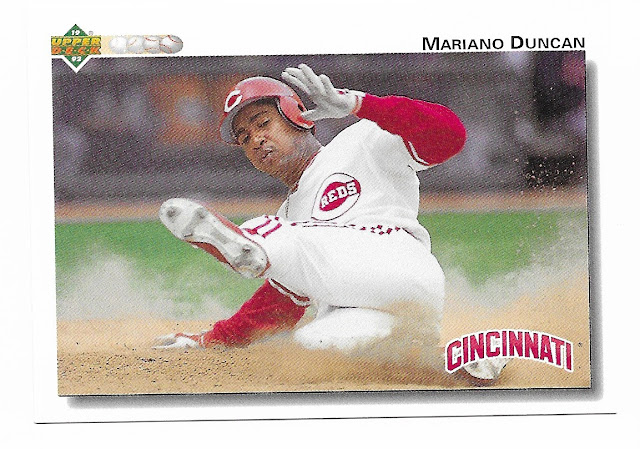 Oh yeah, this was also the first pack to produce a card numbered in the range of 1 - 49 in the entire box.  It sure took long enough! 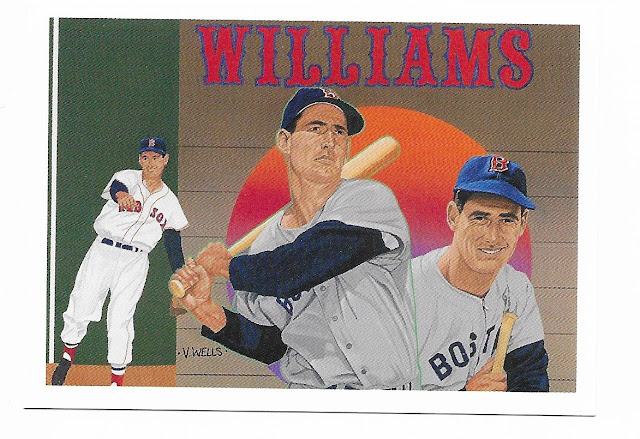 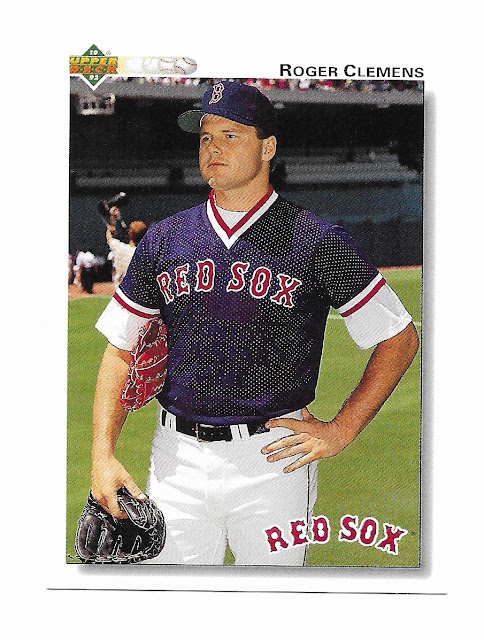 No box of cards from the early 90s would be complete without at least one Roger Clemens sighting.  This card gets special mention though because of Clemens' jersey (?!).  It looks like he is wearing some sort of mesh top.  That's not a good look if you ask me, but what do I know about fashion?

That was a fun set of packs.  Now that the we are into the second half of the box, I fully expect that I'll get the entire thing busted and sorted before too much longer!
Upper Deck 1992