on June 22, 2019
I've nearly reached the end of my 1999 Fleer Sports Illustrated box.  After today's post, I'll only have two more packs remaining which I'll (hopefully) get to tomorrow.  Then, starting on Monday it'll be my (Even) Better Know a Blogger series - personally I can't wait for that!

For now though, let's keep working our way through the box of cards. 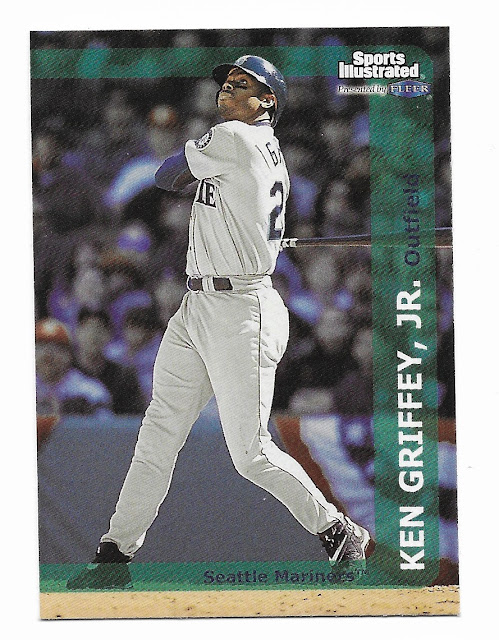 Always fun to pull a Larkin card from a pack!  The trio of Angels might be the best of the Team 2000 subset cards that I've seen (in terms of player selection).  All that said, the highlight of the pack has to be the brand new to my collection Griffey card! 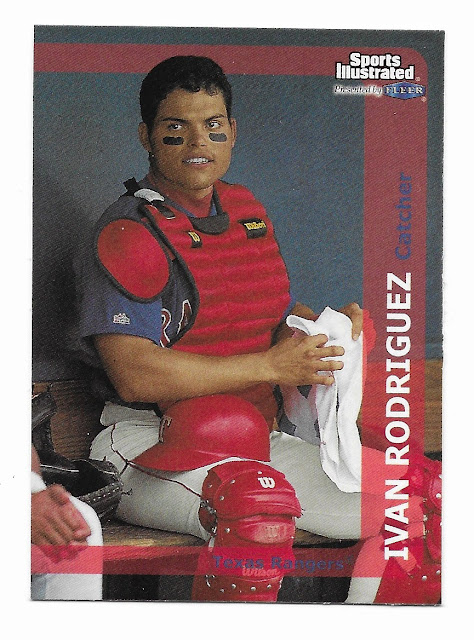 Two more cards that I needed for my set.  No complaints from me on this pack. 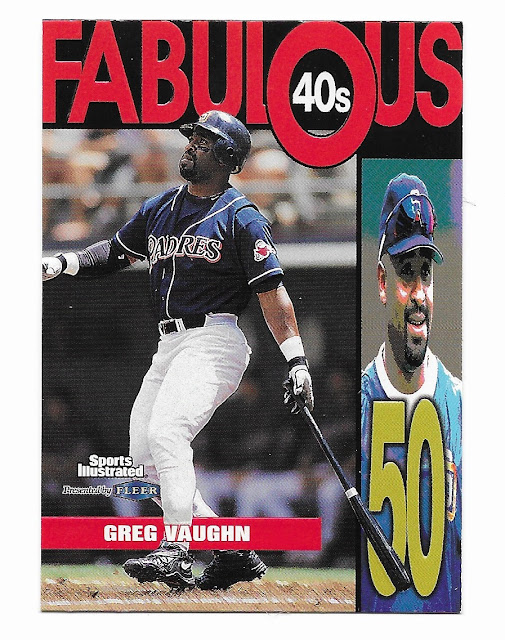 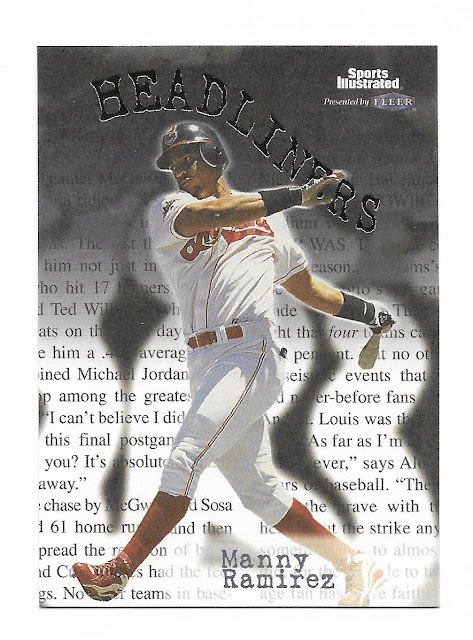 Wow, two more cards for my set AND two inserts (including the Manny which I didn't have either if I were to keep on trying to collect the Headliners set).  The Fabulous 40s cards are slightly embossed and the toughest of the "common" inserts in the set as they are seeded 1:20 packs.  The rarest inserts are the Diamond Dominators - pitchers are seeded 1:90 packs and hitters 1:180 packs.
Fleer Sports Illustrated 1999