One of My Favorite Chipper Jones Cards

on June 16, 2019
Note:  I am planning on running my (Even) Better Know a Blogger series beginning next week - if you haven't yet signed up and would like to, there is still time to get in on the fun.  I already have a number of completed surveys - posts will probably go up in the order I receive the surveys back.  Once I run out of surveys, that's it (so don't delay if you haven't yet emailed me back)!

Not sure what I'm talking about?  Go to the post detailing the entire (Even) Better Know a Blogger and find out what all the fun is about!  Now, let's shift gears radically and return to the box of 1999 Fleer Sports Illustrated that I started busting yesterday! 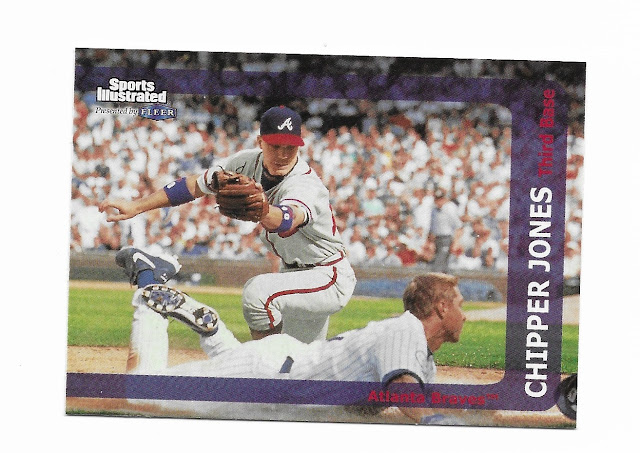 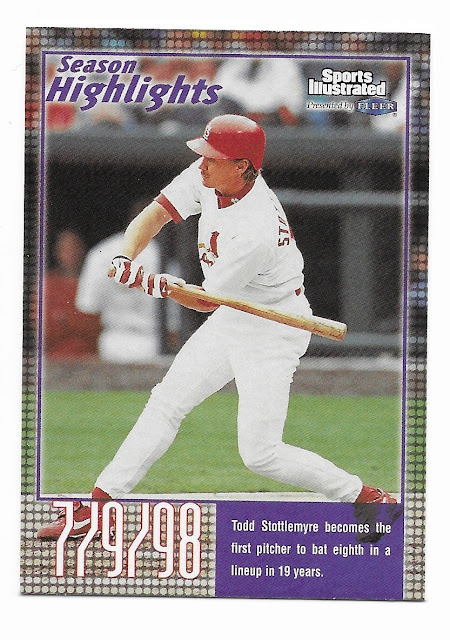 I'm fairly certain that McCracken and Arrojo were the lone Rays representatives in just about every set in 1999.  As for the two cards that I needed, that Chipper is gorgeous!  I've never seen that particular card before - it's a definite keeper even if I wasn't trying for the entire base set.  I also kind of dig the Stottlemyre card since it's a Season Highlight of a pitcher hitting in the eighth spot in the lineup for the first time in 19 years.  Nowadays that's fairly common but it was cutting edge stuff back in the late 90s. 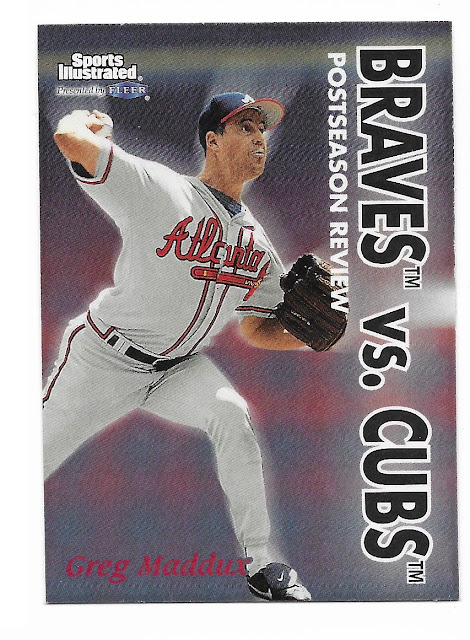 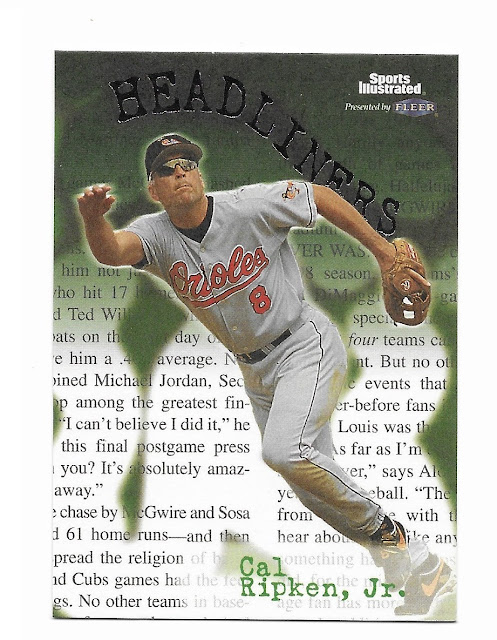 My original hope was to collect the Headliners insert set as well as the base set but the Ripken is a duplicate...and seeing how the Headliners are seeded 1:4 packs that means I should only get five more of them in the box.  Given how many inserts I'm missing from the set, there's a decent chance I may give up on the Headliners.  That said, I will wait to see how the rest of the box pans out before making any rash decisions.

In the end, that pair of packs produced three more keepers.  Not quite the two-per-pack rate that I'm shooting for but close enough I guess.  More from the box soon - I hope to get the entire thing busted before next week when I want to start my (Even) Better Know a Blogger series.