Too Little, Too Late

on June 20, 2019
Tonight, I'm going to finish off the middle third of my box of 1999 Fleer Sports Illustrated.  This is one of my favorite sets from 1999 and I hope you are enjoying a bit of a throwback series of blog posts! 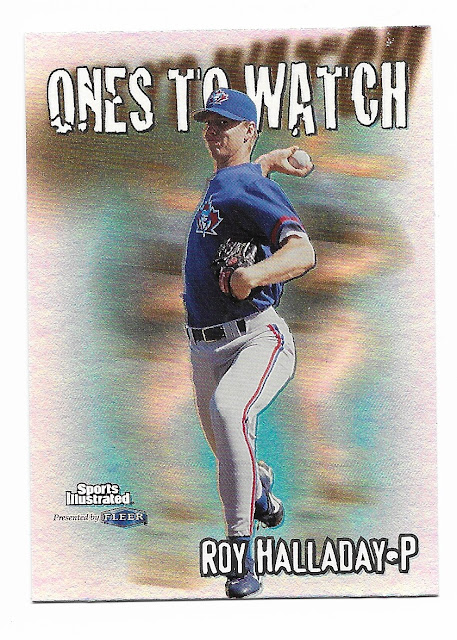 I didn't get any new base cards for my set in that pack but I did grab a 1:12 pack insert called Ones to Watch.  That card is rather shiny and honestly, it's pretty good looking in person.  I don't plan to collect that particular insert set, however, so the Halladay is up for grabs if anyone is interested.

Ouch, two packs in a row with nothing new to offer my set.  I had a good start to the box but the middle third has been rough in terms of adding to my set! 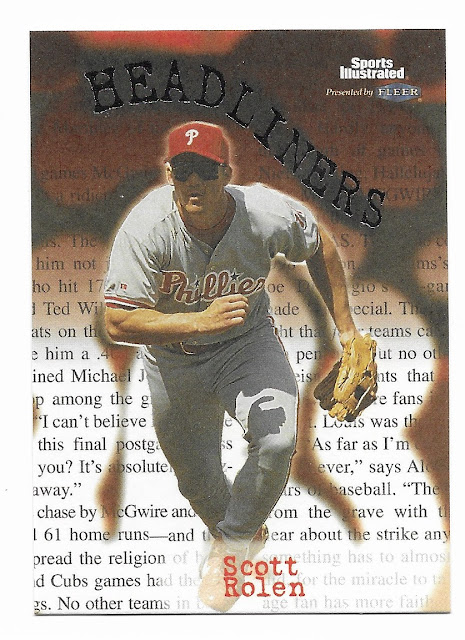 The only card I "needed" in this pack was the insert.  I say "needed" in quotations now because I'm 99% certain that I'll be giving up trying to collect the Headliners insert set.  The Rolen is probably too little, too late for that particular set.  Still, the main goal for the box was to get my base set completed (or close to complete).  I still have eight more packs to go, let's hope for better luck in the final third of the box!
Fleer Sports Illustrated 1999