on July 27, 2019
Only 16 packs remain in my final box of 2019 A&G.  Once I get through the remaining packs, I need to get everything sorted - and from there I'll get my want list up-to-date (as well as a for trade list).  Ideally, by the time you read this particular post I'll have all of that stuff done since I'm writing these pack rip posts a bit ahead of when they are going live on my blog. 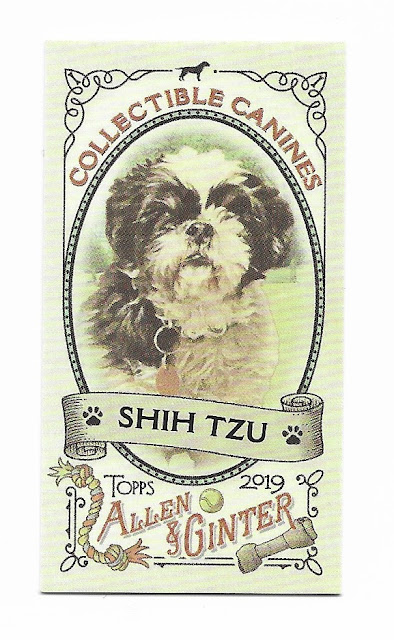 My second Collectible Canine but this one is a duplicate for me...and I've already used my Shih Tzu joke so I've got nothing left to say about this little pup. 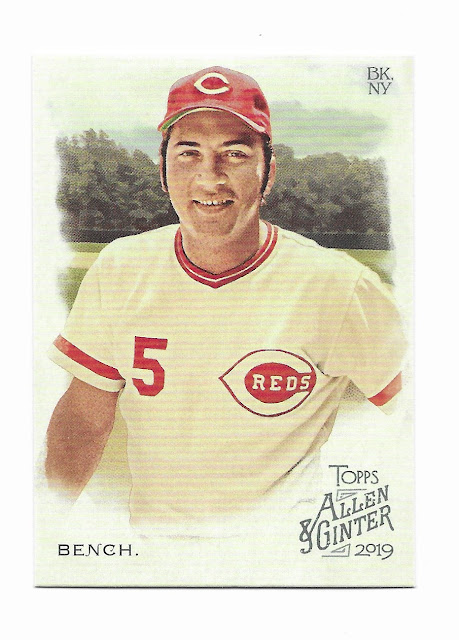 I'm still looking for my first Barry Larkin card out of 2019 Allen & Ginter (he is a short print this year which explains the scarcity).  Until I find him, I guess I'll have to settle for the nice Johnny Bench base card. 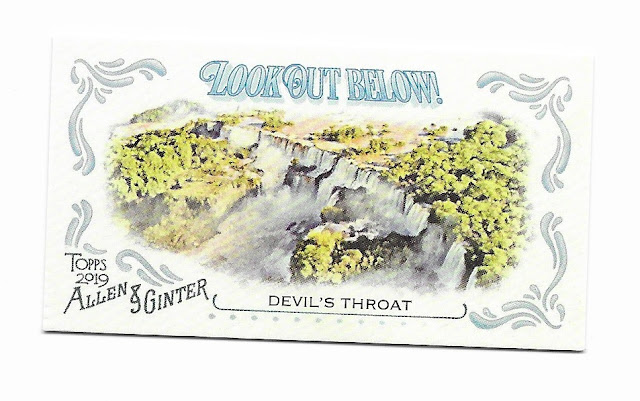 Pack #15 was interesting in that it held two mini cards - and both were nice.  There was a black bordered Reggie Jackson card but the better of the two minis was the Look Out Below mini of Devil's Throat.  This is my second waterfall mini and I think I like that set more and more with each card that I acquire.

Finally, once again the bottom pack in the column held our hit and it's a great one! 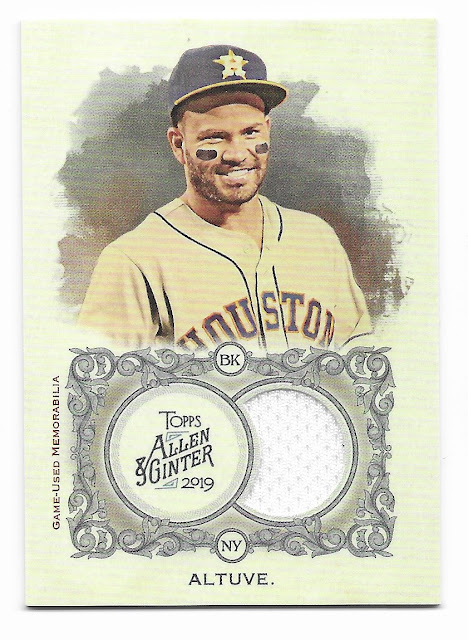 That's a Jose Altuve full-sized relic, my second relic keeper out of the four boxes (which is pretty great all things considered)!  Very cool and I'm quite happy thus far with the fourth box.  Even better, I still have another eight packs including what should be the most interesting hit of the box (at least if history is any indication of how packs were seeded within the box this year).
Allen and Ginter 2019