Once again, I found a cabinet card - this time of the Look Out Below type (which I actually prefer over the baseball player cabinet cards). 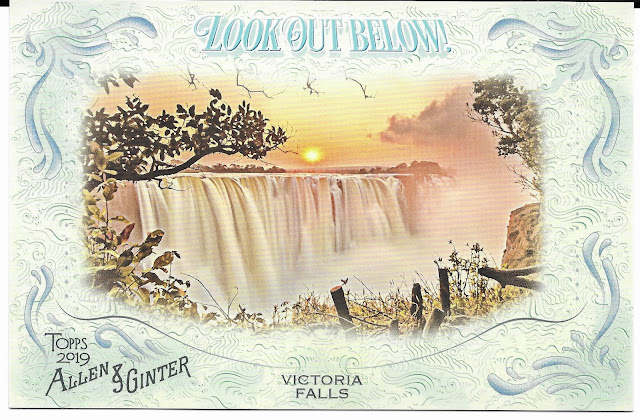 Topps has done plenty of cabinet cards over the years showing off specific landscapes or attractions this is the first year in which I can remember the photography on the card actually looking good. 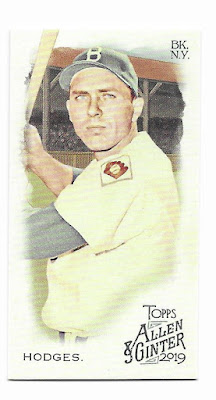 A dinged up black bordered Eric Hosmer was definitely a bummer but getting a regular back short printed Gil Hodges kind of made up for it. 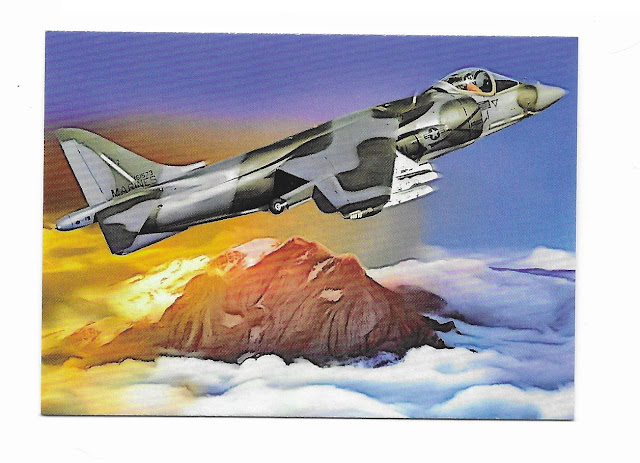 Another one of the cool History of Flight cards.  I actually haven't done very well with these in my hobby boxes, it seems most of the ones that I've pulled have been duplicates.  I'm still planning on putting the entire set together but it might take some serious trading efforts to do so! 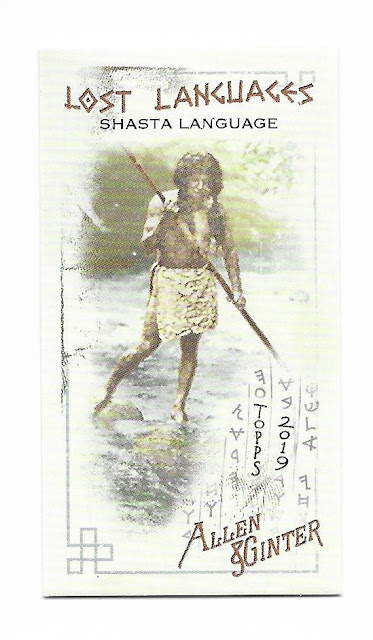 My second Lost Languages mini of the break - the Shasta language was once spoken in northern California to southern Oregon.  According to the card back, the last fluent speakers died in the 1980s, so this language hasn't been extinct for all that long. 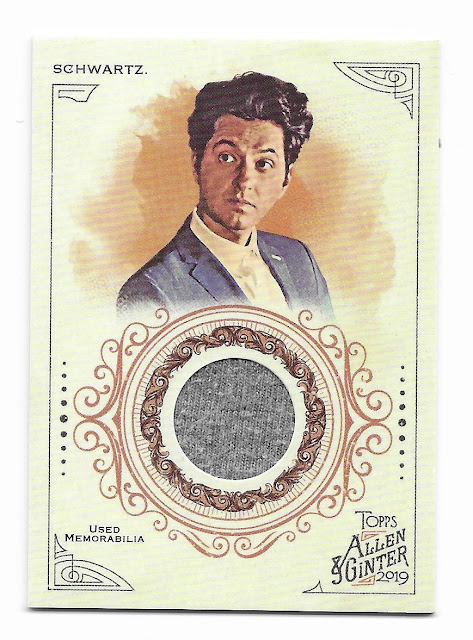 Just like in the second box, the hit was located in the final pack of the column.  Ben Schwartz is an actor and comedian, though as usual with me and pop culture stuff, I couldn't tell you the first thing about Schwartz.  Still, it's nice to pull a relic that contains something besides plain white cloth!

All told, box #3 has started off stronger than box #2 mostly thanks to the interesting relic and the waterfalls box topper.  Plenty more packs remain in the box and it'll take more than a waterfall to beat out the rip card!
Allen and Ginter 2019