Flashback Friday! What the Heck is "Hot Button Baseball"?

on September 06, 2019
Happy (Flashback) Friday, everyone!  For today's flashback, we are heading back to 2005 - the year I graduated from undergraduate college and one of my collecting "dead years."  As such, I have never heard of the set we are about to open:  2005 Topps Hot Button Baseball, Electronic Collectible Card Game. 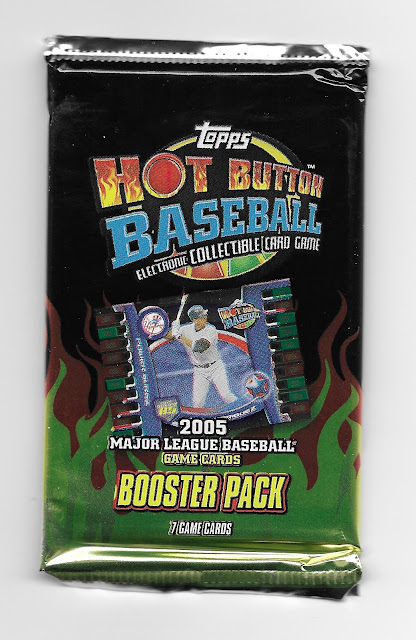 I don't have a single clue what this set is about other than what I can glean from the pack wrapper.  The back of the wrapper states that refractor parallels are seeded 1:3 packs but otherwise there doesn't seem to be any sort of inserts, relics, or autographs listed.

Luckily for me, baseballcardpedia has a bit of information about the set so that I can know a bit about what I'm getting myself into prior to ripping the pack.

So yeah, these are essentially cards used in an electronic game that I don't own.  What could possibly go wrong here?


2005 Topps Hot Button Baseball is a 140-card set designed to played with a game unit. Two players would insert a pitcher and a hitter into the game unit, push a button, and the game unit would generate a result.  All cards are printed on acetate and have rounded corners.

With only seven cards in a pack, this should be a fairly fast rip! 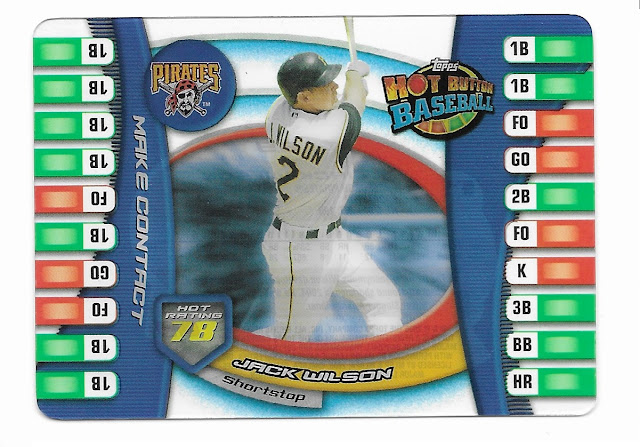 Alright, these cards are kind of interesting I guess.  They are certainly more colorful than I was expecting and I am a sucker for cards printed on acetate! 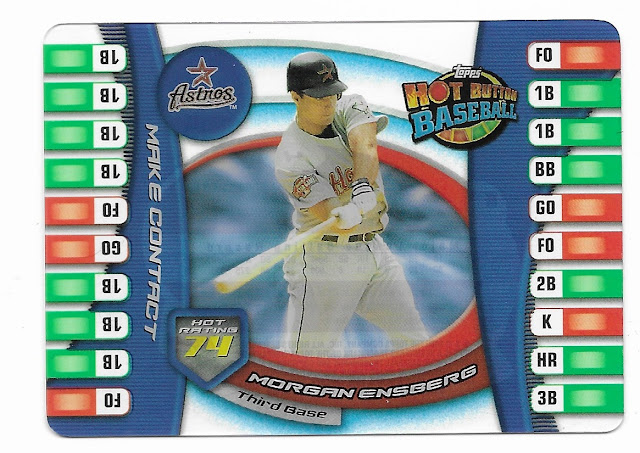 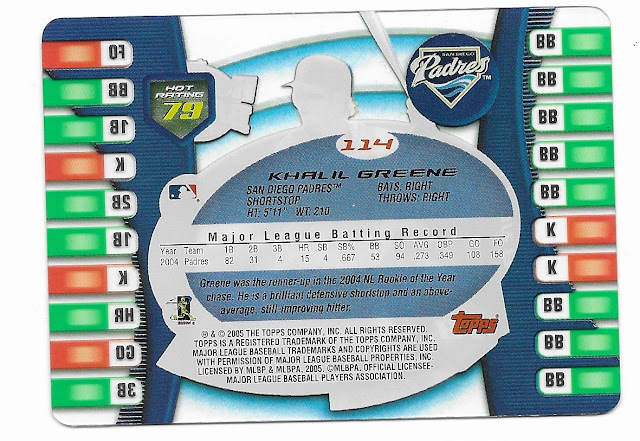 The backs of the cards are nice as well, all things considered.  I especially like the team logos that are easy to spot as well as colorful!  I'm not quite sure what the "hot rating" is for but so far Greene has the highest score out of the pack (79 for him versus 74 for Ensberg and 78 for Wilson). 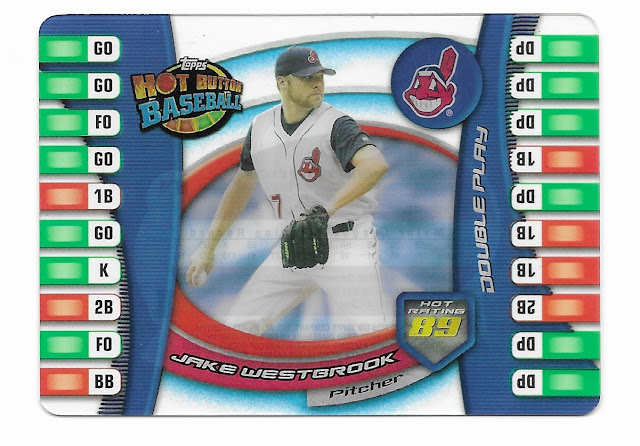 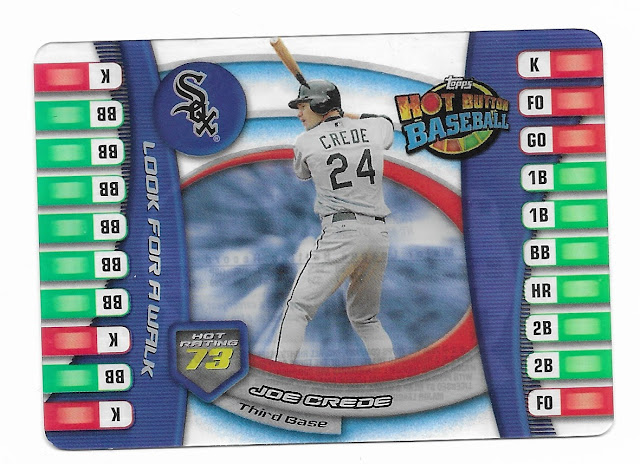 Ooh, a fancy shmancy 1:3 "refractor" parallel.  You'll have to trust me on that since the "refractor" bit doesn't scan well. 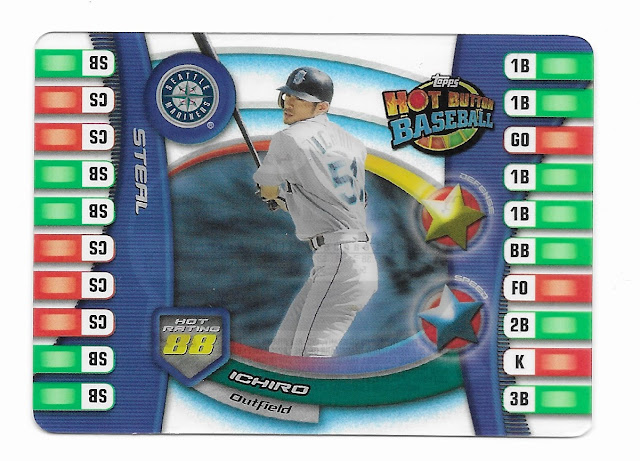 Finally, a legitimate star out of the pack!  Ichiro's Hot Rating is 88 in case you were wondering which is actually a point less than Jake Westbrook's rating. 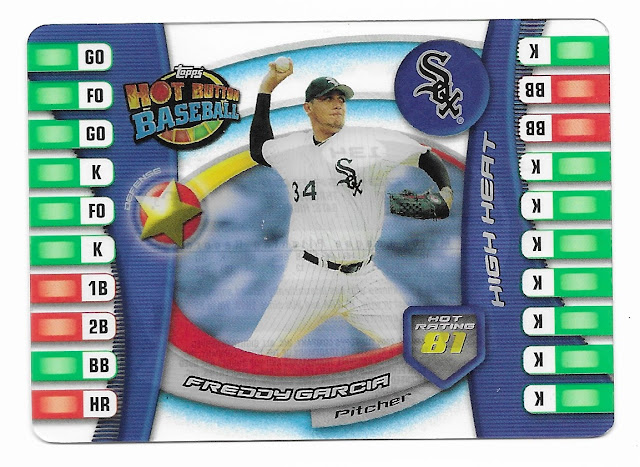