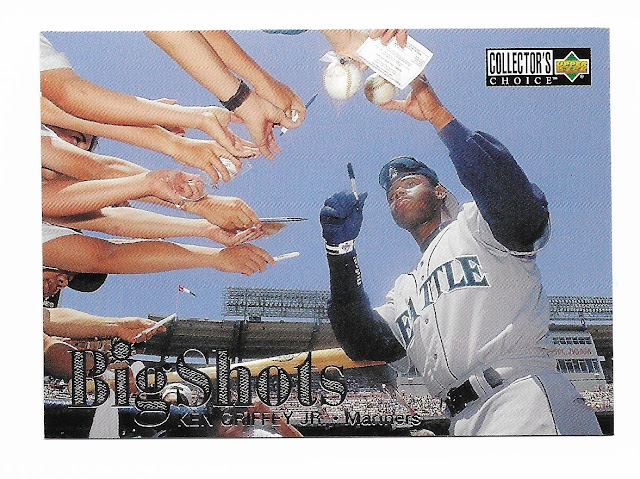 The Big Shots set is an insert set that truly celebrates the photography of the game (such as that awesome Griffey, Jr. card above).
The front of each card features an action shot (or some other neat shot that you'd expect to find in a set like Stadium Club) while the back of each card shows a smaller image of the photographer who took the picture. 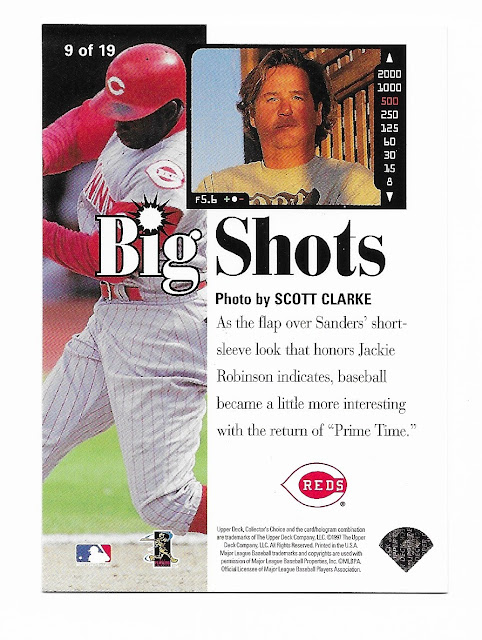 To the best of my knowledge, this is the only insert set that I have that features photos of photographers on it! 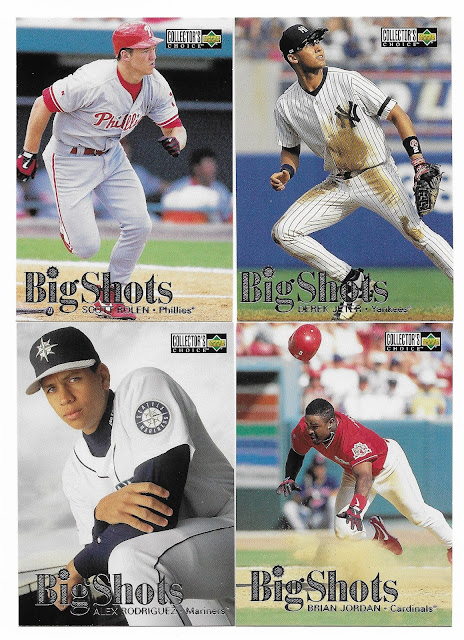 I was still missing six cards from the 19 card set but thanks to my (not-so-recent) COMC order I now have the full set tucked away in a binder!  Of the final six that I needed, the Ken Griffey, Jr. is the clear favorite but I also like that Brian Jordan card with his helmet flying off.  I feel like I have that Alex Rodriguez photo already...perhaps on a card created by Pacific?  I'm not sure but the photo seems awfully familiar to me.
It feels great to have another set completed!  Even better, these were the final six cards that I needed from any of the sets from 1997 so not only do I get to remove a set from my want list but I get to remove an entire year!  I still have two more sets that I've completed thanks to my COMC order to show off.  Stay tuned for those soon!
Check Out My Cards