A Quartet of Framed Relics!

Another week is in the books and it's been a solid week for my 2020 Allen & Ginter framed relic collection.  Over the past seven days or so, I've managed to acquire four more new framed relics from this year's relic set.

One of the fun things about this year's relic set is that there is a great mix of retired legends, current stars, and up and coming young players.  This week, I was able to nab at least one player that I feel fits into each of those categories - so let's start with the young up-and-comer: 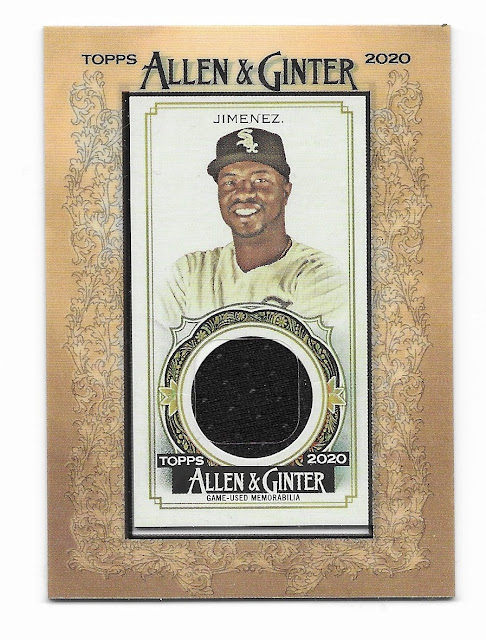 Eloy Jimenez has a nice black bit of cloth - and I've said this many times before, any color is better than white or gray!

Next up, a current star (and the first of two Red Sox relics): 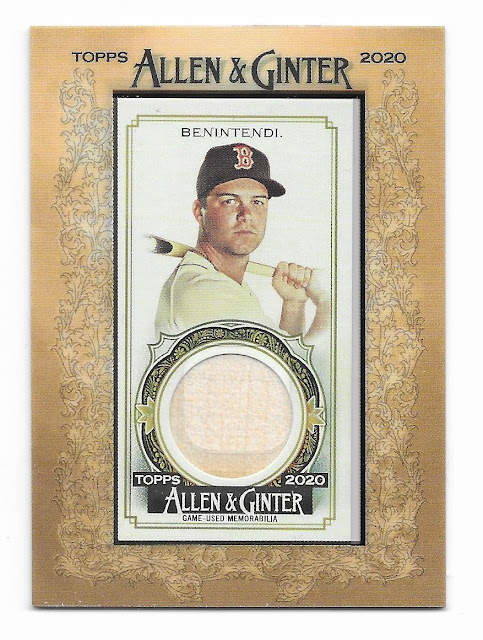 Andrew Benintendi is a guy that I hear about a fair bit but actually don't know all that much about myself.  I generally avoid watching the Red Sox (and Yankees) so I'm kind of out of the loop on those two teams.  That being said about the Red Sox, I do happen to know plenty about my second Red Sox relic purchase of the week: 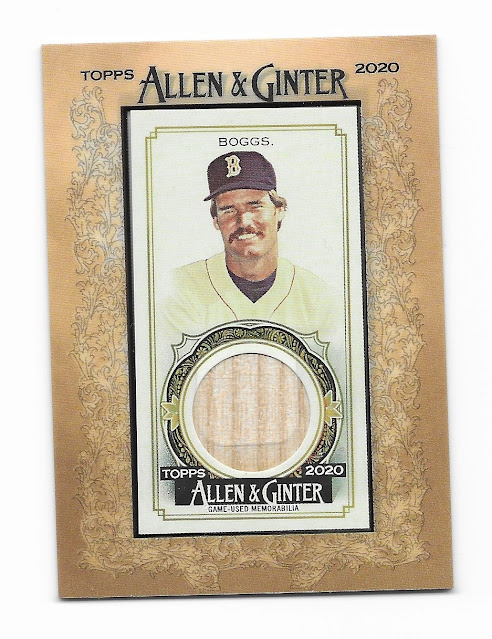 Wade Boggs in the house!  I do wish both of the Red Sox relics this time were of the cloth variety.  It's kind of funny actually in that I used to prefer wood relics but now I've definitely decided that the cloth bits are more my style.  Especially cloth bits with a bit of character...and luckily my fourth and final relic from last week offered a stylish swatch of cloth! 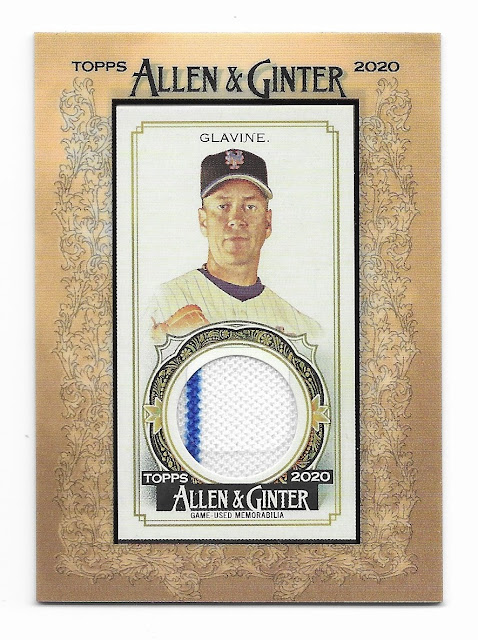 That's Tom Glavine as a Met (which is kind of weird) but I'll take it since it means we get a nice blue pinstripe to add to the relic collection.

At this point in time, I've made a lot of great progress on the 2020 A&G relic set.  Even better, there are still a number of relics that should be relatively easy to acquire (i.e. affordable).  If you happen to have pulled any framed relics out of this year's set that I still need, please let me know as I'd love to trade for some rather than having to rely almost solely on eBay purchases!