on January 05, 2010
These $29.99 tins have been staring at me from the bottom of the Target card aisle shelf for quite some time now. I probably should have continued to let them stare at me... 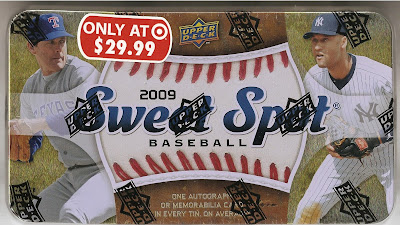 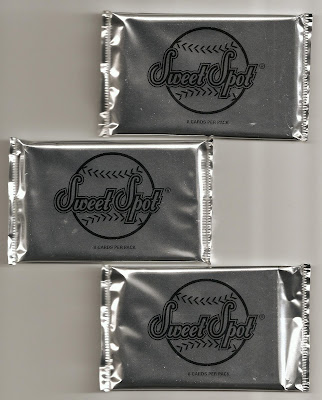 The contents of the three packs: 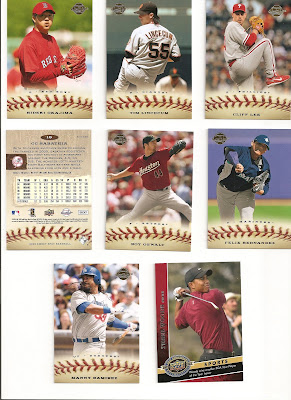 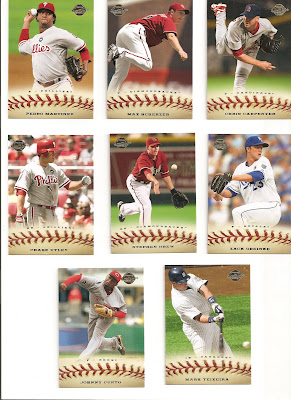 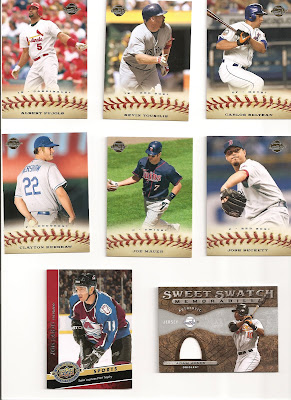 This is the second retail tin of Sweet Spot that I've ever purchased (the other was a 2008 tin). In each case, my "hit" was less than inspiring...and it made me mad that I wasted 30 bucks. Fool me once Upper Deck, shame on you. Fool me twice and you'll never do it again - no more retail Sweet Spot for me, ever.

Note: This same entry is being posted over at A Pack to Be Named Later as well.