on April 30, 2010
As promised, it's time for my second Group Break - and this one promises to better than the last!

PayPal, Post Office money orders, (or cash at your own risk in the mail) accepted.
PayPal can be sent to fanofreds (dot) auctions (at) gmail (dot) com.

Your payment includes shipping in padded mailers and/or boxes (as necessary).

This particular group break promises lots of interesting stuff - and plenty of cards for everyone!  Here's what I'll be busting - FIVE different boxes!  There will be approximately 1,272 cards busted and distributed to Group Break participants!  The boxes promise a bunch of hits, plus plenty of other inserts, short prints, and other goodies.  In other words, there will be something for everyone. 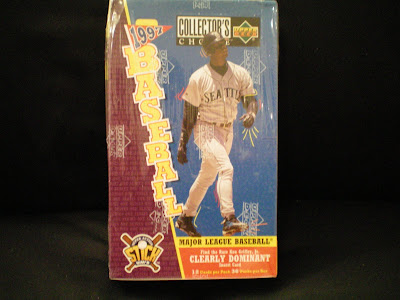 I had a lot of fun busting the 1998 and 1999 Collector's Choice boxes for the first group break so I thought I'd try the 1997 box for this one.  By busting a box of Collector's Choice, there's automatic insurance that all the teams will get plenty of cards, including inserts and other interesting cards!  The box has 36 packs with 12 cards per pack...and there's stickers in the box too! 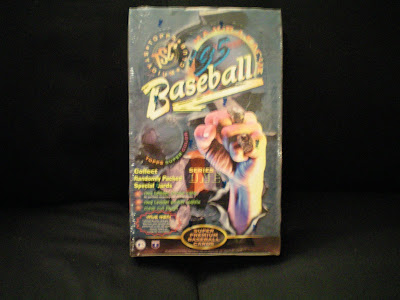 The Stadium Club box looked so interesting that I had to pick it up for the group break.  Check out that fist full of bling - and the box promises "Topps Super Color".  You can't beat Super Color, it's like regular color only Super-y-er.  There is also ring leader phone cards inserted - back when phone cards were actually popular things.  I'm doubting they'll work now but hey, you can try.  There are 24 packs in the box with 14 cards per pack. 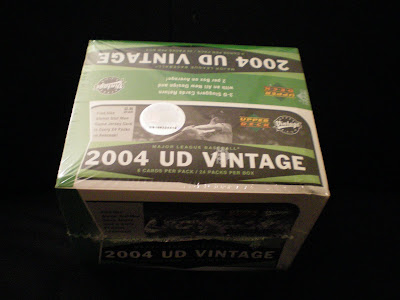 Of course, no group break is complete without at least one box that promises "hits."  In fact, this is the first of three boxes with promised hits.  The 2004 UD Vintage set is a really nice set - and each box promises a jersey hit per box along with two 3-D Slugger cards per box.  I have no idea what the 3-D Slugger cards are but they sound intriguing.  I can't wait to see 'em!  The UD Vintage box has 24 packs with 8 cards per pack. 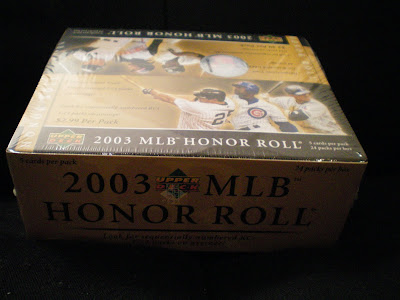 The '03 UD Honor Roll is a set that I had never heard of before purchasing boxes for my next break.  However, the box promises one hit per box, plus one sequentially-numbered rookie card per box.  The UD Honor Roll box has 24 packs with 5 cards per pack. 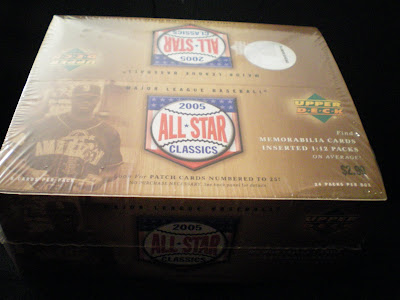 Another set that I've never heard of before now - this particular box promises two memorabilia cards per box on average.  There are also a slew of possible parallels and some other inserts that fall at least one per box.  This box contains 24 packs with 8 cards per pack.

So there it is, my second group break - all ready to go!  All that I need is to fill the thing up.  Here's the deal, you may claim any number of teams (remember $20.00 for the first team, $15.00 for each team after that).  If sending payment via PayPal, please pay in one payment to reduce the fees that PayPal steals takes from each payment.

Note:  A few people have already "claimed" teams from previous posts and/or emails.  If you are one of those but no longer wish to participate, please let me know so I can re-open that team.

Please leave a comment below claiming your team and then send payment via PayPal (fanofreds (dot) auctions (at) gmail (dot) com) or email me to get my mailing address if you are mailing payment through snail mail.
Nachos Grande Group Break 2