We have only three packs remaining - all of which are from the 2003 Topps Stadium Club - Relic Edition box.  At this point, we've already discovered the promised relic in the box, so technically we shouldn't be expecting anything else in terms of hits.  However, this box had a special little surprise (as I've hinted at and alluded to throughout the latter half of the group break)!

Now, let's take a look at the odds for the inserts in 2003 Stadium Club:


As you can see from the stated odds, there are some pretty rare cards in the set...and before you scroll down, try and guess which one we nabbed...

Alright, let's do this.  There are three packs left... 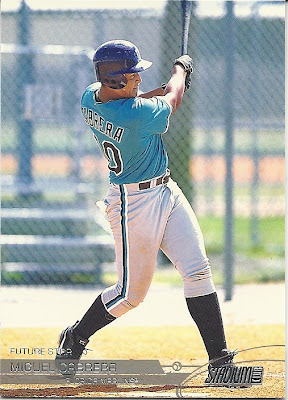 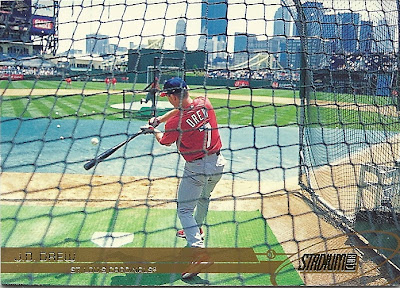 With only three packs left (well, now only two packs left), the Cardinals are one of the clear winners with five inserts/parallels plus a sequentially numbered card and a relic (out of this box actually)! 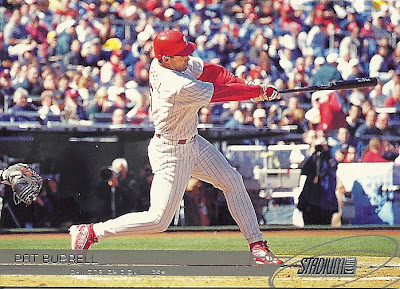 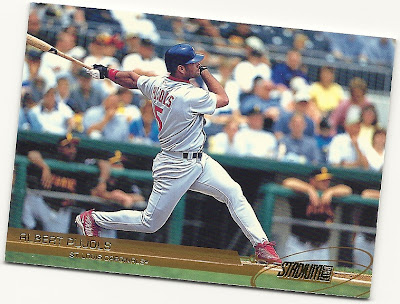 Oh wow, remember what I just wrote about the Cardinals having a great break earlier?  It's even better now that they nabbed their sixth insert/parallel card - and this is probably one of the best yet, Mr. Albert Pujols! 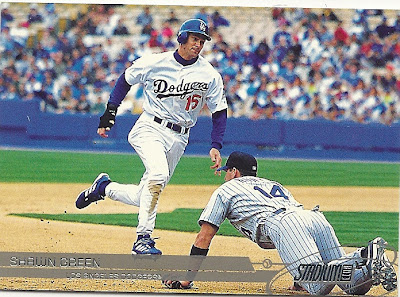 And now, the big hit of the break! 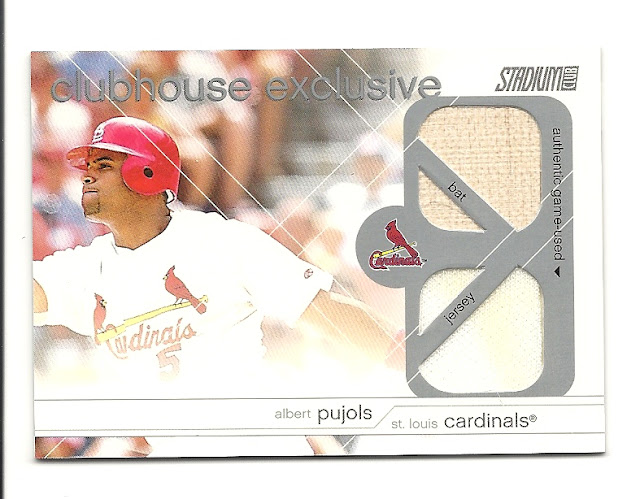 Wow!  Even though I'm not much of a Pujols fan, it felt really awesome pulling this card.  For me, this was the first dual relic that I've ever pulled - and by far one of the hardest pulls I've ever found in a pack (remember, this card is seeded 1 in every 2,073 packs)!  This break was good for the Cardinals all along, but I think it's safe to say that it turned in to a great break for Ike's Cards and the Cardinals!


And with that, the group break is officially over.  Below are the final (non-official since I probably made at least a few mistakes) statistics.  I'll be mailing cards out this week.  Look for a new group break in June (hopefully) - and check out Baseball Card Exchange to see what boxes you might want included next time around, let me know in the comments or via email! 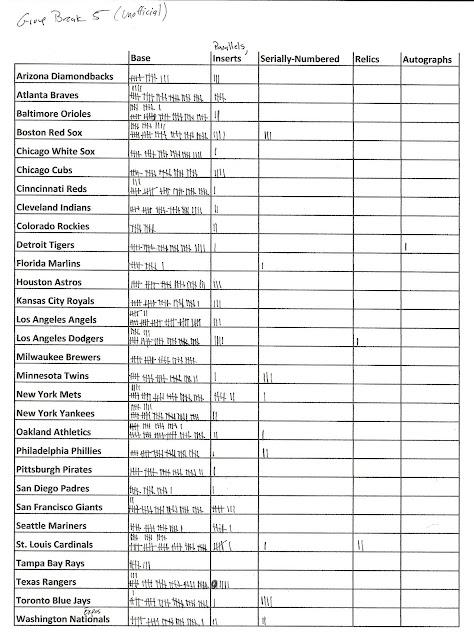