A Pair of Sosa Cards and Mike Piazza's Pants!

on September 28, 2013
Earlier this morning, we finished off the 1993 Upper Deck box (and we found one of the rarest inserts in the set to boot)!  Now, we turn our attention to the remaining five boxes in the group break.  Most of the boxes have quite a few packs remaining, so let's get goin'!

For now, let's put a serious dent in the Fleer Maximum box! 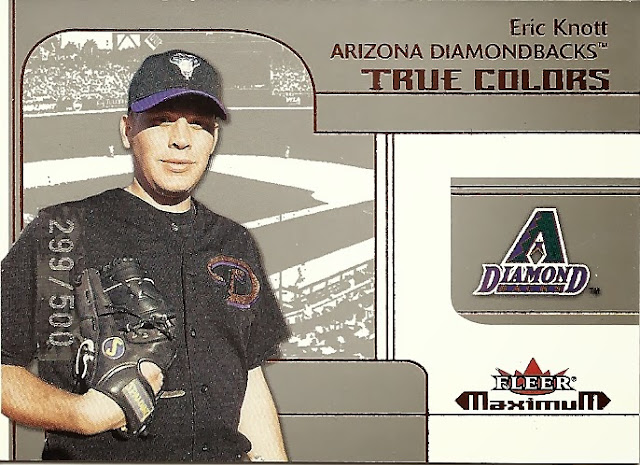 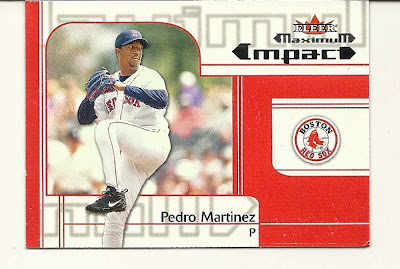 The True Colors Rookies cards are numbered as part of the base set but they are all serially numbered out of 500.  There are 25 such rookies in the set which means putting together the full base set would be quite annoying! 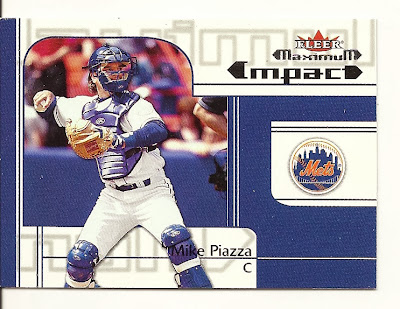 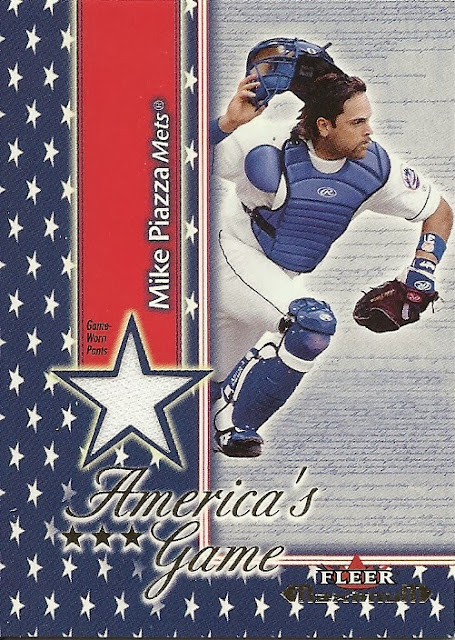 It's a Piazza hot pack!  The Impact short print is nice, but the relic is obviously much, much nicer!  The American's Game relics are seeded 1:24 packs.  This particular star spangled card features a small bit of Piazza's pants, kinky. 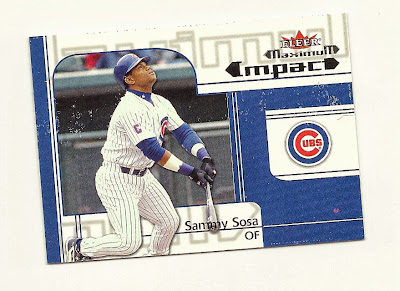 Two Sosa cards in this pack - but most of the others were duplicates if memory serves.  Oh well, at least we found a relic hit for buckstorecards - that's good!