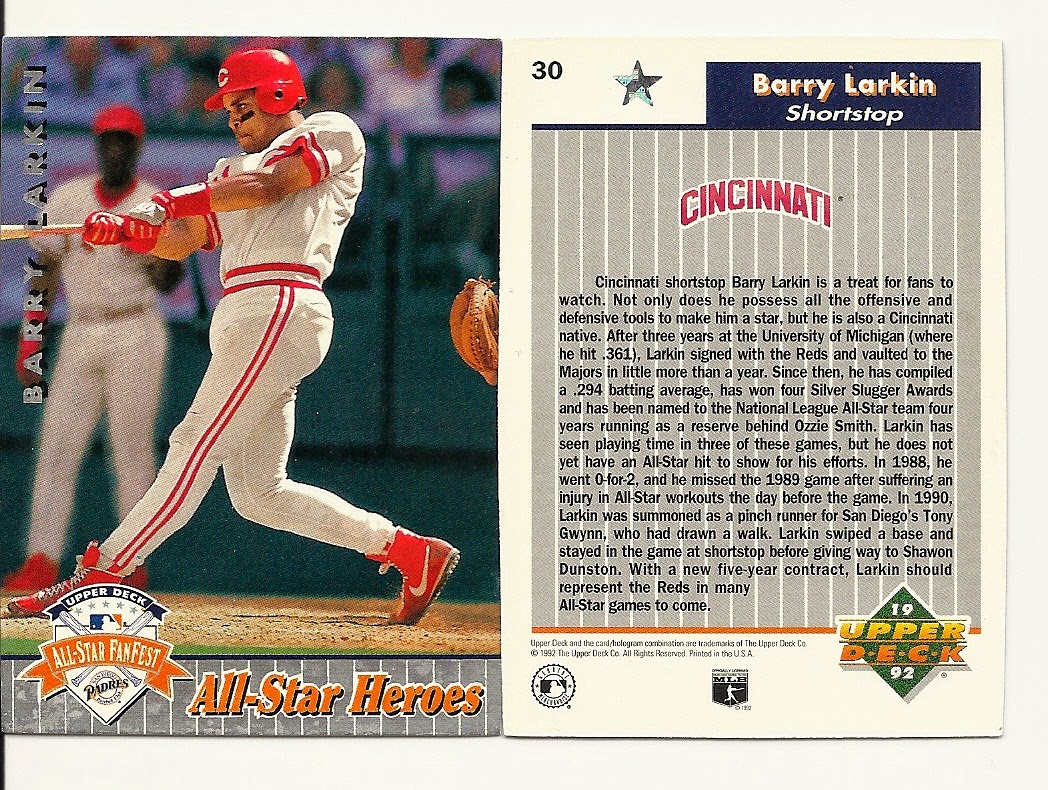 In 1992, Upper Deck released a FanFest boxed set (54 cards total) to commemorate the 1992 All-Star game that was held in San Diego.  The set featured ten future heroes, ten past heroes, and 34 current All-Stars (one of which was Barry Larkin).

As for the card itself, the front features a (much too large) logo of for the All-Star FanFest which includes the Padres team logo (which seems out of place - Upper Deck should have used the 1992 All-Star game logo instead).  In terms of the photography choice, this also wasn't Upper Deck's finest work as Larkin is featured in a rather pedestrian mid-swing shot.

The back of the card makes up for the front though because you get a large block of text full of interesting information including Larkin's playing history in All-Star games leading up to the 1992 clash.