Finishing off Some Sets Thanks to Check Out My Cards

on March 21, 2015
It's not often that I think to go to sites like Check Out My Cards and even look...but for some reason a few weeks ago I did exactly that.  As luck would have it, COMC had a few cards that I needed for prices that I found reasonable - so I went to my Want List and tried to see if I could actually complete a few sets that have been languishing on the ol' list for much too long.

The answer?  Quite a bit of success considering I only bought eight cards for just over $16.00 (including shipping).

First up, the single biggest bunch of cards (in terms of size at least):  Three 2011 Topps Allen & Ginter's N43 box toppers.  Yes, the box toppers are all oversized so that makes this the "biggest pile."  Hah. 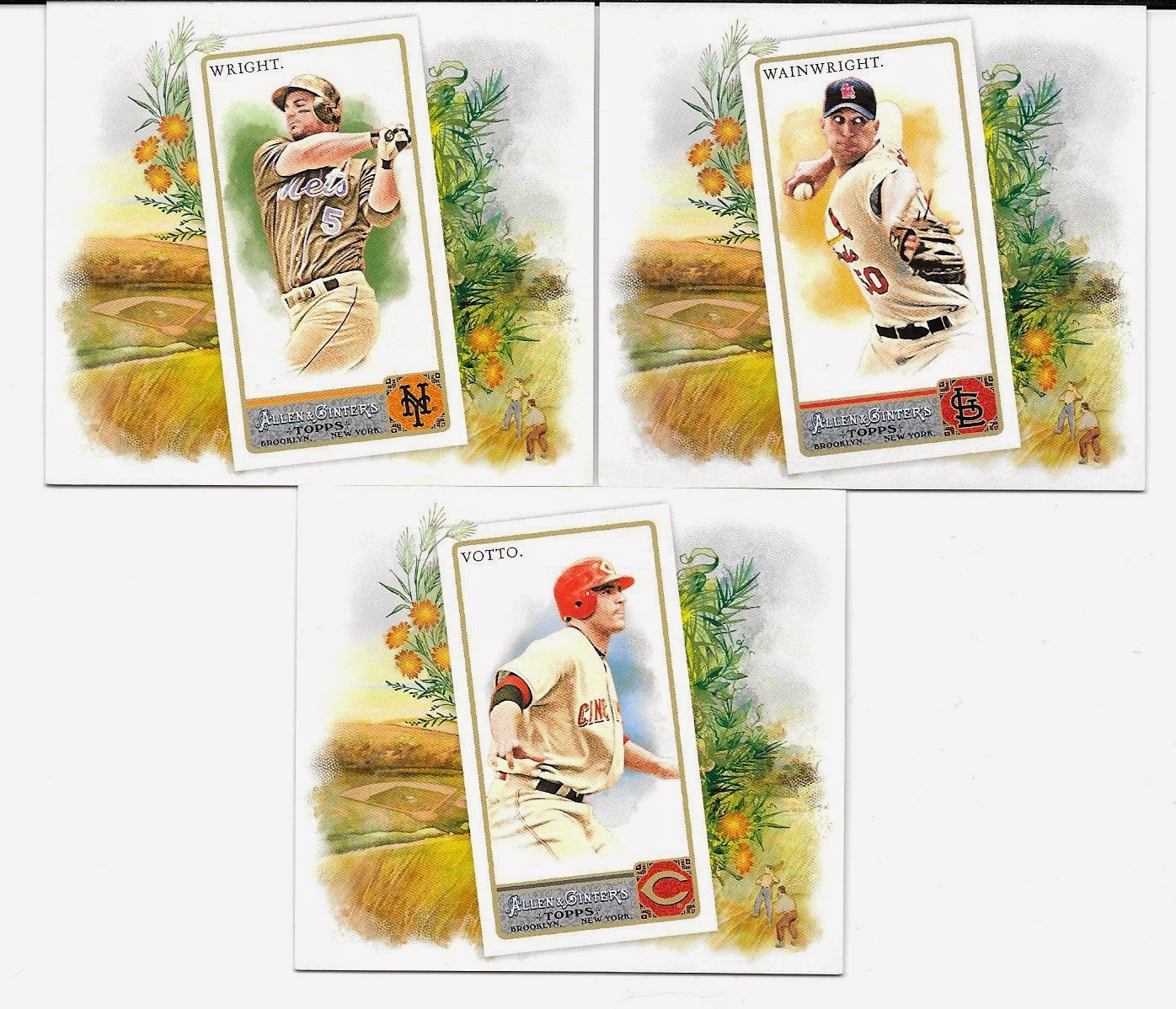 Anyhow, I can now officially put the 2011 Topps Allen & Ginter's set to rest.  Now that I have the three N43s seen above, I have completed every part of the 2011 set that I plan to complete!  That's an awesome feeling - even if I did have to "cheat" to get to the finish line!

Sticking with 2011 sets, I also managed to track down three of the four remaining short prints that I needed from the 2011 Topps Heritage set. 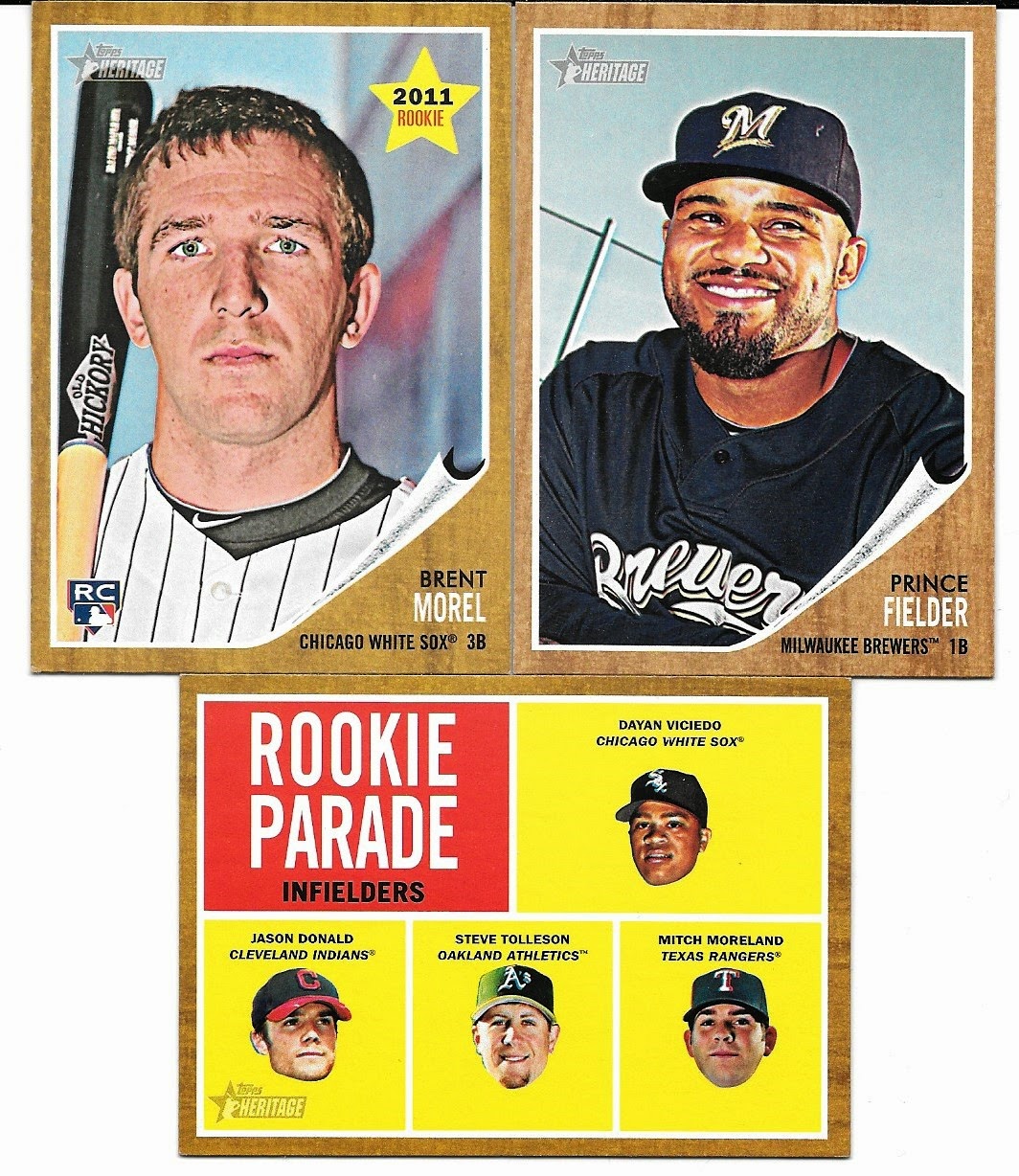 Continuing backwards in time, I picked off the final 2009 Topps Turkey Red insert that I needed - and it happened to be of Curtis Granderson. 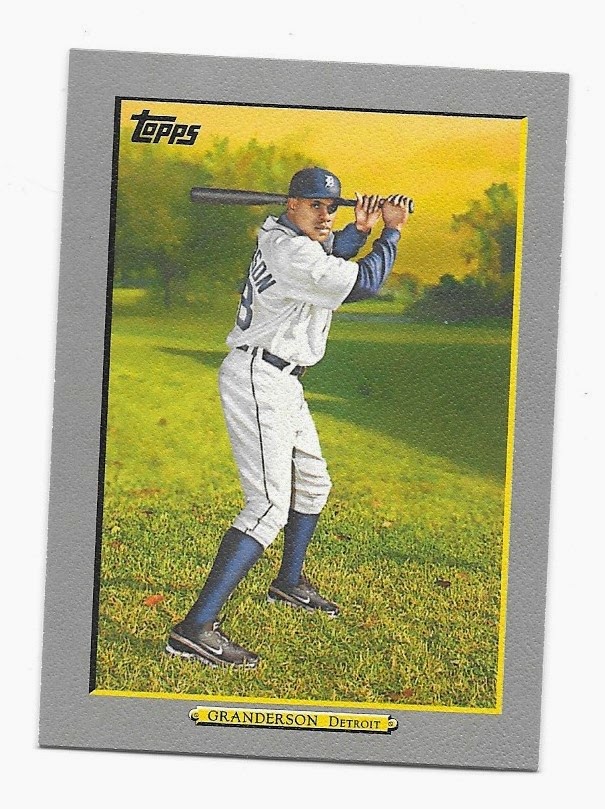 To be honest, I was surprised that I was unable to finish this set off simply via trading but it seems that all 2009 Topps trade wells have run completely dry.  If they haven't, I'm still looking for a few inserts (Legends of the Game and Topps Town Gold - both for reasons that I can't fully explain any more)!

The eighth and final card from my binge purchase takes us all the way back to 2007! 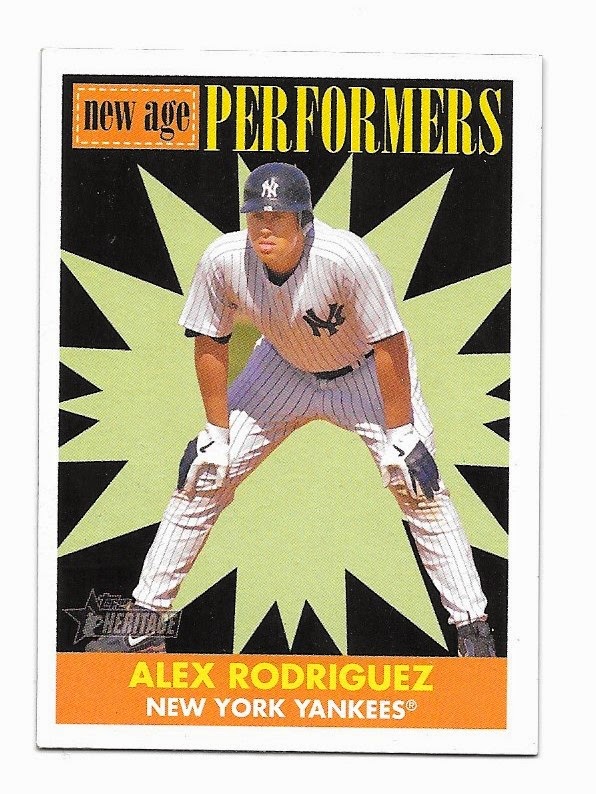 I started getting back into collecting in 2007 - and since that time there has been one card that has eluded me consistently...but no more!

That's an Alex Rodriguez New Age Performers insert card from 2007 Topps Heritage.  There is nothing particularly notable about the card..it's not a short print or anything else that I'm aware of.  It was, for a lack of a better word, simply impossible to track down for years and years!  However, now that I have the A-rod in my possession, I get to remove the entire 2007 block from my want list!  Happy days indeed!!

That's it for my purchase - but I have to say that I still have a TON of other mail to show off.  Since I got so busy with my group break I didn't have much time to show off trade packages.  By my count, I have NINE different packages waiting for me to show them off...and I plan to do so over the next few days!

If you happen to want to get featured on my blog, all you need to do is find some cards that I want and mail 'em to me!


Check Out My Cards Delivery Time