on April 02, 2018
We've now ripped one "real" pack plus the special parallel pack from each of the three blasters.  As it stands currently, the first Target blaster is in the lead (by 7 points) while the second Target blaster and the Walmart blaster are seemingly only battling for last place (point difference is only one).

Will Target 1 increase its lead again or will either of the other two blasters produce some good cards in an attempt to pass by?  Let's find out together!  As before, I will open the blaster packs in the reverse order of their current standings (meaning I will begin with Target 2). 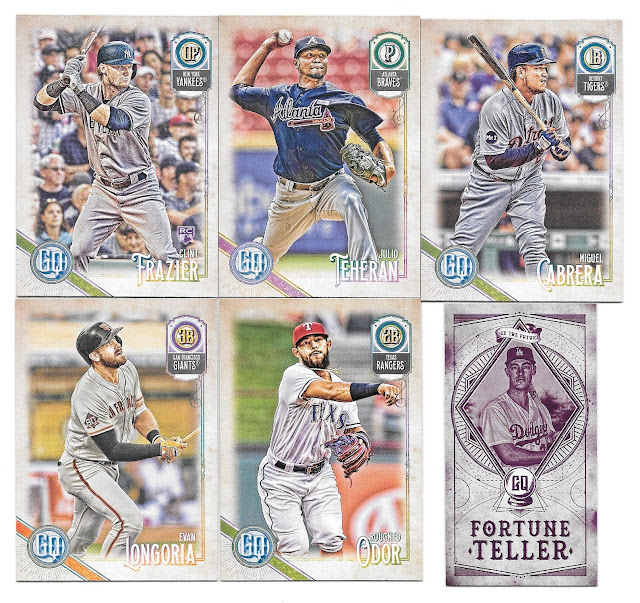 The Fortune Teller minis are seeded 1:8 packs, so let's make that worth 4 points up front (seeded rate divided by two).  That said, the insert is a Dodger (because of course I would pull a Dodger) so that has to knock it down 2 points.  The Frazier is a Yankee (-2) but I do like the Cabrera card (+1).  I feel like this could have been worse...but I also think that Target 2 squandered a prime chance to land a lot of points by producing a Dodger insert. 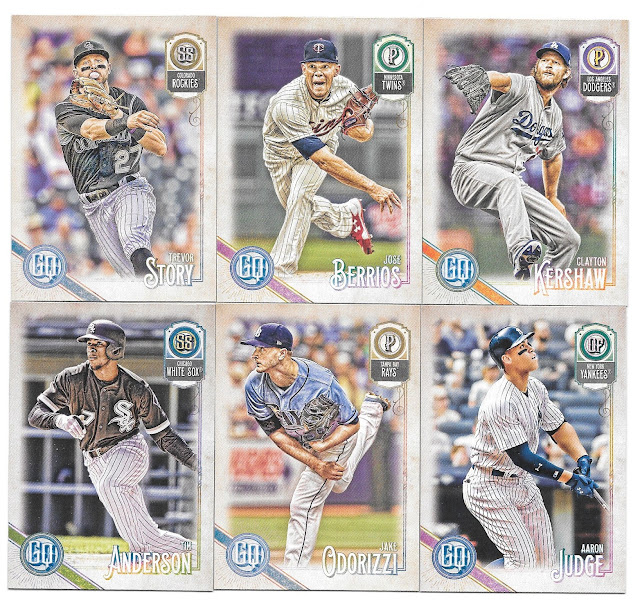 I love the bubble blowing Story in the field (+2) but I'm not pleased to pull another Twin (-1), especially a rather creepy photo like Berrios'.  Kershaw is a Dodger which would normally be a negative but it seems like Kershaw is a tough guy to track down when I need him for a set so I'll be content to add him to my set binder.  In fact, the exact same thing goes for the Aaron Judge card...I won't even apply the usual Yankee negative score since Judge is another guy who isn't readily available via trades typically. 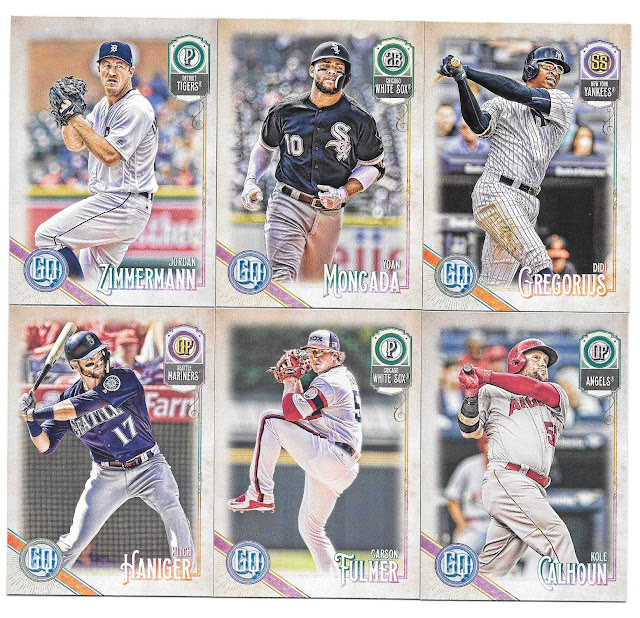 Well, Didi isn't Judge so the -2 Yankee penalty applies.  That said, I'll give him a point back for the cool shades.  If I worked for State Farm I'd be happy with the free advertising on the Haniger card...but I don't so I can't award points there.  I like the retro look that Fulmer is rocking in his card (+1) but otherwise this was an uninspiring pack if I ever saw one.

Well, one insert but it was a Dodger so there wasn't a whole lot of scoring in this round.  Counting the parallel pack, I've now opened up 9 packs of Gypsy Queen and I still haven't found a single Cincinnati Reds card.  Ugh.