on July 22, 2018
I recently opened up my first (of four) hobby boxes of 2018 Allen & Ginter.  While I was planning on ripping into the second box today, I ended up finding myself in Walmart last night where they had two blasters of '18 A&G on the shelf.

So.  Long story short, I now have two blasters of Allen & Ginter to rip through.  Since those are a quicker rip than a hobby box, let's dig into the retail side of things and see what's up there! 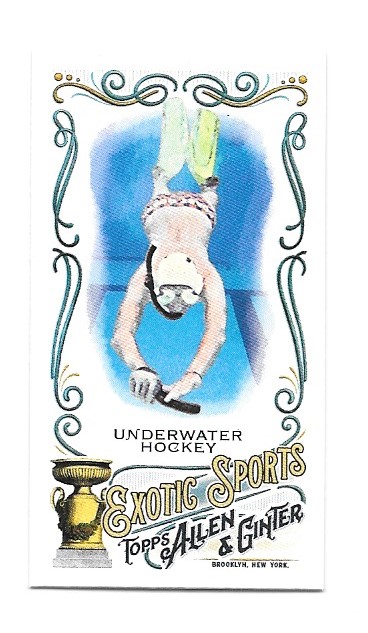 I believe the Exotic Sports minis are retail exclusives (1:8 packs) this year - so if you happen to pull any you don't want/need let me know!  I'd love to work out a trade for them since I doubt I'll be buying much more retail Ginter! 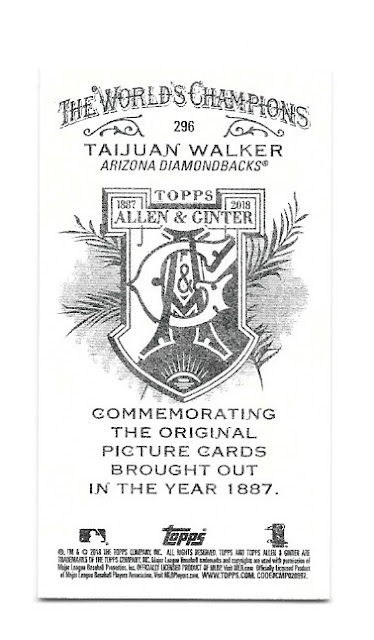 The A&G back minis have long been my least favorite of all the mini variations in Ginter.  For whatever reason, they simply don't appeal to me (that said, I do want the Barry Larkin A&G back mini since I'm a crazy collector person who also has a double standard within my own collecting habits)! 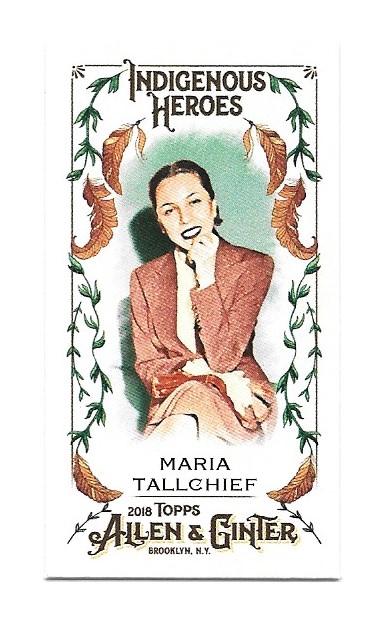 Maria gets her fame from being a ballerina according to the card back.  As for the mini insert as a whole, the Indigineous Heroes are seeded 1:10 retail packs (same odds as in hobby packs). 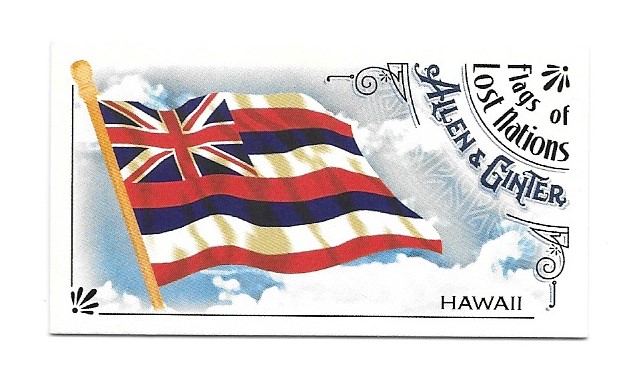 Sweet, another new Flags of Lost Nations mini for me!  The Kingdom of Hawaii existed as such from 1894 to 1898 - long enough to get an official flag but not much else.

The blaster has 7 packs plus 1 bonus pack...or as we would call it, 8 packs.  I'll get to the second half later today if all goes well.  For the first half, I pretty much killed it with the minis - all but one were mini inserts (and the one that wasn't was a slightly rarer A&G back mini).  Not a bad blaster so far by any stretch of the imagination.
Allen and Ginter 2018