on June 18, 2019
Before I get to today's packs out of my 1999 Fleer Sports Illustrated box, I want to remind those of you who signed up to be part of (Even) Better Know a Blogger series to get your answers to me.  I plan to start the event next week!

Now, let's return to the next few packs out of the box! 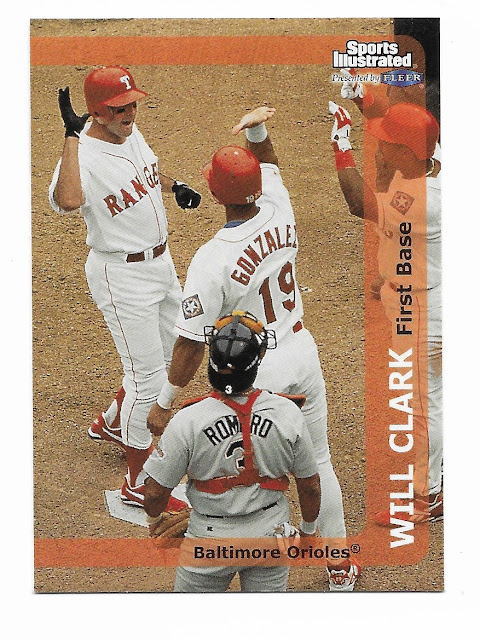 Woo!  We round out the first third of the box with a pack containing three cards that I need for my base set.  I scanned the best of the three - that Will Clark card is freakin' awesome.  I love the angle, the celebration, everything about it is great. 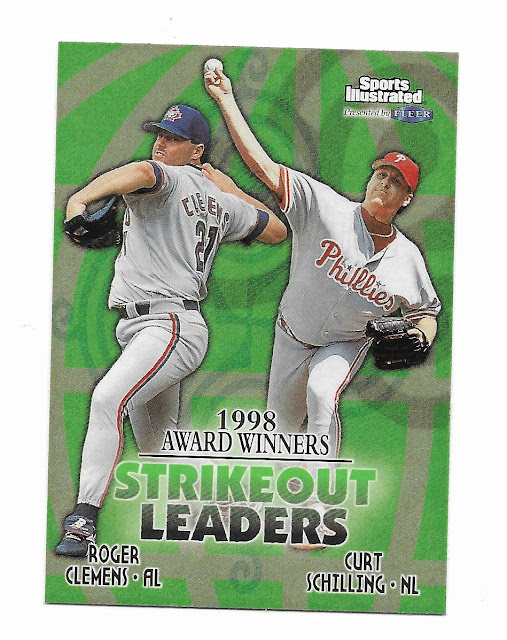 I only recognized that the Boggs was a duplicate within the box because I just pulled one in the previous pack.  I was definitely hoping that I wouldn't pull any duplicates within the box...that sort of thing shouldn't happen in a box from 1999. 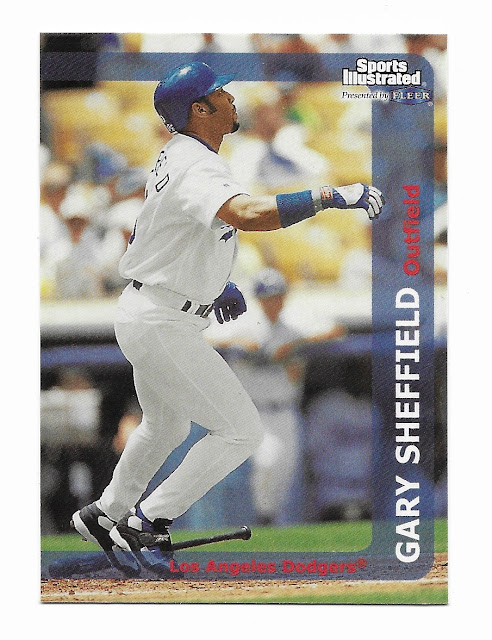 I'll take two more needed cards for my set.  Overall, I ended up with six new cards out of the three packs today - that's exactly the ratio I need to keep in order to be sure to have the entire base set complete by the time I'm done ripping the remainder of the box.