on February 18, 2011
Here is how this works:
Every so often (i.e. whenever I feel like it), I will add a card to a "Trade Stack".  Whenever the stack becomes appealing enough to someone, that person needs to comment on the post saying they'd like to claim the stack AND tell me which card they are sending off of my want list.  That's all you have to do - trade me ONE card (or more, of course) card from my want list for the entire stack of cards that I'm offering.  Each time, it will be first come, first serve...so act quickly (unless of course you are a gambler and hope to wait it out until there are 10+ cards in the stack that you want in exchange for a single 2004 UD Vintage card that I am looking for)!
The Trade Stack:
Last update:  2/18/11


For the trade stacks, I've determined that it's more fun (for me at least) if I come up with some sort of theme (or mini-theme in some cases).  For my first theme, I chose "west teams."  Sure, it's not terribly creative...and I'm running out of western division teams (since the AL only has 4 of 'em total)...  I don't plan to keep the same theme running throughout an entire stack (for example, maybe there's no one interested in cards from western teams, the trade stack will never get claimed).  Instead, I'll let a theme ride out for awhile, then I'll switch it up mid-stack to a new theme.  I will, of course, also throw in some random stuff because random is fun (right?!).  Anyhow, today's card is a Dodger - which means there are now four west teams represented (Dodgers, Rockies, Giants, and a chrome, serially-numbered Ranger).  I'm guessing if the theme continues (and I'm not saying if it will or not), the next card ought to be a member of the AL West...  We'll see I guess (unless someone claims the stack before then of course)! 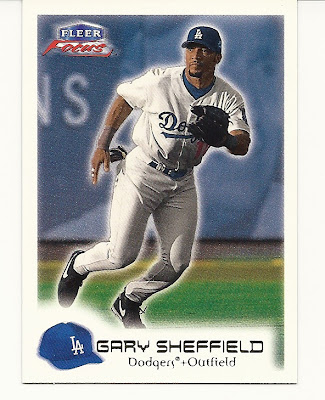 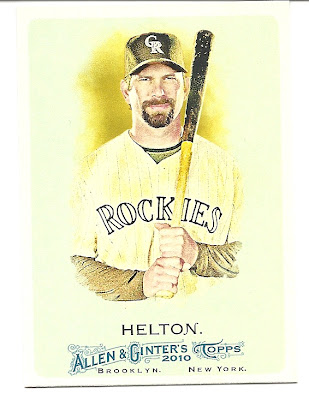 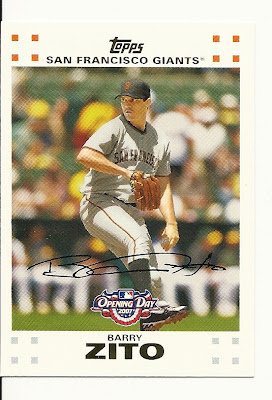 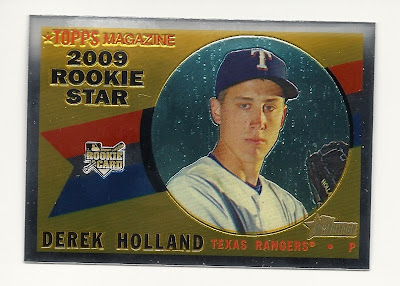